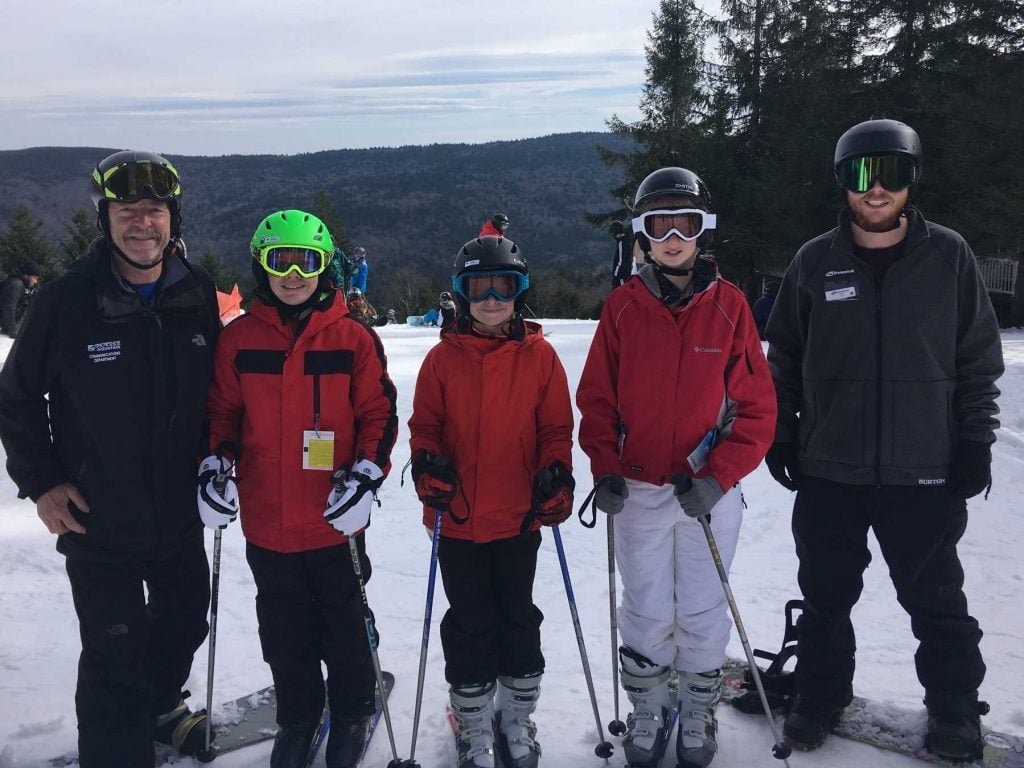 It’s that time of the year, when every snow lover turns their attention to whatever gizmo they use to predict the weather. Some chase caterpillars around their yard to see if cold temperatures are on the way, some check out (why I don’t really know) those incredibly sketchy 30-day forecasts and there are those who just wait and take whatever Mother Nature decides to deliver.

I have been connected to the snow industry on the north side of 30 years, which means things have changed for me in this matter through the years. While I must admit, I use to be one of those who would listen to anyone that was saying cold temperatures were on the way because the leaves were out of the creek or the squirrels were packing it in sooner, that is no longer the case. They say with age comes wisdom, I contend it’s more like, I just know that getting too over excited, can lead to a let-down, that could’ve been avoided in the long run.

Recently most days, I just wait to see what’s happening out my door each and every day when it comes to winter. Yes, I have some of those weather gizmos and use them for data research, but for the most part, I now just wait to see what Mother Nature is going to give us, especially as the new ski and snowboard season is upon us with the opening of a couple resorts in North Carolina and West Virginia.

Again, this year, the dropping of the first ropes occurred in the Tar Heel state at Sugar Mountain and Cataloochee Mountain a couple of days before Thanksgiving. Mountain Operations at both resorts took advantage of an excellent snowmaking window to cover a few slopes with a few tons of snow and the 2017-2018 season officially began. No longer are we waiting; the season is here and away we go.

I must admit I have been closely watching the various weather patterns hoping that some additional cold days were headed our way and then I stepped back and realized I was just hoping against hope. Let me remind you, I am truly one of those folks that just takes weather one day at a time. So I dropped by said, take a breath, it’s going to be what it is and be patient, those personal first turns will come. However, when you have a 13-year old beating you on the head to head to the slopes, it’s tough to just sit back and wait for those first turns to come to you.

Luckily, that afore-mentioned 13-year old is also is a meteorologist in training so to speak. Christian (the 13-year old does have a name) has taken up trying to predict the weather, mostly during active periods like hurricanes, tornados and blizzards. Someday, probably soon, I will share with you how he predicted Hurricane Harvey’s path better than the so-called professionals and still refused to wear body armor when it’s rainy and windy outside, thinking it’s better just to stay inside, where it’s warm and dry. Sorry I digressed a little there, but I think you get my point, that Christian is ready to go downhill and knows there is plenty of man-made snow so close by to our home in Scott Depot, West Virginia.

When Snowshoe had it’s opening day this past Friday, I know he was dying to be one of the first on the open terrain. However, I had to remind him he was scheduled to provide coverage of a high school football playoff game on West Virginia Metro Sports Friday night and despite a small groan he understood, knowing we were hitting the road at 6 am on Saturday to be at the top of Snowshoe by 9 am for those first turns. By the way, Christian has been covering high school football for the state radio network since he was eight years old.

After a bit of a late-night Friday, getting back from the playoff game around 11 pm, the rubber met the road at 6 am. We picked up one of his running mates Ashley Beasley and off we went, with everything needed for those first turns of the season. As we got closer to the resort, the anticipation grew as the sounds from the back seat of our Subaru got louder and louder. I wanted to reach back and feel his heart beat, but my wife discouraged that move, since we were on a typical curvy West Virginia rural road. Hey, you’ve got to make some turns, so you can make some turns, I always say.

We met another one of Christian’s running teammates from school, Brady Dawkins in the Village of Snowshoe, as both boys and Ashley were eager to let gravity be their friend and make those first turns of the season. The temperature was in the 30’s with the sun peaking out from behind a few clouds. Perfect weather for those first turns, not too cold or warm, just right to have some fun on the slopes.

I could tell all three of the young skiers were a little nervous at first, but just like riding a bicycle, it came back to them fast and away we went. Oh yes, I forgot to tell you, this old guy was just as excited as the kids for those first turns of the season. I believe you never forget each season where you were for those first turns. Something like a golfer, knowing exactly where and how they made every shot they have ever made. The day was great, and fun experienced by all and away we go for the 2017-2018 ski season.

I am finishing off this week’s column on a sad note, last week a huge friend of the industry Dave Dekema, Snowshoe Mountain’s Vice President of Marketing and Lodging passed away suddenly at his home in Virginia. The industry lost a true fan of the sport, Dave lived to see smiles on everyone’s face when playing on the snow at the resort or just visiting and enjoying an event the resort was hosting. Your excitement level will be missed Dave, RIP.