The First Friday of the Season is Here 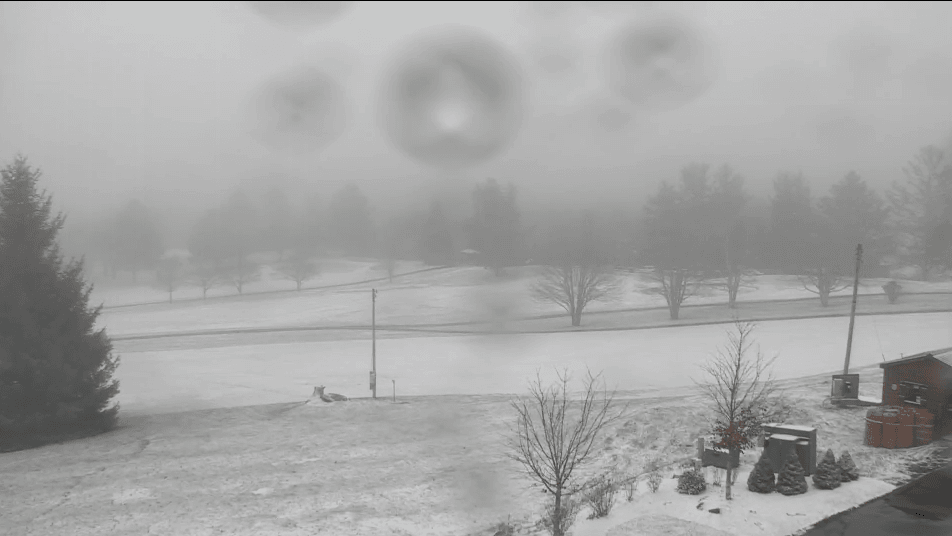 The work week is almost over…hoozah!  Even better, I have some cold temps and snowmaking to talk about this morning.  Woo!  Let’s start first down in Maggie Valley with Cataloochee.  Looks like they only received a dusting of snow overnight, but they were able to make snow.  See photo below. 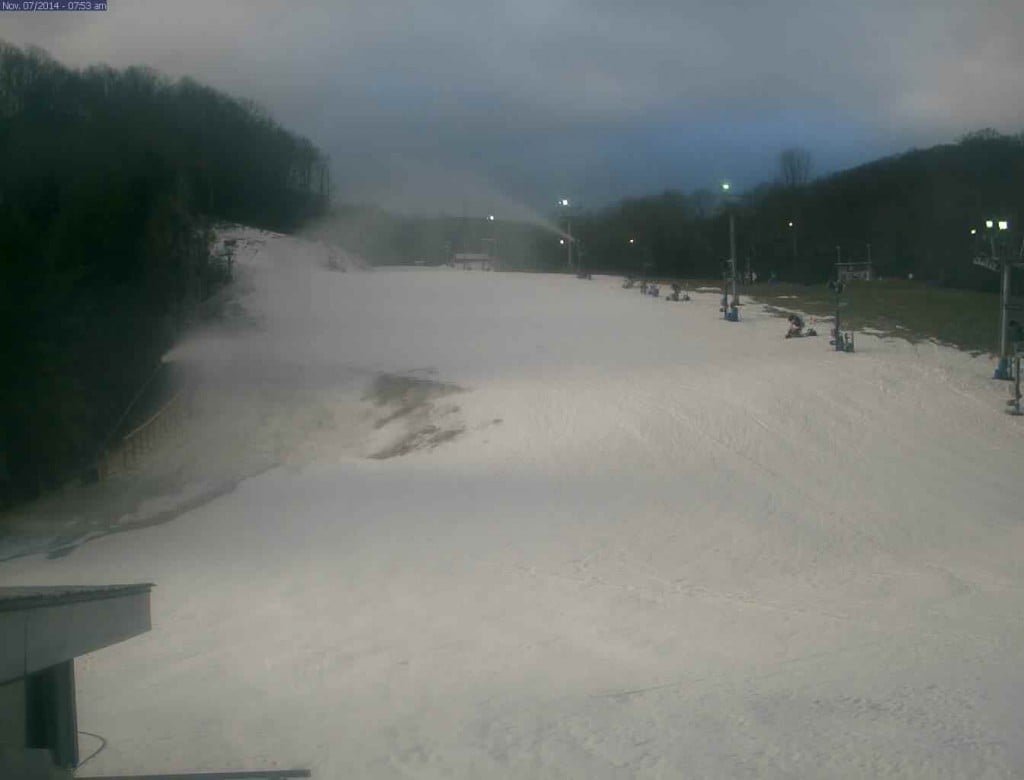 Hopefully some snowmaking tonight will help cover up that bare patch! In good ole Avery County, Sugar is reporting 1.5″ this morning and are making snow as of this post. I’m not going to lie, that snow total seems a little suspect based on what I’m seeing on the webcams and what CoCoRaHS is showing. It’s pretty close though I suppose, especially when you look at the activity cam on Sugar’s website. The lower elevations there seem to have escaped the high winds that scraped everything off at the top.

It’s November 7th and we’ve already seen two snow events, albeit one of them is really small. Woo! STOKE. The weekend is looking nice with plenty of sunshine and some more snowmaking tonight at both resorts will help fluff that base. Should be fun! And we’re still on track for that cold snap next week that I was talking about yesterday. As one Ray’s Weather put it, the cold is an “almost foregone conclusion”. Stay tuned for that next week.

Did you guys know that Sugar and Cataloochee both are sporting new trails this year?  If you read the site on the regular, you know we’ve already profiled the new trail at Sugar a month or two back.  I was looking at Sugar’s new trail map this morning and it’s still so weird to see Gunther’s Way on there.  It looks like it is going to be a pretty sweet trail and after seeing it from a distance on Sunday when it was covered in snow, I echo that sentiment even more now.  It’s a very steep blue run, that’s for sure.  It’s fairly wide in spots too and I bet on a pow day Northridge to that run would be awesome.

Sugar has already announced their trail, so the main reason I am mentioning this stuff is because Cataloochee has a new run of their own this year.

I came across that tweet the other day and was kind of surprised. As far as I can tell, Cat hasn’t announced it yet or done a press release.  I could be wrong though. There was some speculation on the messageboard about it this summer and it appears that speculation was correct. It’s not a huge run by any means, but it’s still cool to see a resort cutting new trails. Props to both!

And with that, I am done for the week.  Mike will be with you guys this weekend.  I’m looking forward to reading his thoughts on Cat, Sugar, snow, the upcoming cold, etc.   After a week plus away, I”m sure he’s got a lot to talk about.