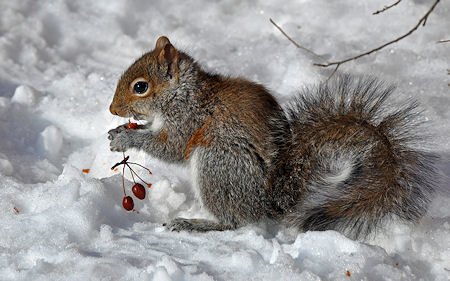 Just over three weeks ago the majority of the ski resorts in the southeast did not have any activity going on, on the slopes.  Now I’m glad to report that not only are all of the ski resorts in southeast providing all the sliding any skier, snowboarder or snowtuber would want, but the vast majority of the slopes are now open and more are coming on-line it seems like every day.  I could’ve titled this week’s column, “Rebound Up And In”, but I’ll stick with what with my first thought.

I was asked the other day by a reporter for the Herald Dispatch, how tough it was to get the season fully underway.  I thought for a second and told him, “In the past I have seen seasons getting started like kick starting a 747, this year it was like kick starting a Space Shuttle.”  Wow, what a ride it has been and again (I know I am repeating myself, but) if it weren’t for your neighborhood snowmaker, every resort in this region would be in the dumpster waiting for Mother Nature to provide enough snow for some sliding on the slopes at your favorite resort.

So where do we go from here? Well first off, every resort is coming off a very good (rebounding) MLK holiday weekend.  I made some calls around the region the other day to resorts that have lodging and folks who rent lodging on and off a resort and they informed me that they were having a tough time keeping up with all the calls.  Again another 180 degree turn from three to four weeks ago when everyone was calling to cancel or rebook their trips. Through the phones I could actually hear the smiles, (yes hear, I know what I wrote), the happiness the winter weather has brought everyone in the Southeast Ski Areas Association from Tennessee to Maryland.

Our family still has a farm house about seven miles north of Snowshoe Mountain Resort, a home I purchased during my days working for that resort.  Each winter I keep a close eye on the temperature because anyone who owns a house in basically the middle of nowhere understands how much trouble frozen pipes can cause, especially if you are not occupying the dwelling 24/7.  So when I know the temperature is forecasted to head south and I mean really south I check my weather app on my (sometimes, not so) smart phone a few hundred times a day (my wife thinks an hour) to see if I need to get my neighbor across the street to drip my water.  My point with this narrative, winter is here and I for one am very happy about that fact and will deal with anything that comes our way, no worries for this guy.

While I am on the subject of the farm house, which I purchased in 1992, I have always had challenges with field mice that think they could take up residence without paying rent and just poop wherever they want.  Sound like fun doesn’t it?  Well when we lived there fulltime, our late cat 10k would always be proud of her catch, dropping it in front of us, whenever we least expected a present from her.  Since moving out, a trap here and a trap there seemed to make sure we didn’t have unwanted guests.  But for the first time in 23 winters, we have had a family and I mean a big family of squirrels to move in without an invitation.  As we were preparing to depart from the farm recently I was brought into one of the bedrooms by the sound of screaming from two 11-year olds and one so-called adult (my wife), claiming that four to five mice had taken over the closet.  Upon further inspection and seeing for myself, I realized that what they were seeing were squirrels and not mice.  By the way, the big furry tail gave the one I saw away, if you know what I mean.  Long story short, we have evicted the squirrels (with live traps), all 15 of them and peace has been restored to the farm for the time being.  Again another piece of evidence that winter is finally here, because all of God’s little creatures are looking for that warm spot to make it through to spring.

Another way to know that winter is really here, the complaining from some out there on the slopes that the snow guns have been operating during the day or night when the slopes were open.  I warned everyone back in December that I didn’t want to hear a peep out of anyone as it pertains to snow guns operating on open terrain.  It was going to be one of those cases where you just slip on your goggles and go about your sliding way on the slopes.  Need I have to remind you that it is because of those snow guns that anyone can even have any kind of fun on the slopes right now.  I was reading in a recent First Trax written by Mike, that the most natural snow any resort had gotten this year was Snowshoe and that total was a measly 20-inches.  Folks I am here to say I have seen it snow 20-inches in about six-hours on that mountain.

So winter is here and the resorts are finally in the shape everyone was expecting the first of the year, but you know what, that’s in the past and we can only move forward from here on out.  That means it’s time to grab your skies or snowboards and head to your favorite resort and let gravity be your friend while having the adventure you been waiting for since last season.

Previous Post
The Best Day of the Season So Far…today.
Next Post
Snow is Falling Across the Entire Region. Up to 2″ so Far…

You Blinked, Didn’t You?

It Is Winter, After All

One Crazy Season Rolls On