The Final of the Big Three Weekends is Here 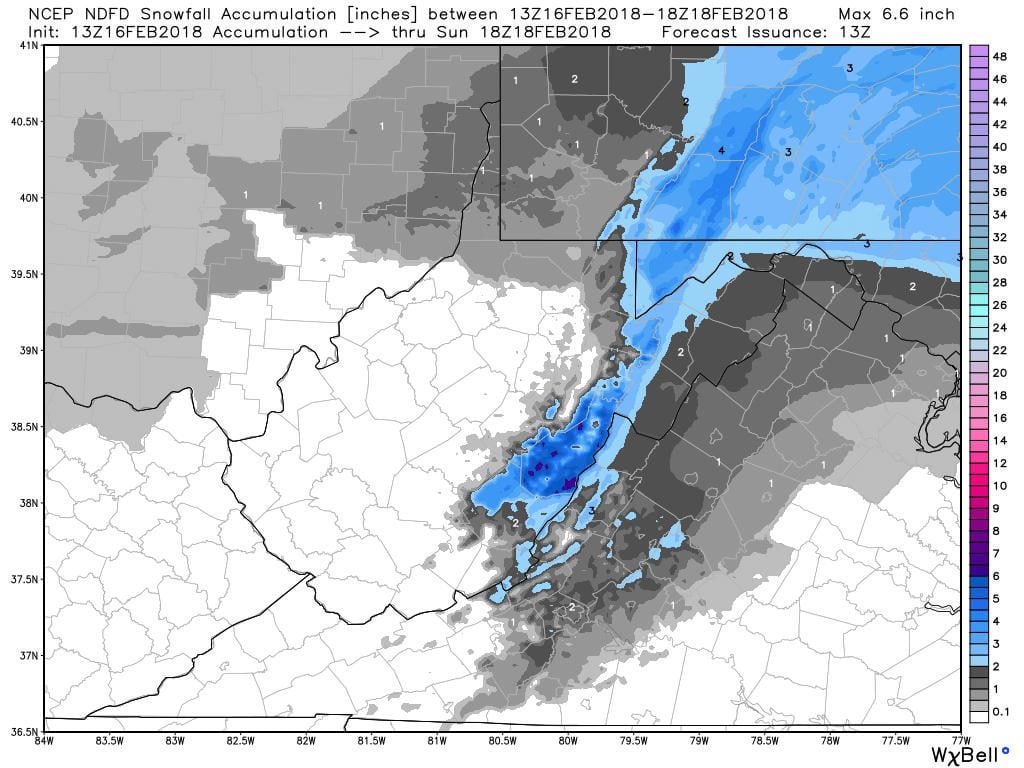 After talking about it all week, the President’s Day holiday weekend is on our doorstep.  The weather leading up to it has been less than ideal, but there is a bit of snow in the forecast for some ski areas and cooler temperatures will move back in.  It’s not going to be an epic weekend by any means, but there’s still plenty of snow to be had and trails to be skied.

Searching for Blowing Rock hotels or rentals? As a guest of the Alpine Village Inn or The Homestead Inn, you will be welcomed by innkeepers ho make you feel right at home with their warm and friendly hospitality.  Both are located just minutes away from Appalachian Ski Mountain and are a short drive away to Sugar Mountain and Beech Mountain.

Family owned and operated for over twenty years, The Alpine Village Inn strives for the little touches of home over and above their rigid standards. They are Triple AAA , Mobil Guide, Trip Advisor and SBC rated. The convenience of being in the heart of town, walking distance to restaurants and shops assure the comfort and convenience of our guests. Our fifteen motel units are all ground level and have air conditioning, heat, cable TV, Wifi, refrigerators, and phones.

The beautiful Homestead Inn has been owned and operated by the Valet family since 1995. Innkeepers Rob and Caroline invite you to stay in their beautiful mountain retreat which is made up of 15 newly remodeled standard and deluxe cottage-style rooms.  Each room has its own personal touch “compliments of Caroline.” This single level cottage-like Inn has 15 immaculate rooms, some with fireplaces and Jacuzzis, all with hand-made quilts, fine furnishings, and updated bathrooms with granite tops, marble tops and showers.

Both locations have availability for the upcoming weekend so check out either/or if you plan on heading to the North Carolina High Country.

Ooowee yesterday was warm.  Temps in the 50’s and 60’s at the resorts created some forgiving snow conditions.  I say forgiving because when you ski or ride in snow that soft and take a spill it doesn’t really hurt.  Usually that occurs in March and not mid-February though.  I always like to ride park when conditions are like that because I definitely fall a lot when doing double corks.  Ha.  Just kidding.  This is what I usually look like.

Today is a transition day as a front is going to move through and usher in colder air behind it.  It’s mild once again this morning but temperatures are expected to fall throughout the day.  Canaan Valley Resort is taking an interesting approach with the weather.  If you notice on the snow report this morning you’ll see that they only have 6 slopes open today.  That’s not a mistake.  They are purposely keeping many trails closed today to preserve the snow until they can begin making snow tonight and get the groomers out on the mountain.  That’s probably a pretty smart way of doing things to ensure the best possible conditions for the crowds tomorrow.  They should be back up around the 25 trail count by then.

Here is the latest forecast from Brad Panovich where he discusses the weather ahead for the weekend.

In what has been the theme for the last couple of weeks, we have another round of rain to deal with.  The radar this morning shows a large line of showers just to our west and that will move in shortly.  Temperatures will fall today and snowmaking tonight looks like a good possibility for some ski areas.  As of right now, I can’t see the ski areas in North Carolina and Tennessee making any snow tonight (although with Sugar you never know).  To be honest, it doesn’t look like snowmaking is a reality for the North Carolina ski areas this weekend at all.

The better chances for making snow are up into West Virginia and Maryland where temps will get into the teens and low 20’s.  The Virginia resorts are more borderline and normally they wouldn’t make snow in such marginal conditions, but with the last week of crummy weather and the important holiday weekend the slopes could definitely use a refresh.  Massanutten mentioned snowmaking temps once again on their morning report.

More precipitation moves in tomorrow and again the conditions will vary depending on where you are.  As Brad showed, some snow is possible up into the northern section of the region.  Man, the NC resorts are going to get shafted this weekend!  Anyways, the latest forecast from the National Weather Service is calling for a general 1-4″ of snow for the resorts up in VA, WV, and Wisp.  That would be for the Saturday afternoon to Sunday morning time period.  There’s a nice little bullseye on the snowfall forecast map below right around Snowshoe so maybe they can eek out a little more. 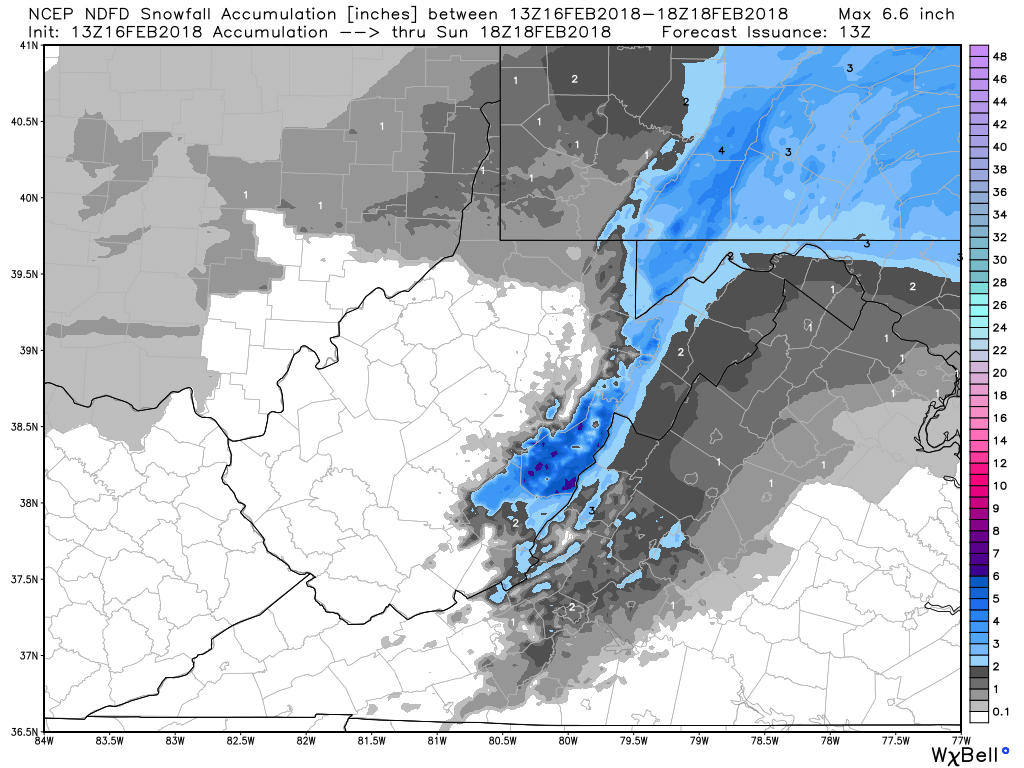 Sunday should be a good day no matter where you go, and especially so if you are at one of the resorts who sees some natural snow.  You’ll want to get out and make some turns on that day for sure if you can, because Monday looks dreary again.

All in all, it’s not the best of weekends but it’s far from the worst.  There are several events going on at the resorts and I’m sure there will be a bunch of Olympic watching parties.  Sunday could be a sneaky good day for some ski areas and a wet powder turn or two could be a real possibility.  As for next week and beyond…we’ll worry about it later.  There’s still a month plus left of winter.  Enjoy this weekend and the snow while you can!