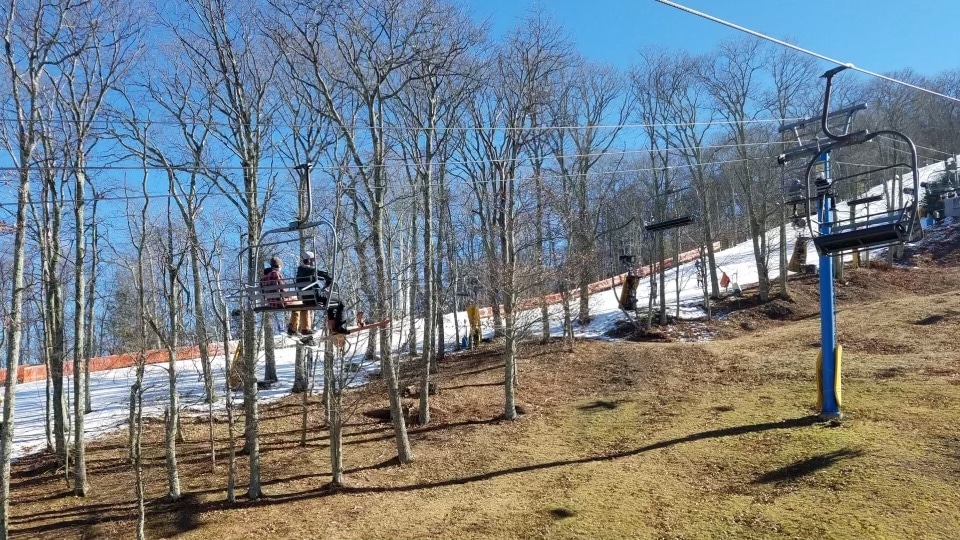 Hello skiers and riders of the southeast.

There is something special about pulling the equipment out of the off-season storage, loading up the vehicle, and making your way to a place where snow is on the ground and the lifts are spinning above. That extra eagerness gets amplified as the mile markers and the mountain peaks pass by. A feeling of familiarity kicks in as old routines fall back into place, and the skiing or riding beast from within grumbles while knowing it is about to feast.

Words cannot express the gratitude that the snowmakers, trail maintenance, and ski patrol deserve. In an almost instant, ok more like within a few days, they were able to lay down the blanket and provide us with great early season conditions to some of the prominent trails within the region. If you want top to bottom terrain that comes with a side of casual leg burn, the sensation of gliding, and a few scoops of woo-hoo’s, you have options now.

Cataloochee Ski Area is one of those places that did such a thing, and for those of you that were in attendance recently, you really lucked out. Last Saturday was a beautiful bluebird day, with very little wind, and temperatures warm enough to stave off the snow guns during the daytime hours. November turns can be hit or miss, especially if mother nature has a few tricks up her sleeves, but to get all these pieces at once is a bonus. 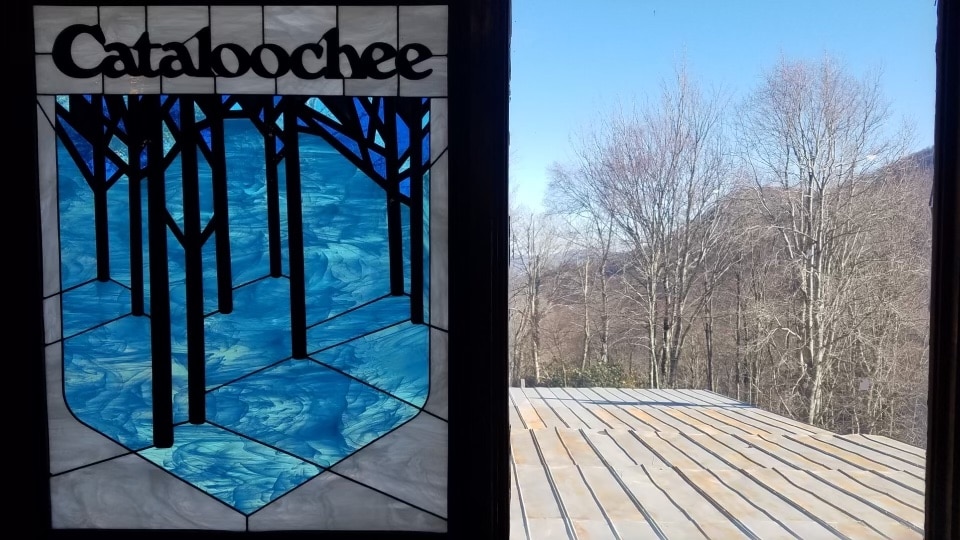 It should be noted that they were offering night skiing on that day, but only for that day. Night skiing is in the dark again while they work to open up more terrain, but they plan on turning the lights on for good until the end of the season on Saturday, December 11th.

Upon arrival, the lots were almost full, and it took a moment to locate a space to park. Then again, I did not show up until late in the morning, and I knew that the early birds had gotten the worm already. I figured that someone somewhere was going to call it a day before lunchtime, and with good timing, I could fill their void. This strategy has worked out well at multiple resorts, especially if a half-day is all you can do. 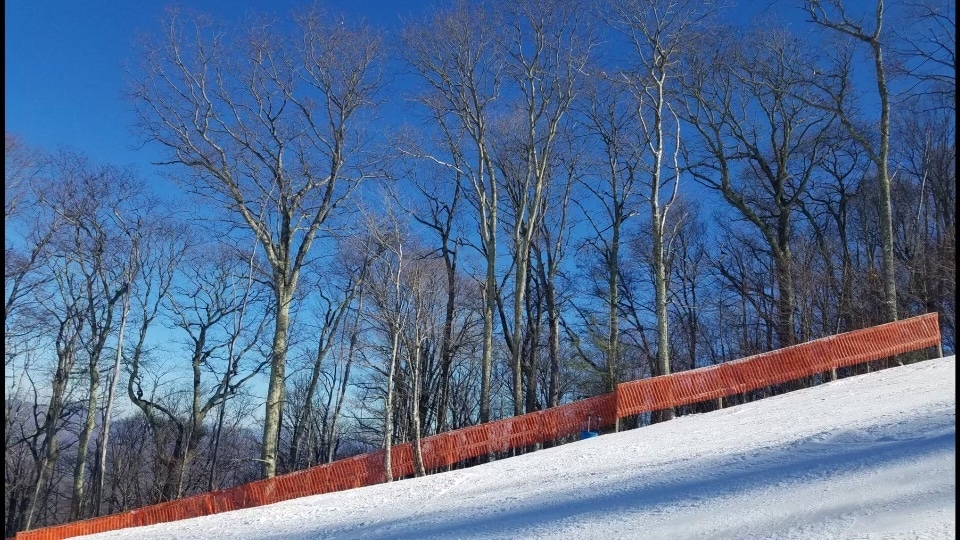 Once geared up it was time to head to the snow and click back into winter. That first snap in many ways is like the first bite of your favorite appetizer. It puts a smile on your face, and more often than not, it comes with an accompanying sigh of relief.

From what I observed they had enough coverage for all skiing and riding abilities to be satisfied, which provided added bonuses of little to nonexistent lift lines, extra elbow room, and positive vibes throughout. The beginner terrain furnished by the Easy Way chairlift, plus the Wolf Creek Hollow space near the two main lifts, were busy but not super packed either. It seemed as though most people were getting a delicious sample of what this is all about.

For the intermediates and experts, both of the side-by-side chair lifts were in operation, and they too were not crowded whatsoever. Riding the lift alone was routine, but not every time. After getting off there was one continuous white ribbon consisting of Upper Omigosh, Rock Island Run, and Lower Omigosh that then merged with Rabbit Hill at the bottom. If you want satiety for your sense of sight, go check out the spectacular view of the Great Smokies from the top of the two-seater Omigosh lift. 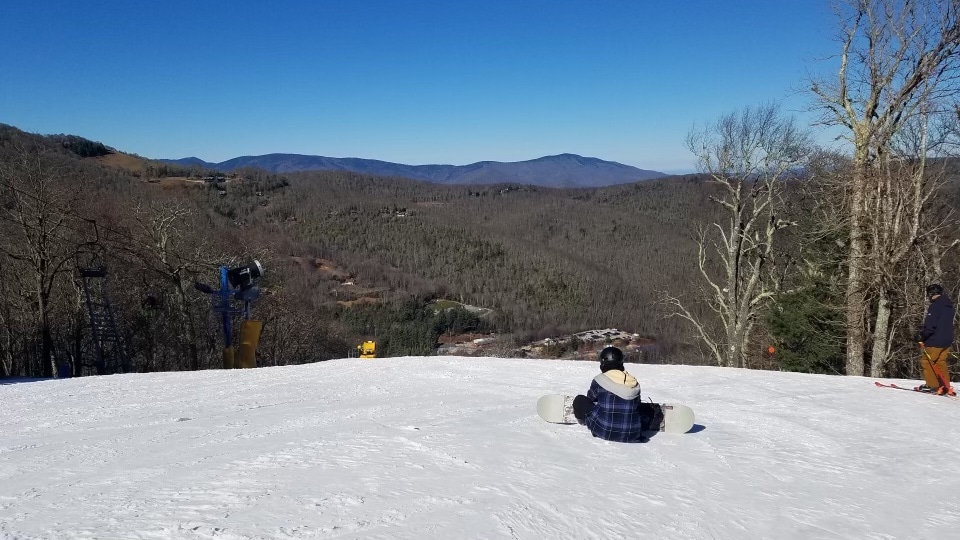 The snow coverage and conditions were a delectable cuisine too, figuratively. At no point were there any bare spots, exposed rocks, or supersaturated situations. Just great side-to-side snow with a deep enough base to swoosh around on. There was a kicker on the left side of the Rock Island Run that several people launched off of, and if they did well, they got applause from those of us riding either chair lift. If you are hungry for hang time this is a spot to get a few nibbles in.

As for ice, I only felt that once, and it coincidentally occurred within the first five turns of my first run. I overheard a few folks say that they grazed upon some very early in the morning, but that afternoon sun usually will zap most of it away. Please note that as the shadows crept in the softness began to firm up again, and that was most common on the Lower Omigosh stretch.

If the snow wasn’t enough to fulfill you, then perhaps the dining and bar area will provide to rest. Given how rough last year was with Covid-19 protocols in place, it was great to see a ski lodge alive again with the sizzling sound of the grill, the chatter of conversations, and the clanking of bottles. They really do a good number with the ski theme throughout as well with their neon lights, racing cup trophy, and the diorama display next to the gift shop. 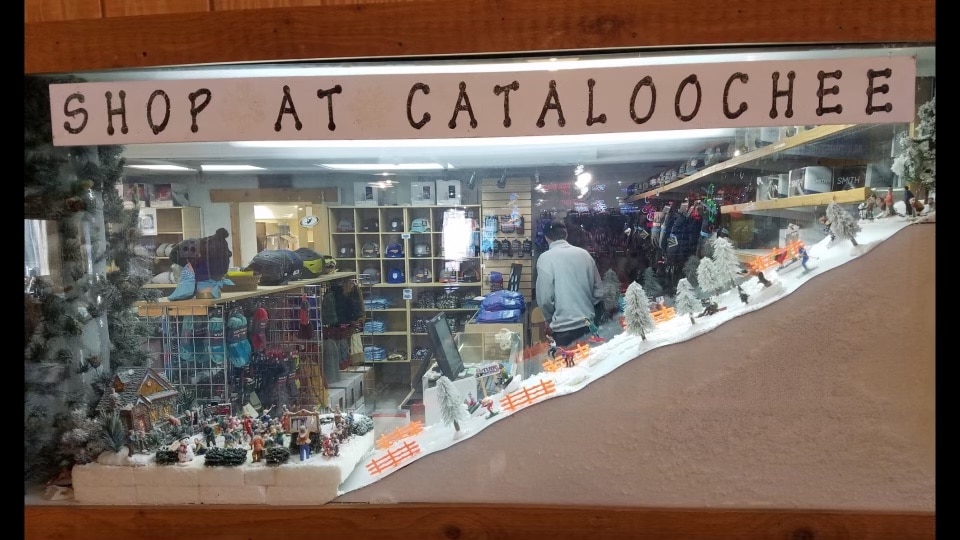 For the most part, people were keeping their distance, wearing facemasks, and minding their own business. I was able to safely have a beer while discussing skiing and riding with a guy named Hart that is on pace to ride one months’ worth of days this season not only here, but also out west in Colorado, Utah, and Montana. Let’s just say he has a hunger for snow sports that is being fed by the EPIC and IKON passes. Oh wow.

At the very least you hopefully have or will get your first feast of the season in soon. We have a lot of skiing and riding ahead of us, and so far, we are off to a great start. Perhaps do a snow dance or place a few trial maps in the freezer for extra measure, and as always, Think Snow!