A Fantastic MLK Weekend It Was…More Snow Ahead 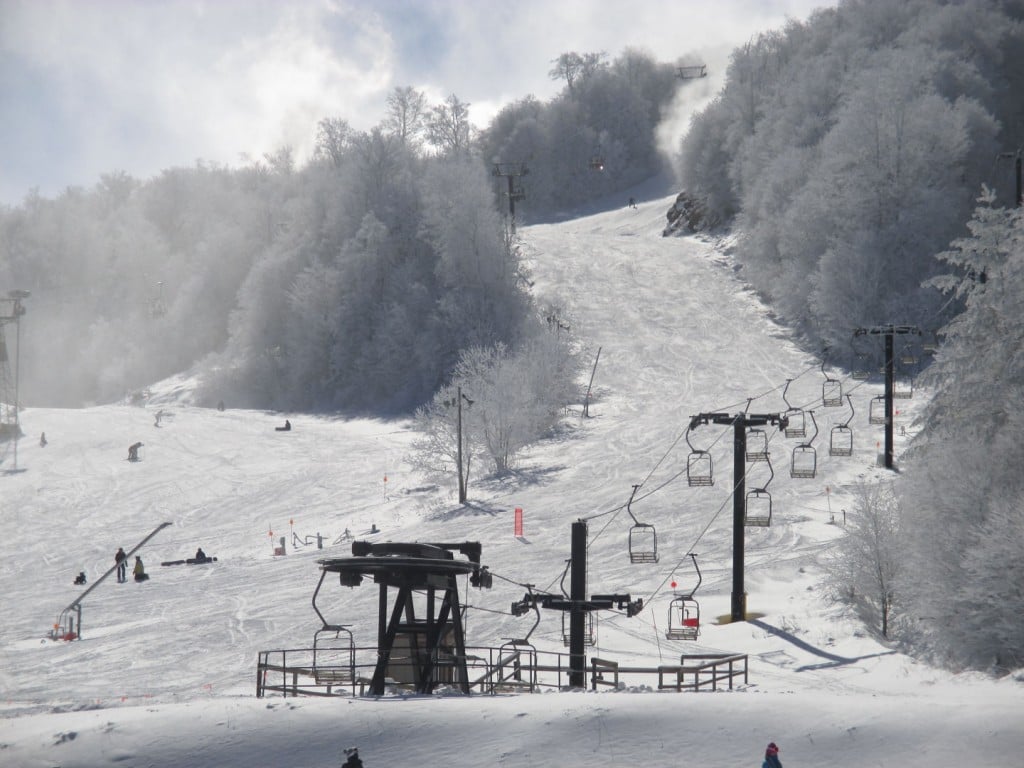 What a fantastic holiday weekend of skiing and snowboarding it was!  A little rain on Friday gave way to COLD and SNOW throughout the latter portion of the weekend.  It was downright wintry and visitors couldn’t have asked for a better weekend weather-wise.  I’m sure lots of visitors headed home yesterday with a smile on their face.  I know Saturday at Appalachian Ski Mountain was superb as I was out there.

It's a fun morning here @appalachianskimtn!

Unfortunately, I wasn’t able to make it up to Sugar or Beech yesterday as I was/still am under the weather.  I could feel it coming on Friday night and being out in the cold on Saturday at App and then Sunday at the Panthers game just made it worse.  I was basically amped up on Sudafed, Dayquil, and Red Bull at the football game on Sunday.  It was worth it.  GO PANTHERS.

While I was bummed about not getting to ride yesterday, I am not regretting my decision at all.  Only so because I was sick and I heard it was COLDDDDDDDDDDD.  My buddy told me he only made 6 runs at Sugar and then he left because it was so cold.  It was brutal and by far the coldest day of the season.  David McCue sent me a bunch of photos from Beech yesterday where he met up with some of the other messageboard members.  It looked rather fantastic up there!  Here’s what he said…

Skiing today at Beech Mountain was a pure pleasure.  Cold, crisp and clear, we were all layered up and loved every minute.  Some of the biggest smiles with icy goggles I have ever seen.

The quad lift was truly high speed all day, not only smoother but markedly faster than in the last few years.

The snow-making investment was on full display and running at full speed; the new guns and the frigid temps made for a mini-blizzard that was actually refilling tracks with soft, dry snow between runs.

It was top to bottom fast laps on a majority of runs all day.  Bring your best goggles and enjoy; everyday this week will just keep getting better.

Check out those photos below and click to enlarge each one. 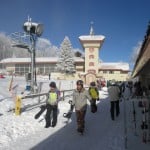 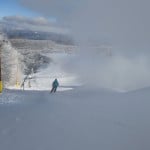 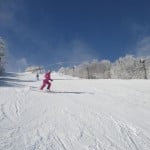 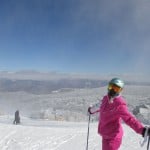 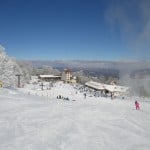 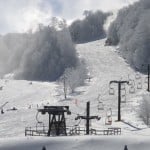 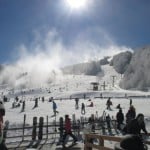 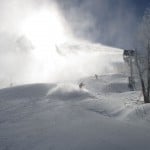 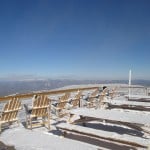 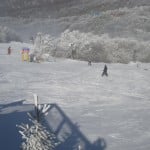 Every other resort in the region had a successful weekend as well.  Here are some of the social media posts from them.

And Cupp run opened this weekend at Snowshoe!

All in all, it was a successful weekend to say the least.  I am unsure about visitor numbers and based on what I saw on the webcams I don’t think this weekend broke any records.  I know I was pleasantly surprised to not have to hardly wait in any lift lines at App on Saturday.  The turnout was healthy though at all resorts and much needed after the Christmas holiday bust.

A Fun Week Lies Ahead

Conditions are only to get better in the upcoming week.  And they could get A LOT better by the weekend as a potential storm might bring significant snow to all the resorts in the region.  We forgot to post Brad Panovich’s latest video forecast yesterday morning, so here it is.  He recorded this on Sunday night.

More snowmaking all week long with some snow mixed in Wednesday and the possibility of a BIG snow Friday and Saturday…I like it.  This is the exact winter weather storm setup we’ve been waiting for…a southern area of low pressure that moves across the Southeast and times up perfectly with cold air.  It’s textbook.

Since Brad sent us this video in there have been more model runs and they are all really positive looking.  At this point, all of the models are showing West Virginia and Virginia getting a healthy dose of snow.  The European model is wayyyyy more bullish on snow totals than the American model (GFS).

The North Carolina mountains are where the most uncertainty lies right now as the track of the area of low pressure differs between the two models.  The Euro has it further south and has the NC resorts getting bamboozled similar to West Virginia and Virginia.  The GFS has it further north which means there could be periods of non-snow in the NC mountains.

I didn’t give out any snow totals for a reason and that is because it’s still a few days out and the forecast can change.  There’s still some uncertainty to how this is going to play out.  Suffice to say though, I am STOKED as can be.  It will be interesting to see this unfold throughout the week.  Stay tuned and we will definitely keep you updated.

There has been a little bit of snow in the past 24 hours.  Wisp, Snowshoe, Timberline, and Canaan have all seen an inch or so on top of the several inches from the day before.

It is COLD once again today.  Just about every resort was in the single digits this morning and a few were below zero.  Sugar has this on their site…

Frostbite warning is in effect: Hats and gloves are required.

Massanutten joins the 100% club today.  They were able to make a ton of snow over the weekend and now have all 14 trails open!

Wolf Ridge is offering a pretty good deal today.  Buy one lift ticket and get one free.  That basically means lifties are half off.  Not bad!

It’s going to be a fun week so keep checking back and we’ll make sure to keep you all updated!

Previous Post
Coldest Morning of the Season with Up to 4″ of New Snow!
Next Post
This Could Be the Best Storm in (A Few) Years