All Eyes on Phil 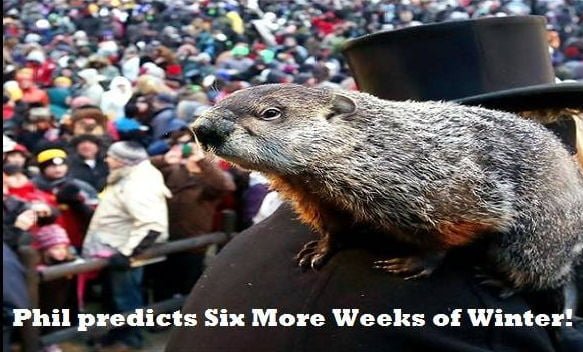 Don’t forget one of the biggest stories of the week is going to be about that darn rodent that resides in Pennsylvania and if he sees his shadow or not. I personally rate the story right up there with “Deflatgate,” but that’s just me worrying about children going to bed every night hungry. You see Monday, February 2 is Ground Hog day when our buddy, Punxsutawney Phil, the four-legged creature that gets 15-minutes of fame each year, helps make every skier, snowboarder and snow tuber a bit anxious.  You see by seeing his shadow, Phil would be predicting six more weeks of winter.  Phil’s observation is just that an observation, so I take it with a grain of salt but for some it’s like the real thing. I wonder if his handlers realize that Phil is an animal that is being hailed or stewed, depending on the outcome, in the winter sport community or even care since there are always dozens of satellite trucks in the small community for the event.

Whatever the news is from Groundhog Phil, the weather has been perfect for snowmaking and skiing and snowboarding the last ten days or so throughout the region and the upcoming weather forecast looks promising.  Again if you have been asleep or in Phil’s hole the last three weeks, you know the best conditions of the season are occurring at this time.  In fact, most resorts in the region are at or nearing the 100 percent open mark.  If you haven’t been on the slopes, shame on you for not finding the excuse.

Usually when conditions change as quick as they have the last few days, snow reports climb quicker than the stock market in a stockbroker’s dreams.  Most resorts this season has been playing it fair with depth totals, even though there was that spike right before the MLK holiday weekend.  For the most part there really hasn’t been any outrageous base depths posted yet and the natural snow totals seem to be in line with what the National Weather Service has been posting. I think resorts totally understand the value and power of social media these days.  At least you would hope. If the conditions are not what they are reporting on their respective sites, the word spreads rapidly from skier to skier and from snowboarder to snowboarder.  Not only does the word spread rapidly, but pictures and videos are also passed around quickly.  There are also those webcams that can be found at every resort in the region on skisoutheast.com (the site that you are on right now by the way) and of course, seeing is believing. I am actually amazed to hear that perspective visitors to resorts call and ask how the conditions are currently.  It’s not hard to find out.

If the weather forecasters are correct, the current conditions should be with us for quite some time this month and into March and if Phil cooperates, he won’t end up in somebody’s stew pot.  Don’t look now but everything is setting up well for spring skiing and riding, but that’s also another topic for another column.

I got a kick this past week of seeing pictures from friends that live in the Outer Banks of North Carolina.  That area received a dusting of snow and just like everywhere else, there was a run on the local grocery store. Some things don’t change, do they?

From the here we go again department, what did you think of The Weather Channel’s name for the recent storm that hit the northeast, Juno.  Who comes up with these names and actually who cares?  Speaking with a friend of mine at the National Weather Service, I was told an internal memo was sent out saying by no means would there be any reference to TWC’s storm name in any of their forecasts.  Good for the folks at the NWS. What I just can’t understand is why do some local forecasters use something that is being made up by a chest thumping network? Just be yourself and make sure your local folks understand totally what is going to happen and not showboat it. I think you have heard about this from me before, but it is just like somebody running their fingernails across a blackboard.

Finally this week I am following the lead of my favorite ten-year old sports columnist, my son Christian (he writes Christian’ Sports Beat every week for the Charleston Newspapers) and predicting that the Patriots are going to top the Seahawks 24-21 in the Super Bowl. Just in case we are correct, I just want to let you know I finished and submitted this column prior to noon Sunday morning. 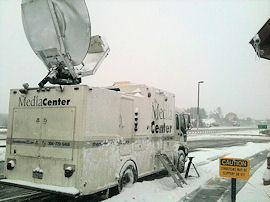