EPISODE THREE OF AS THE WOLF HOWLS… 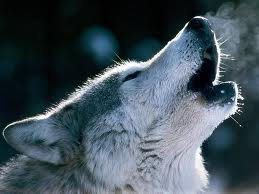 As an after thought, I didn't like the title "As the mountain turns" so I changed it. Everyone seems to be into all of this "Twilight Saga" stuff and since we're talking about Wolves here lately…

So JUST when I hit submit on this morning's update MORE NEWS comes in. If you want to go catch up post by post (you might want to) and then come back here….HERE is the sequence as things have transpired thus far. I'm betting we'll be adding to it:

Now to what we've just unearthed. (Bear in mind that we are only digging because we can't seem to get any conversations going with the ACTUAL principles in this saga.)

Tonette Fisk just informed me that Mr. Reuel Wheatley, who was listed in Tuesday's Press Release as the Principle Owner of Arthur Webster, LLC of Pawley's Island, SC is listed as an acquisitions man on various websites.

Another source shows that Mr. Wheatley refers to himself in the following manner:

I am a commercial and residential real estate broker. Also, I am a commercial lender covering the East Coast of the USA with offices in ew York, SC, Florida and Alaska. Graduate of the Wharton School ith 30 years experience in corporate acquisitions. finance and real estate.

Additionally he lists himself as, "President and BIC of Arthur-Webster, Ltd. A commercial and residential firm with a commerciai lending division covering the USA."

So that would seem to hint that Mr. Wheatley may be the owner of the firm that is acquiring…or at least SAYS is acquiring…Wolf Ridge Resort. We are currently attempting to get with some of the other principles to confirm or deny these recent reports.

I just received an email from one Wolf Ridge employee who asked me not to share their name for obvious reasons. In it they shared:

Mike I can tell you that SOMETHING IS GOING DOWN here. We're all in the dark and that's the way they like things around here. Many of us who really know NOTHING still feel certain that something BIG is taking place and until Orville tells us to chill, we believe that the resort is being sold and that it will happen soon. I read your story yesterday and can tell you that some of the people who told you that it is all a lie also are in the dark. We don't know what is a lie, rumor or truth around here. I could lose my job for saying such, so please don't reveal my identity. However your story has triggered a lot of talk and I think this is going down soon.

Tonette placed a call to Erik Christenson who is involved to some degree however after telling her he'd talk with her in ten minutes – he did a 180 and asked us to email him. Guess what his email address is? It's @ WolfNC.com…

There you have the latest in the SAGA…unless and until something else happens after I post this update!

My guess right now is that Mr. Wheatley is the money behind any deal that may be going down and that some of the others who been in the rumor mill as operating the resort soon will indeed be those who are running Wolf Resort in the coming weeks. We're thinking someone goofed BIG TIME in letting this cat out of the bag or that this is INDEED one of the most elaborate BS stories in local, recent ski industry history. That wouldn't be the first time. See: Phoenix Mountain in West Jefferson which back in 2005 was supposedly going to be the next Snowshoe.

Previous Post
NOT YET FAT TUESDAY, BUT WEIRD TUESDAY
Next Post
MarzSki from the Messageboard Posted this Nice Photo of Massanutten! Click to see MORE of the Photo!