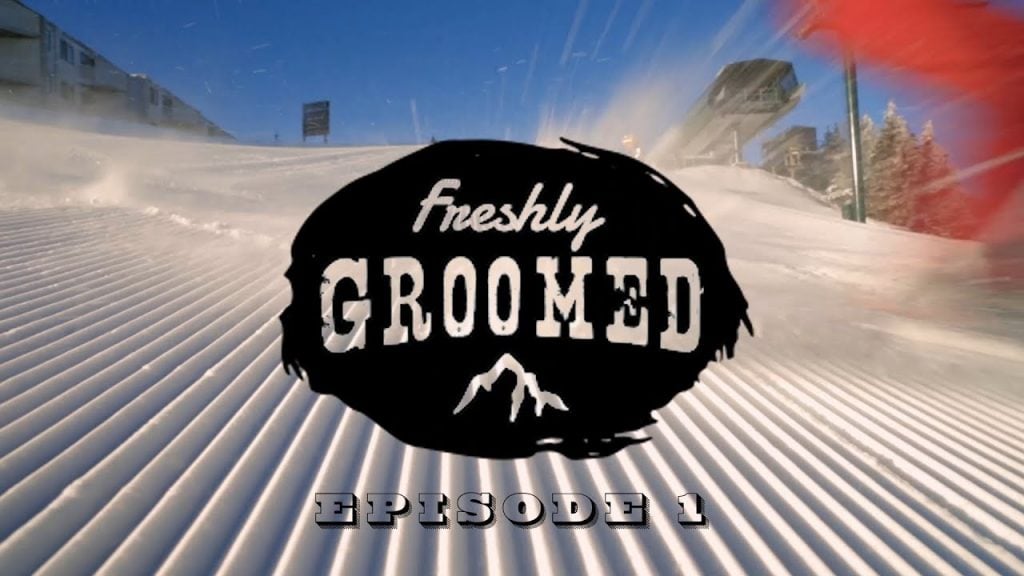 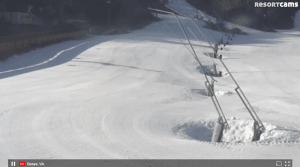 I am writing this hoping that everyone out there remembers just how much snow was made over the last ten days, when the temperatures dropped below freezing and held steady for snowmakers to do their thing. If you haven’t looked at the upcoming short-term weather forecast, it looks like temperatures are going to be a bit mild, which means the snowguns are going to be silent for a short period.

Now you know why you saw those piles of snow at just about every resort in the southeast region. Those piles of snow will help resorts make it through the milder temperatures and maybe even actually expand a couple of trails here and there.

I am here to say that, even if the snowguns are silent, that doesn’t necessarily mean the conditions are going to go away also. Instead of worrying that the guns aren’t operating and making snow, make sure you look at the overnight temperatures, because that is a key point that a lot of folks forget about as they decide to make the trek to their favorite ski resort in the southeast region. If those overnight temperatures only drop into the low 40’s or upper 30’s, that still means the groomers can still get out on the slopes and do their overnight magic.

What I am trying to tell you is that, there is a lot that can still be done to make sure the slopes and trials are in good condition just by having the groomers on the slopes overnight or even early in the morning. I remember when I was growing up in Baltimore and my parents took me to Ocean City, Maryland. I always wondered how, each morning when we went to the beach, everything looked, well perfect. No litter, no ocean debris, just nice clean sand. Well low and behold, the city used machines that basically groomed the sand over night and picked up all the trash and debris. 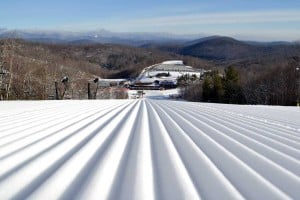 Now fast forward to all the ski slopes and for the most part, that is the same thing that is happening on the slopes when the snow cats are out there doing their overnight magic. They’re getting everything nice and tidy for everyone to make those next day turns on and to have the fun they were expecting to have when they dropped their hard earned coin down for lift tickets.

A couple of weeks ago, my son and I went to a NHL hockey game in Columbus, Ohio. Between the periods the Zamboni came out on the ice and put a new surface down for the players. Well my son looked at me and noted that is the same thing that groomers do at the ski resorts and you know he is spot on with his thought. The snow groomers come out when the slopes close and put a new surface on the trails, while everyone is taking a break. So, when everyone’s skis or snowboards hit the slopes the next day, they are basically enjoying a brand-new surface.

Yeah, I know a number of you are heading to the mountains for the Christmas holiday and are holding your breath, in some cases, right now. But it’s going to be okay and you will be enjoying a White Christmas at whichever resort you visit. I have driven a groomer or two in my time, just to get a firsthand, up close, feel, taste, touch of the operation. I am here to say, it’s pretty cool to work on a trail and push a little here and push a little there, all the while, the groomer’s tiller is turning over the snow to make it nice and smooth for everyone to enjoy. I had a sense of accomplishment every time I got in the driver’s seat. A little inside the beltway info here, it was like sitting in Captain Kirk’s command chair on the Starship Enterprise. But that’s another story for another time. I digress, I know for a fact that every groomer in the region takes pride in getting every inch of every slope ready for every skier and snowboarder that visits their resort. When I use to do the snow reporting at Snowshoe Mountain, I use to call the head groomer every morning and get his pick of the day and put that on the snow report. In fact, I think they still might do that, I’ll have to double check.

If you have plans to head to a resort over the holiday period, I firmly suggest for you to be prepared for all types of weather. Because, what you are experiencing in the low lands isn’t what you probably will experience at the high elevations. I suggest taking a look at the slope cams you can view on skisoutheast.com, so you can get a better understanding of what is taking place on the slopes. In fact, most of the time the cams are still on during the night and you will be able to watch the groomers work on the slopes. You might just see a couple of headlights, but at least you will know they are out there, working on the slopes.

This season has gotten off to a great start, with more resorts opening on time, than has happened in the last couple of years. I truly believe that momentum is with us this season and we will have plenty of slope coverage to make every one of your visits to a resort lots of fun.

So, let’s review class, don’t worry about those mild days that are going to be coming our way, just be happy that the overnight temperatures are going to allow each resort’s grooming department to get out on the slopes and make things pretty for the next day.