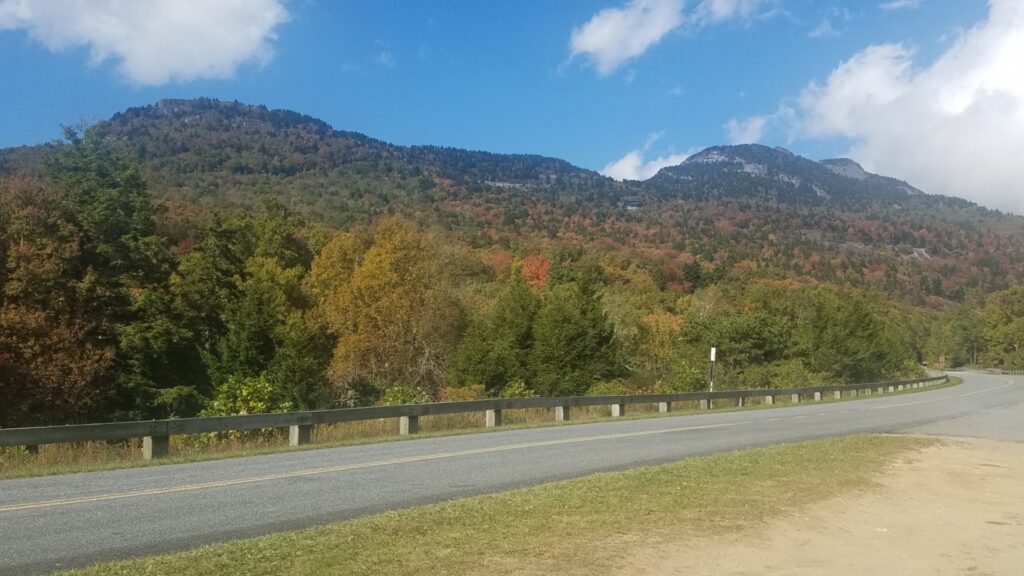 The turning of our calendars to this point generally coincides with a downward slide of the quicksilver encapsulated within thermometers.  It is a highly anticipated and very exciting time of year because cooler temperatures cause people to break out the long sleeves, convert almost every consumable food and drink into pumpkin flavor, and celebrate the colorful changing of leaves as they start to drop dead.  Decorations of fall are abundant with an ever-present sense of celebration, including the spooky kind. Here in the southeast, there is a carnival-like festival where the main attraction has wooly worms race up strings in multiple heats for fun, prizes, and a belief that the triumphant winner can foreshadow the precise number of snowstorms that will hit the region in the upcoming ski season. (AKA my plug for The Woolly Worm Festival on October 16-17 in Banner Elk, NC… Go to it if you can!).  My point is that traditions and consistency are the norm during this time of year.

However, recent history has shown that the 2020’s do not abide by norms whatsoever.  There are numerous examples of how that statement is true, but I will table all of them for other conversations except for one, which is that local temperatures lately have been way higher than expected. The entire east coast unfortunately is trapped in an atypical stretch of warmth, and in the south, we can easily continue to don flip flops and shorts instead of flannel shirts and sweatpants.  Even scarier is that the forecasts and statistics, such as those provided by our own Brad Panovich, support the conclusion that October will be more of an Octoburn when all is said and done. Simply put, the window to start snowmaking is nailed shut and we cannot find a decent tool to pry it open. 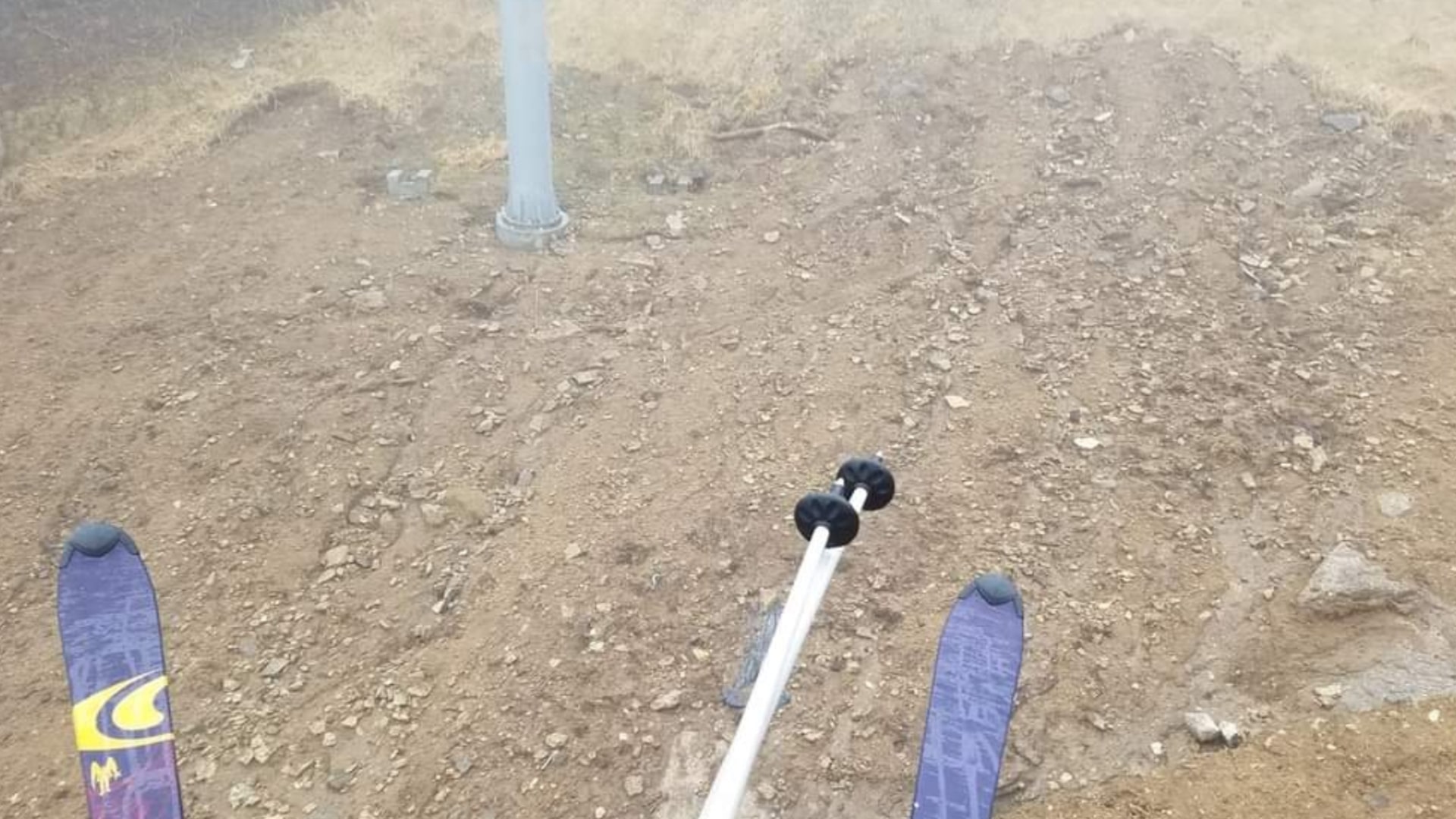 I am not trying to hit the panic button whatsoever, because there is still plenty of time before that moment could occur.  Instead, I am writing a message to those of you who would like to do something about it and see if we can collectively turn the season’s trajectory towards the cold and snowy.  Please note that this is not an attempt to promote climate change, religious or secular viewpoints, or anything political.  This is not a guarantee that things mentioned will work, but it is meant to be an optimistic well-wishing post for snowfall and cold temps to come to the places we love to ski and ride.  I will sprinkle a small amount of cultural history, unconventional methods to usher in snowy precipitation, provide a reminder that now is the time to prep and plan, and hopefully encourage you to get in shape now for those oh so important first turns.

Norse mythology had a belief that their god of archery, Ullr, traversed around on long planks that resembled skis while he carried his bow and arrows.  Somehow that adaptation has now evolved into some folks including professional racers, ski patrollers, and entire communities calling him the Patron Saint of Skiers in which they celebrate his arrival and give credit to whenever it snows.  There are a variety of ways that some people will “summons” Ullr including wonky snow dances, placing trail maps in the freezer, and burning skiing related artifacts such as used skis, poles, or even snow itself.  I have dumped ice cubes into the toilet a few times for good measure because a friend once said it works.  Again, I am not wanting to stir the pot of beliefs here, but I find these things to be quirky nonetheless, and if taking unorthodox actions is causation for fluffy flakes to fall from above, then I am not going to complain.

Keeping your equipment tuned is another way to spike the stoke-meter.  You may find that using elbow grease is a rewarding exercise during the process and then again immediately upon the first exit off the chair lift.  This hobby is addictive and will certainly add to the longevity of your gear. However, there are multiple businesses that would happily do this for you. They are more than ready to accept your skis and boards to give them sharper edges, P-Tex, wax, and any other sort of love that is needed.  Plus, now is the time to look at helmets, gloves, goggles, boots, jackets and pants, socks, and base layers.  While I am at it, do not forget about your vehicles, and make sure they have appropriate tires for winter, snow chains or 4-wheel drive capabilities, decent wiper blades, and cold temp washer fluids amongst other things.  Small steps that could have a big impact if ignored. 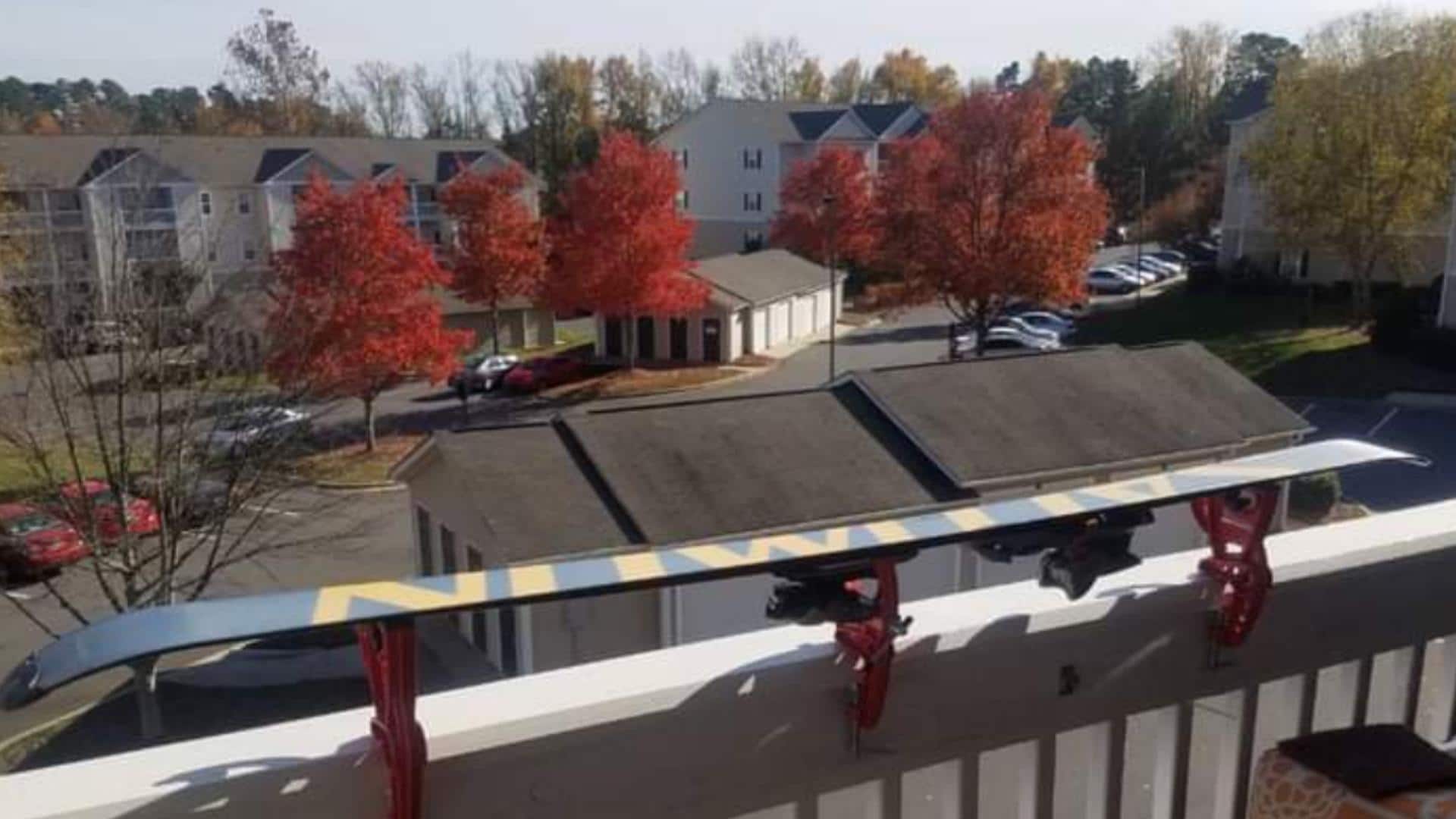 Selecting appropriate season’s passes or individual lift tickets, possible vacation times and dates, and personal goals for the season are other things to consider.  Most resorts have their prices published already, and one can assume that things will be booked up sooner than later.  All it takes is for the first cold snap to come through and then bam!… an avalanche of reservations comes crashing in.  Be ahead of it now and make the commitment for the places you desire.  After that you can visualize yourself being there and make mental notes of what runs you want to ski or ride, and how often.  I also like to say “I am going to ski ___ amount of times this season” right now, because it gives a tangible and hopefully obtainable thing to stride for.  Ten times is my goal for those of you who are curious.

Next up is the all-important preseason stretching exercise.  The good news is that you do not need anybody but yourself to determine how much is needed in order to be primed.  The bad news that I have learned is that the more you age, the more soreness you might get if you neglect this. I am not an instructor whatsoever, but I am arguing that having a routine of simple leg stretches could help alleviate most of this problem.  I start with common hamstring, quadricep, and calf stretches every third day for two weeks or so, and then gradually increase the frequency to every other day thereafter.  Sometimes I go bold with lunges, squats, and wall sits until the legs burn with fire and give in.  With enough repetition there will be improvement, and that means there will be a smaller learning curve for your muscle memory during the season.  It still takes a few days on the mountain to really have solid ski legs underneath, but when that moment does arrive it feels incredibly amazing. 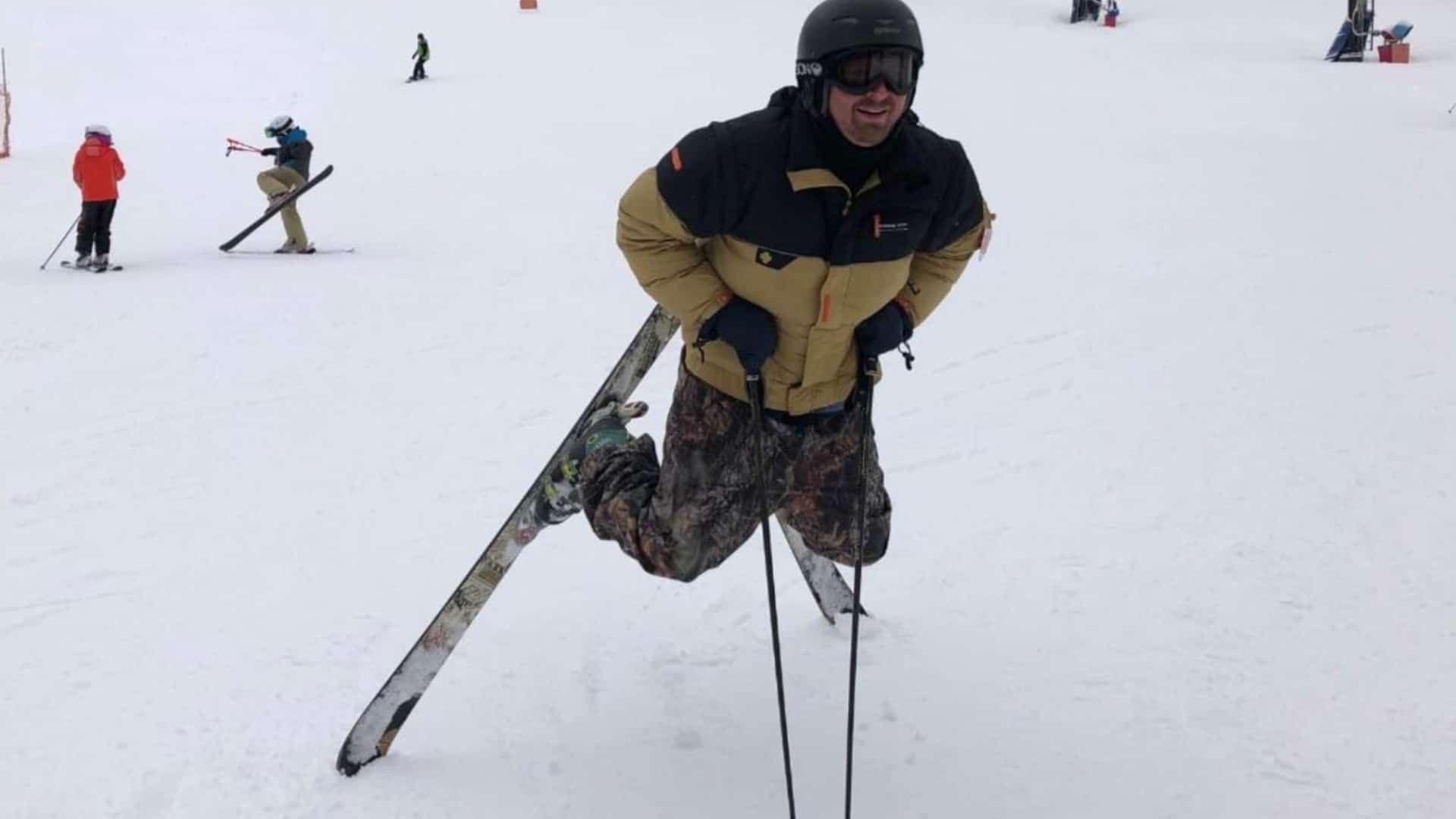 Once you go through these steps you should hopefully be in a better state of mind, have the equipment set to go with a few plans in place, and a body that is ready to take on the thrills.  All that is needed is a little bit more at ease while waiting for mother nature to do her part.  While the immediate situation for that is not ideal, we can remain confident that things will indeed happen as they should.  Soon enough we will see leafless trees coated with frost and snow.  We will hear the sound of chair lifts humming as they pass the support towers.  We will be back at it with the thing we love to do.

When all else fails you can rely on the tried-and-true message “THINK SNOW” to defeat the heat.  That seems to be the winner every season, and for good reason too.  Keeping this way of thinking will elevate the excitement, deject the downers, and persist through with patience.  I know that last part is hard to do at times, especially if you have an internal ski alarm that is already sounding off.  We just need the cold to arrive, and any natural snow would be a welcomed bonus.  May our combined efforts pull the rope in the same direction and flip the switch from this heat dome into a cool bath.  At that point we look forward to seeing you all on the slopes. 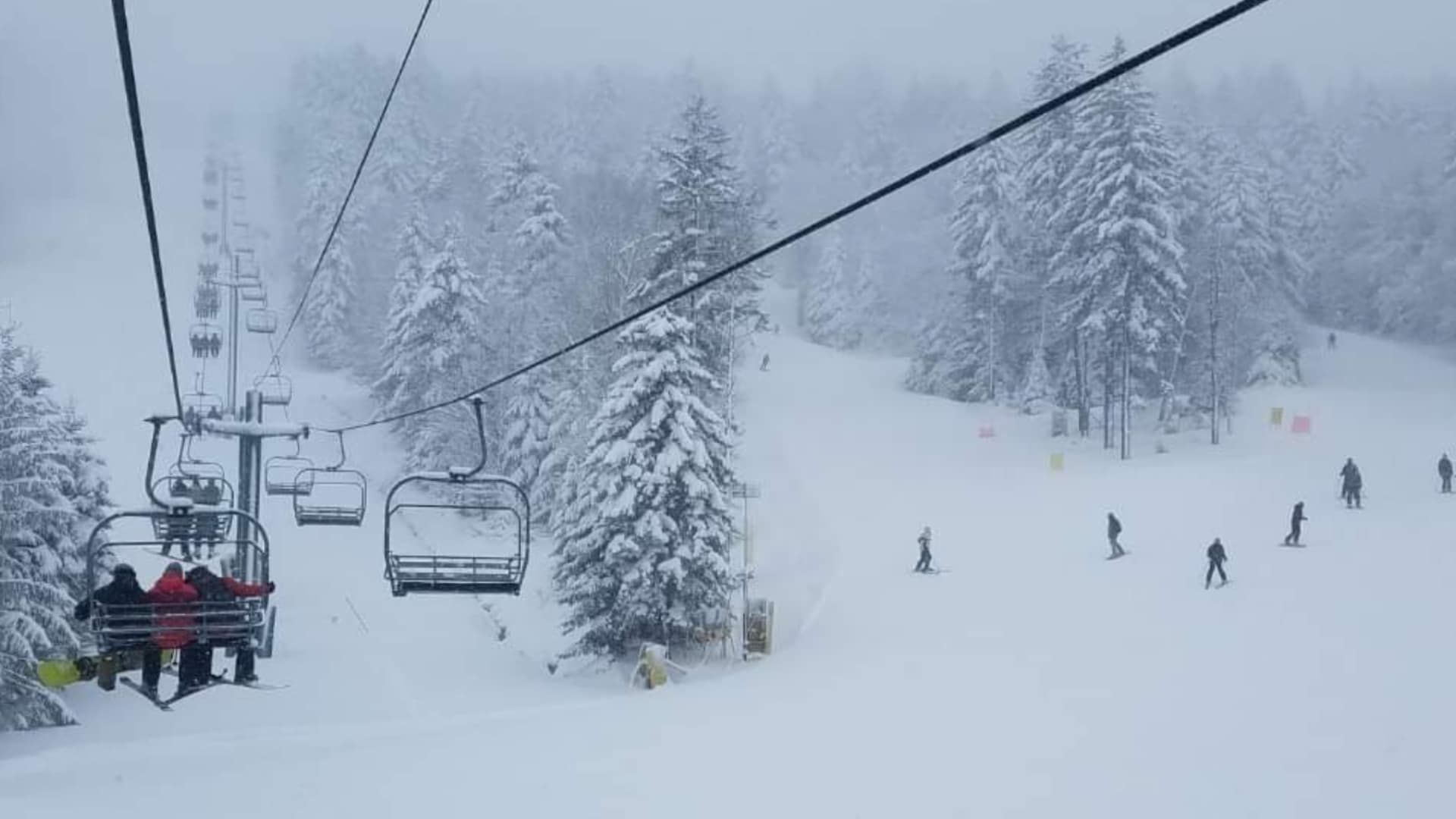