A Decent Looking MLK Holiday Weekend is Ahead of Us 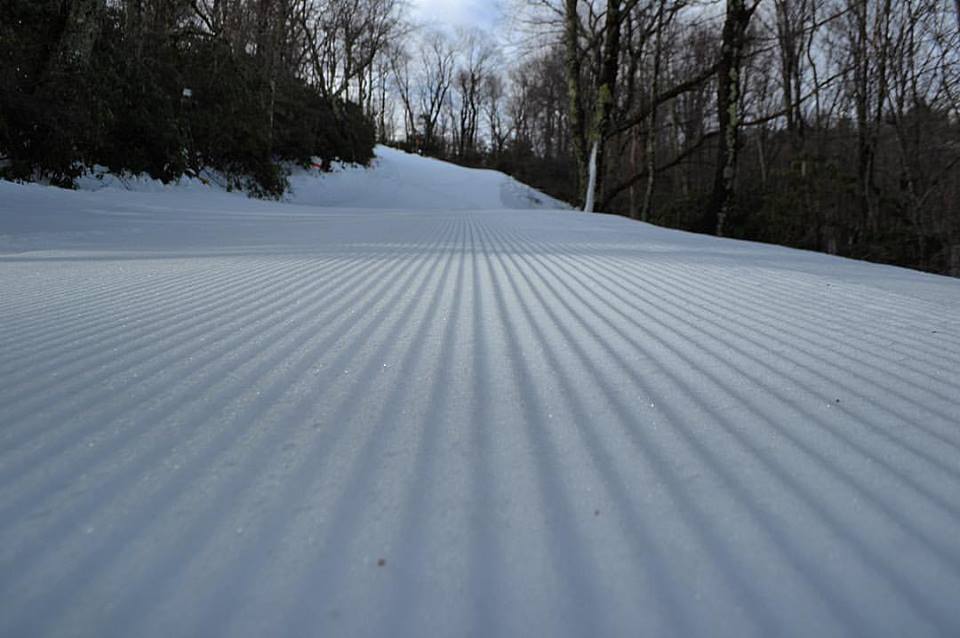 At long last, Friday is here!  I don’t know about you, but I am ready for a three day weekend.  I’m already looking forward to getting some riding in at App Ski Mountain on Monday and I’m sure many of you out there have some plans to get some turns in as well as it is the MLK holiday weekend.  Generally, this is either the 1st or 2nd busiest weekend of the entire season for the ski areas.  Luckily, it looks like we will have some decent snow conditions for everyone to play in.  The weather might not cooperate for everyone, but the snow should be good enough.

A quick overview of conditions this morning…it’s another one filled with grey skies and lots of fog for some locations.  Check out the Beech Mountain Summit Cam right now… 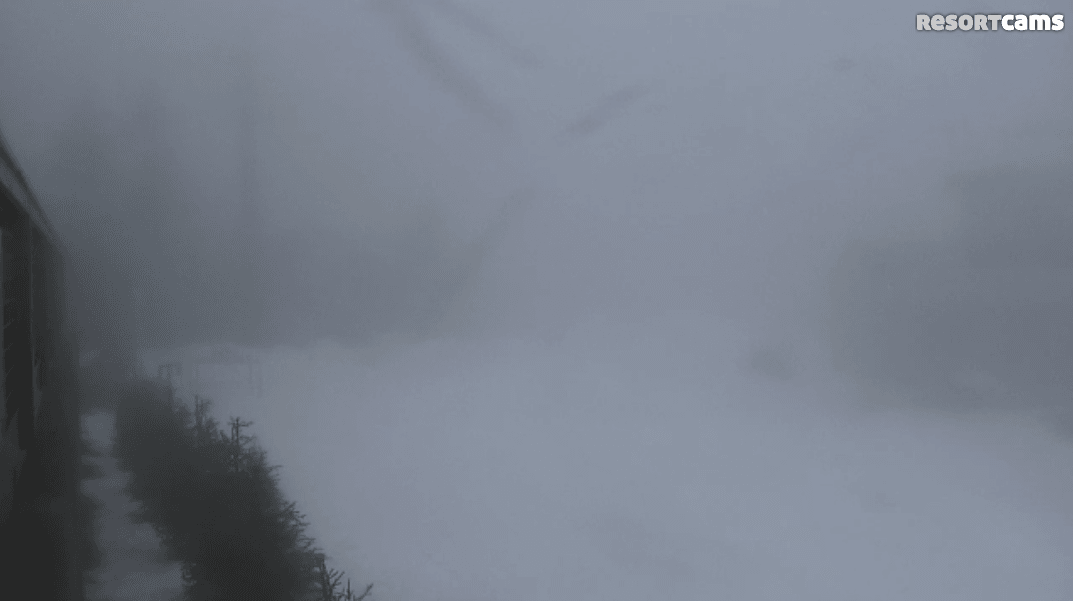 It’s not nearly that bad everywhere else.  Beech has the highest elevation of anywhere in the region, and the entire east coast for that matter, so the fog is always a little worse up there than most of the other resorts.

Temperatures are all over the place this morning and get noticeably cooler the further north you go.  The North Carolina resorts are generally in the low 50’s, Virginia in the 40’s, and the West Virginia ski areas are mostly in the 30’s.  The most drastic change is that of Wisp, who went from 59 degrees yesterday morning to 32 this morning.  Overall, today shouldn’t be as warm as yesterday.  I’m looking at the weather station at Massanutten and the high temperature yesterday was 63 degrees!  Down here in Charlotte it was 71 yesterday and I was walking around, comfortably, in shorts and a t-shirt.  No bueno.

Even with those warmer temperatures, a few resorts were able to add some more trails to their portfolio.  Timberline Resort added 2 more while Winterplace added an additional trail and are now open on 26 of 27 trails.  Wintergreen Resort in Virginia boosted their open trail count by 2 and have plans to open more this weekend.  Wisp tacked on one more trail and sit at 24 now.  And finally, Wolf Ridge here in North Carolina are now at double digit open runs as they added 2 more trails.  So, as I’ve been mentioning all week and said would happen, the groomers were able to take all of that manmade snow from the cold snap last week and early this week and spread it out on the mountains.  A few more trails should help with skier traffic this weekend.  As always, check out the snow report for all the stats.

The forecast for the weekend isn’t particularly great.  There’s really no way of sugar coating it.  Earlier this week I was hoping for a little improvement in the forecast, but that hasn’t panned out.  The second half of the weekend looks better than the first half.  It looks like the worst of the precipitation will be up in the northern portion of the region, particularly tonight and tomorrow.  Snowshoe, Canaan, Timberline, Wisp, and all of the Virginia resorts are under a Freezing Rain Advisory tonight and tomorrow, so if you are driving up there tonight be careful on the roads.  That said it doesn’t look like any precip of the frozen variety is expected until after midnight.

The forecast for the North Carolina resorts and Ober Gatlinburg is definitely better.  While it will be mild, foggy, and damp/dreary, there shouldn’t be too much in the way of rain.  It’s mostly expected to be light and drizzly and amounts should’t be terribly bad.  I’m going riding on Monday not only because I have off work and because crowds will be smaller (hopefully), but also because it looks like the best day of the weekend.  So if you are planning on heading home on Monday maybe try and get some skiing or riding in during the morning hours.

If you do have a trip planned this weekend, don’t let all of my talk about possible rain bum you out too much.  We’re less than a week removed from the best cold snap we’ve seen in a couple of years in which the ski areas were able to lay down a ton of manmade snow on top of some natural snow.  So, while the weather might be less than ideal, snow conditions will be alright.  There are plenty of open trails right now and coverage on all should be good.  A day on snow is always better than a day not on snow!

As Brad Panovich mentioned yesterday, it looks like this January thaw will last for a couple of weeks.  There is some hope though as the long term models are hinting at much colder temperatures returning by the end of January and into early February.  Hopefully these models verify because they sure do look good.  We just have to get through the next couple of weeks first.  I’d imagine it’ll be next week before we get an update from Brad as he’s still out west enjoying some excellent powder in Colorado.  Jealous!

Yesterday I posted about some current lodging specials at Snowshoe Mountain and apparently it helped out at least one person on the messageboard as they booked a trip for February.  That got me stoked as it’s nice to know that my writing here is beneficial to some.  So, I figured I’d highlight some lodging specials at another resort.  Wintergreen Resort currently has several lodging deals which include free nights.  They have a Buy 2 Get One Free, a Buy 3 Nights Get One Free, and a Buy 3 Nights Get Two Free.  Not bad at all!  Check out their website below for more information.

That’s it for me this week.  Mike will be with ya’ll this weekend.  If you’re out at App Monday, say hey!  I’ll be the guy falling off a rail or box or something.