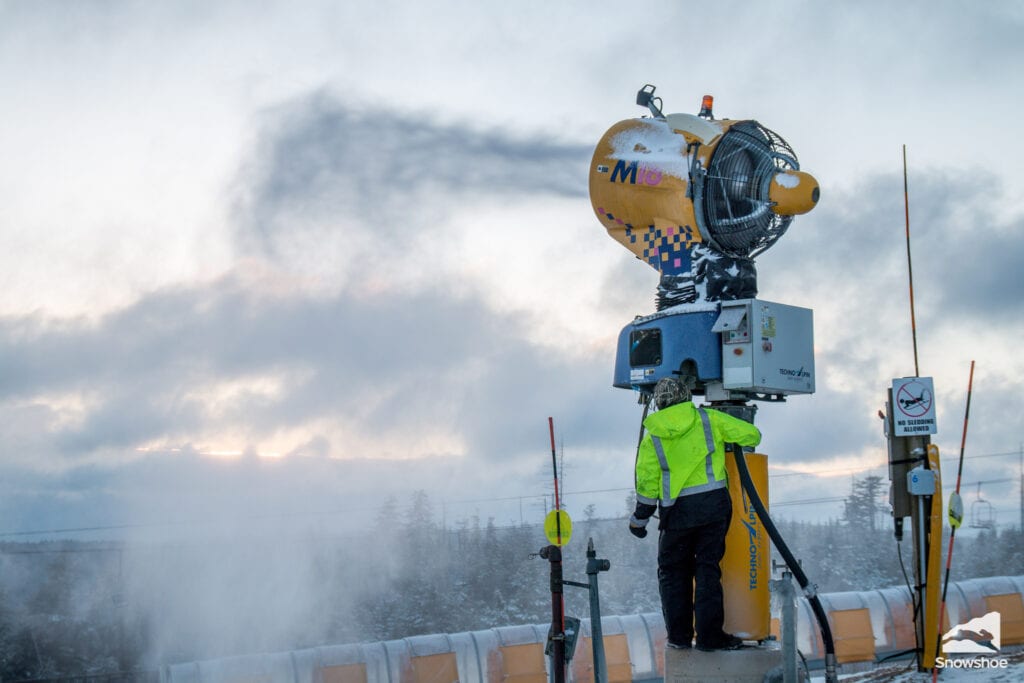 That is the question of the day around the Ski Southeast office, and there is a definite uptick in excitement in the air with everyone in the industry.

It’s amazing what a good cold front will do for snow lovers.

It is going to be a tough Halloween night for the trick or treaters as the weather is going to be pretty nasty with rain, wind and a chance of strong storms. That weather, however, is going to signal a big change as temperatures are going to plummet – which brings us to today’s burning question.

Could a resort make snow and open this weekend?

We will be keeping an eye on a couple of resorts who typically compete to open first – Sugar Mountain and Cataloochee – to see if they will be able to get open this weekend.

Sugar may have the early advantage as lows are supposed to be around 27 on Halloween night (with a change of snow late) in Banner Elk. Lows are forecast to hover just below freezing on Friday night and drop below 30 on Saturday night and Sunday night.

With the great mountain ops guys over at Sugar, they could certainly get some pretty solid conditions if they so choose too.

The stellar mountain ops at Cataloochee may be fighting Ma Nature with temperatures a couple of degrees warmer, but they certainly have a snowmaking window (especially on Saturday night).

Snowshoe Mountain has a chance of seeing a dusting of snow on Halloween night and they will have an opportunity with snowmaking at night. However, it will be in preparation for opening day on Nov. 22, but it will be great to see the guns making some of that Cheat Mountain magic.

Speaking of Snowshoe, check out their mountain ops team “conditioning” for the season.

Only time and Mother Nature will tell if we get to kick off the 2019-20 season this weekend, but we will keep you updated with the latest.

Until next time, think snow!