Continued Blegh Conditions, Our First Closings to Talk About 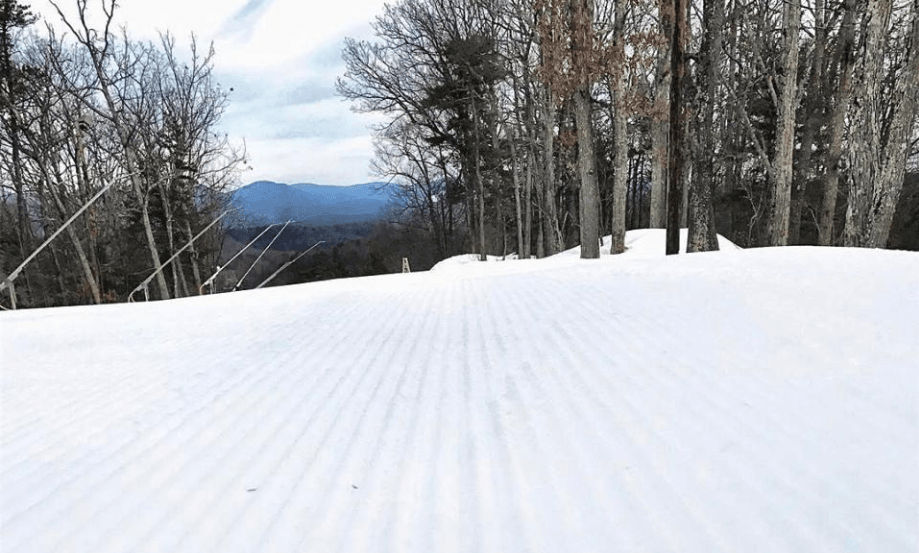 Well, in good news it is a little cooler this morning compared to yesterday and it’s not raining.  The bad news…it’s still fairly mild out and there’s still fog, clouds, and just overall gloomy looking conditions.  Yesterday was pretty crummy and it was the final nail in the coffin for one ski area (and now two), temporarily at least.  Mother Nature, what’s up?

Temps this morning are kind of all over the place again.  The cool spots are Snowshoe, Canaan, and Timberline who are at 35 degrees.  They need it as yesterday saw some moderate rainfall.  I’m looking at the weather station at Silver Creek, which is at Snowshoe, and it is reporting 0.42″ of underdeveloped snow yesterday.  David Lesher up at Canaan Valley is reporting a similar number of 0.45″. Oof.  Interesting note, Canaan Valley has now seen 23 consecutive days of measurable precipitation.

Those cooler temps should firm up the snow somewhat.  The highs for the WV resorts and Wisp are only in the 30’s and low 40’s today, so hopefully the snow won’t turn terribly slushy today, although some light, light rain is in the forecast and Snowshoe could even see a teeny bit of snow according to the NWS.

EDIT: 10am and it’s snowing at Snowshoe!  They might even try and make snow today/tonight if possible.  That would be a nice surprise!

Everyone else is generally in the 40’s and 50’s and should see clearing skies throughout the day today.  If it’s going to be mild, at least it’ll be sunny!  The last week has been rather gloomy so some sunshine will be much welcomed, although cold and snow would be preferred. 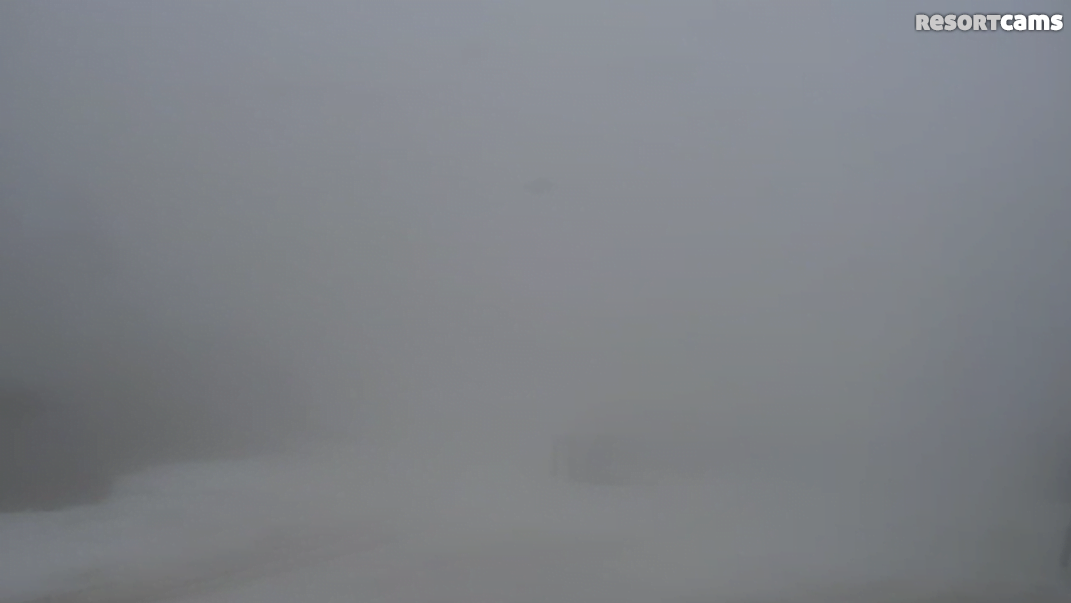 The top of Beech Mountain this morning. This view is getting old. Some sunshine should come out later today.

The weather continues to take a toll on the snow.  Many resorts are reporting slight drops in base depths and a few trails have been lost today.  There’s a lot of brown starting to show up on the webcams.  That will continue as the week progresses as it doesn’t look like this thaw is going to end until sometime next week.  Last season I wrote an article examining just how bad November and December of 2015 really was.  I’m considering doing the same thing now and looking at weather station records and seeing just how bad this January could wind up being.  This really is astounding to be a week into the thaw and see a week plus left of it.

Mother Nature Claims a Victim (And Another)

The mild conditions have claimed their first victims, that being Cataloochee and Wolf Ridge as well now.  Cataloochee closing is a combo of mild conditions and a 9 month drought that has limited snowmaking opportunities.  I mentioned yesterday morning how they would probably have to close and sure enough, they announced this morning that they are temporarily ceasing operations.

Cataloochee will not be operating today and will update here and on our website as to our upcoming snowmaking...

It really is weird to see this happen to Cataloochee as they are usually one of the first ski areas in the region to start making snow every season and continue to do so at every opportunity throughout the winter.  They have a great snowmaking system but if there isn’t any water or temperatures are too warm there’s nothing you can do.  Mother Nature always wins I guess and they will be closed for the time being.

Wolf Ridge literally just announced they were closing today and for the rest of the work week at least.  When I did the snow report initially they were slated to be open, but they then decided to call it quits until at least the weekend.

To be honest, I don’t see them being able to re-open this weekend.

Unfortunately, I’ll probably have to talk about more closings as the week goes on.  Some of the ski areas are looking a little suspect on the webcams and the forecast stinks.  I won’t speculate on any individual ski area right now, but I will say that if you were planning on skiing or riding in North Carolina, Tennessee, or Virginia this weekend you might want to keep checking back here on a daily basis for any announcements.  #subtle

Just a little announcement before I go…Appalachian Ski Mountain is offering discounted season passes right now that are valid for the rest of this year.  It’s hard to believe it right now with the crappy weather, but we still have 2 plus months of skiing and snowboarding left.  App is always one of the last resorts to close every season and has made their scheduled closing date 13 of the last 14 years.  From their stie…

Enjoy some great skiing and riding at App Ski Mtn. now through the end of the season at a discounted rate!

All membership and pass options are now discounted 20%! To take advantage of this special pricing and purchase online, click HERE, or call or stop by the Main Office (828) 295-7828.