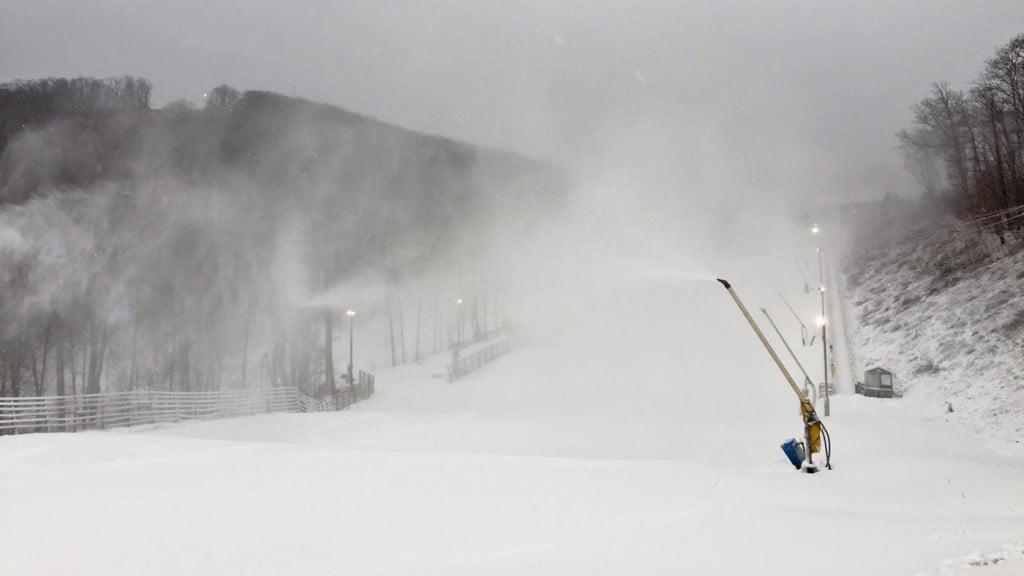 It just keeps getting better!  I thought I was pumped up yesterday morning doing this report…today I am even more excited!  I am definitely not the only one who is enjoying seeing cold and snow either.  My Twitter timeline was blowing up yesterday with tweets and retweets of pictures from the ski resorts and the mountains.  All of them showing snow.  It was awesome.  You could tell that people were super excited and had been waiting months for this.  We are deprived no more!

We have some additional resort openings today, more terrain is opening up, and it is bitter cold this morning, allowing for some intense around the clock snowmaking.  Let’s get to it!

I’m going to start off with the big winner yesterday.  And that is easily Snowshoe Mountain in West Virginia.  The snow continued to fall up there yesterday after the morning report.  The forecast was calling for 1-3″.  Ski Southeast and WCNC Chief Meteorologist Brad Panovich made a comment on Twitter early in the morning about how he thought they could end up with 4-6″ based on what he was seeing.  He was right.  They are reporting 6″ of new snow in the past 24 hours and 7″ in the past 48.  I seriously think yesterday qualifies as a mini-powder day up there.  The photo below that they posted to Facebook lends some to that argument. 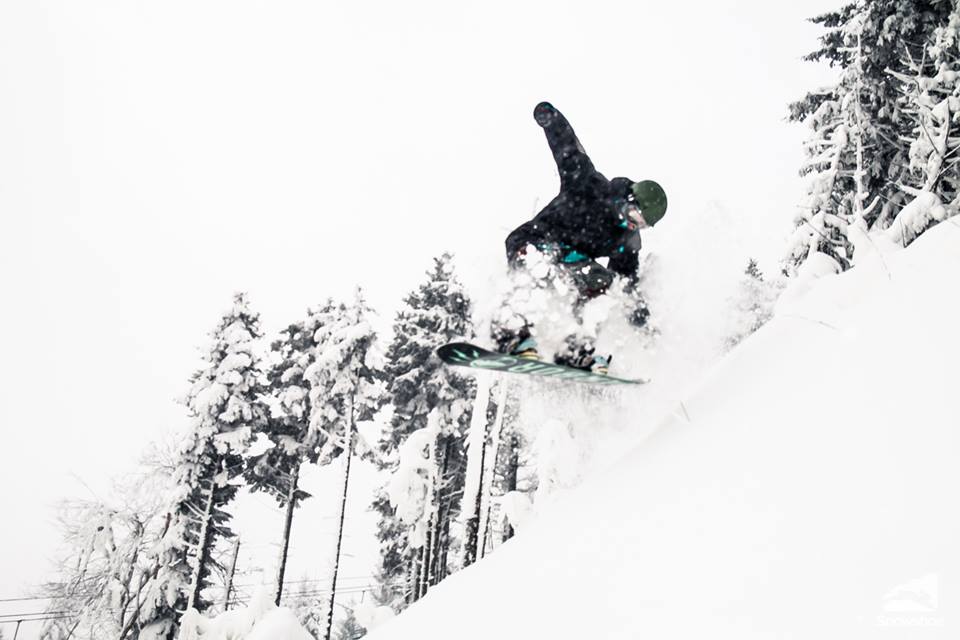 They also posted a minute long video that summarizes the day pretty well.  Watch it below.

January 4th, 2016Enjoy some of the action from this morning! What a difference a week makes, winter is in full swing up here at 4,848 ft!

I cannot tell you just how much that video has been jonesin’ to go snowboarding right now.

Elsewhere across the region, Wisp Resort is reporting 3 inches of new snow this morning.  Check out the image from their new HD cam below. 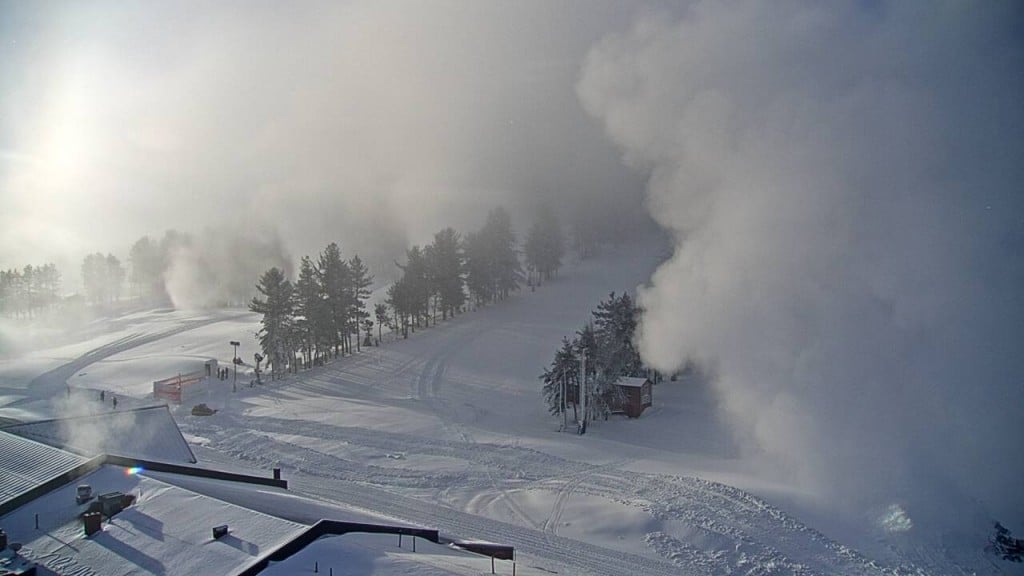 That new webcam out there is seriously awesome.  Wisp is still only operating with a single trail and conveyor belt lift right now, but with this bit of natural snow and snowmaking over the past several days they have announced a broader opening of lifts and trails for Thursday.  Keep checking back for more information on that.

Continuing with snowfall numbers, a few other resorts in the region are reporting some this morning.  Just a little south of Wisp, Canaan Valley Resort and Timberline both saw 1.6″ of snow in the past 24 hours and 2.5″ total over the last 2 days.  Canaan is still on track to open tomorrow at 9am and Timberline remains open today, with 4 trails and 2 lifts open for your pleasure.  Here’s a shot from the base cam out there this morning.  It’s crazy how much snow has filled in over the past several days. 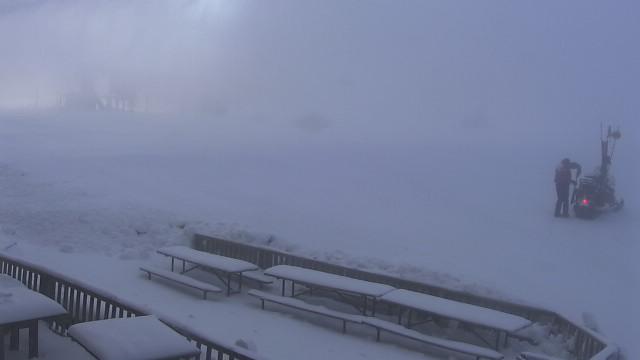 Finishing up with (measurable) snow numbers, Beech Mountain and Sugar Mountain here in North Carolina are both reporting an inch of new snow and both are operating today.  I am a little unclear about snow over at Wolf Ridge.  Their season total on their ski report page jumped from half an inch to 2.5 inches this morning, but their 24 hour total says zero.  I don’t think two inches fell out there, but regardless their webcam looks pretty dang good this morning. 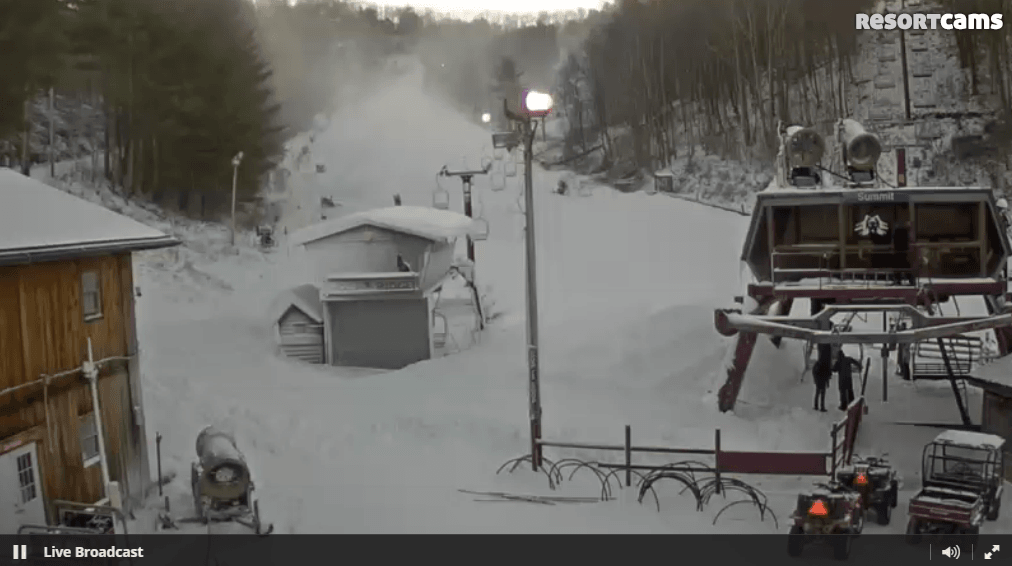 Most other places saw at some flakes flying at the very least.  Ober Gatlinburg  in Tennessee is reporting flurries yesterday, Winterplace is saying they saw a trace of snow, and I know many others had some of the white stuff falling from the sky yesterday because I saw it on the cams.  Cataloochee and Appalachian Ski Mountain don’t have any natural snowfall numbers on their site, and generally never do unfortunately, but like I said I know some flakes fell yesterday at both locations.  The same can be said about Massanutten and Wintergreen up in Virginia.  Neither of those two resorts has any numbers on their site, and they normally do report those, but trust me they definitely saw a little something.

As I mentioned earlier, we have some more resort openings to talk about.  First up is Winterplace, who opens today!  Woohoo!

Opening tomorrow, January 5th, 2016 at 9am for Skiing and Snowboarding on 10 Trails. Visit the Snow Report for complete…

They are officially open today with an 18-36″ base, 10 trails, and 4 lifts.  Awesome!  They don’t have it on their snow report page, but they are offering night skiing.  They had a comment on their Facebook page where they mentioned that.

Either Mike and I are hoping to be up at Winterplace on Thursday for the West Virginia Ski Area’s press conference.  Ideally, we’re hoping to do a live broadcast from there and get some other footage.  Stay tuned for more info on that!

Massanutten Resort is officially open today as well, although in a limited capacity.  They only have a single trail open, Southern Comfort, and one lift running today.  They are offering early season rates though.  However, they should have A LOT more terrain open tomorrow as they are blasting the slopes with snow all day.

Wednesday we anticipate opening lifts 3, 4, 5, and 6 servicing terrain for all levels of ability including Diamond Jim. Regular Season rates will begin on Wednesday.

I’ve already mentioned that Canaan Valley opens tomorrow at 9am, and we now know that Wintergreen will also be opening tomorrow at noon.  From their site…

We are making snow, and so is Mother Nature! We have some awesome news:

Check out some of the pictures that were snapped out there yesterday.  Click to enlarge each one. 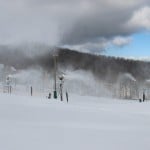 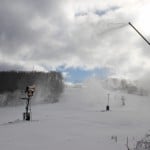 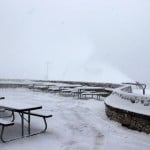 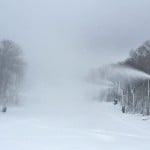 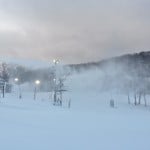 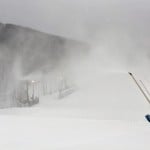 A few resorts have been able to up their trail count today.  I figured they are worth mentioning.

Bundle Up and Don’t Complain

Just a warning, it is going to be COLD today so bundle up!  At the time of this writing, Wisp Resort was showing a temperature of 0 degrees and Wintergreen was at 2 degrees.  Many other places are in the single digits and teens.  As a result of that, there WILL BE around the clock snowmaking today (and tomorrow for some) and it will be at maximum capacity.  Basically, expect to have the blowers on!  With the terrible December that we had, the resorts HAVE to make snow as much as possible, even during operating hours.  Yes, it can suck but it is NEEDED.  I mention this because I always see people complaining about this around this time of year on the ski resort’s social media pages.  Mike told me he overheard some people complaining about it this weekend at Snowshoe, and my buddy said he saw a lady ask for money back at App this weekend because of it.  We live in the Southeast and it’s simply a part of skiing and snowboarding here.  The alternative is no snow, so deal with it!

I think that’s it for today.  Whew, that was a lot to cover.  Enjoy your Tuesday.  Think cold and think snow!

Previous Post
A Great Story About Snowmaking…
Next Post
Snowshoe Mountain is Rebooting This Winter With A 72 Hour Sale!