Cold Air, Snowmaking and Some Natural Snow is Coming to a Ski Area Near You!

If you have not watched Meteorologist Brad Panovich’s 2017-2018 Winter Forecast video, it is posted below. I won’t spoil his thunder…so go watch it. Brad always does an awesome job of telling us “like it is” and providing us with some hope of good snows for the winter.

As you’ll see in the video, there’s even a cold blast coming this weekend and through the Thanksgiving Holiday week which WILL get some ski areas open.

Snowshoe Mountain and Canaan Valley are Making Snow this Morning!

Someone emailed me the other day asking me, “Why do you guys only seem to show snowmaking photos of Snowshoe and not the others?”

The short answer is, “Go look at all the webcams and you’ll only see significant snow at Snowshoe!” Sugar Mountain made some snow last week, as did Massanutten, Bryce and a couple of others, but those snowmaking windows were short-lived. 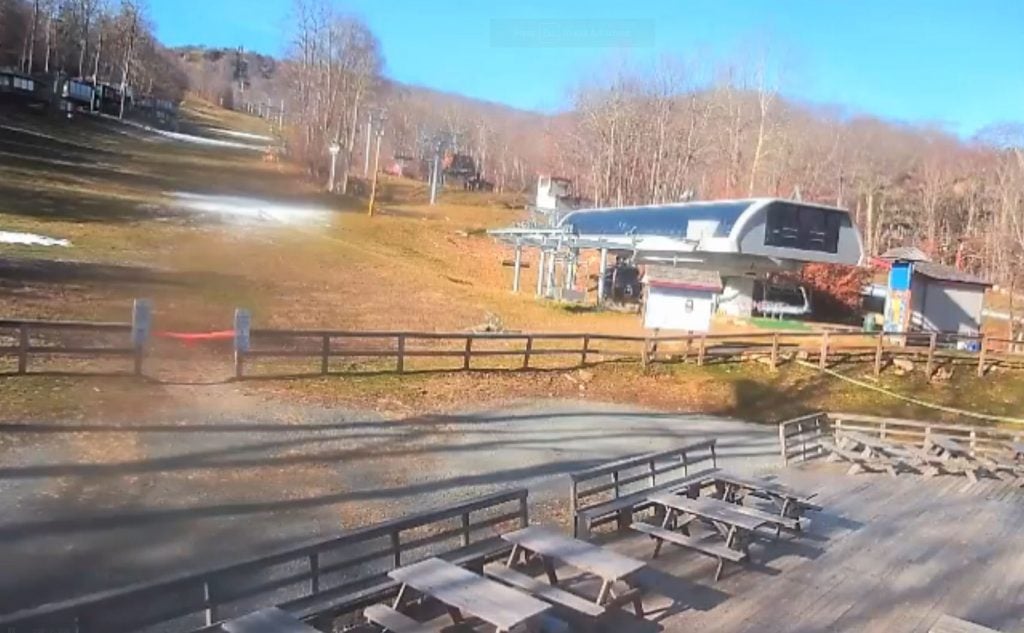 Sugar Mountain made snow earlier in the week, but not much is left. Click to Enlarge this shot from this morning.

If you have not been keeping up with the pre-season news as yet, Snowshoe Mountain has made snow more than any ski area in the region – because it has been cold enough to do so up there – and they actually look like they could open today. Let’s be honest, we’ve seen several ski areas in the region open with a lot less snow on the ground 😉

In case you missed this shot of Snowshoe Mountain from this morning at the top of this page, here it is again. (Click to Enlarge) Any questions as to WHY we are showing Snowshoe photos???

Long time reader, John Moore emailed us on Wednesday with a reference to a clip from Star Trek IV where Scotty is exclaiming, “Admiral, there be whales here!”, which was a statement about how much snow is on the ground already at Snowshoe.

…and they are blasting the slopes again this morning – atop their mountain and at the base. 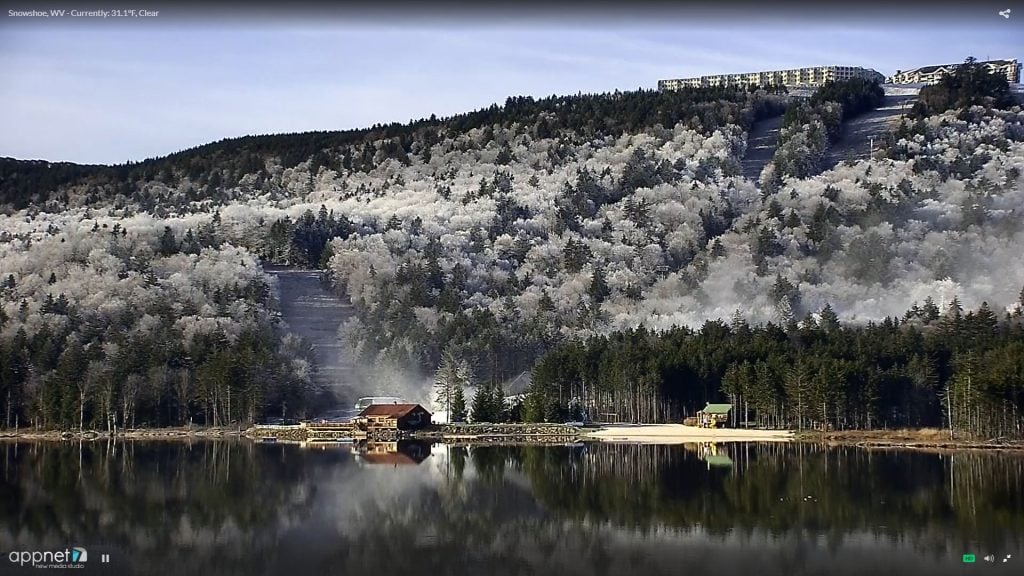 Just LOVE this pristine shot from 9am this morning via the BASIN CAM at Snowshoe, showing snowmaking and some “frost on the pumpkin”…

Canaan Valley Resort ALSO just began making snow for the first time this season – this morning as they too are seeing temperatures cold enough to do so.

That is not the case as I looked at mountaintops into Virginia, North Carolina and Tennessee this morning. Here’s what we saw as of 9am:

Snowshoe Mountain was hogging all the cold air at 22.8° and making snow like crazy. Check out the LIVE CAMS at www.ResortCams.com/ski

Looking At This Weekend…SNOW AND COLD are on the way! 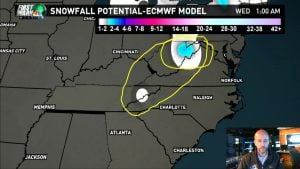 We could see some light 1-4″ snows (more at the WV areas) this weekend! (Click to Enlarge!)

As mentioned earlier, Brad Panovich says that we should see some cold temperatures, especially at night, to allow ski areas to make snow from Sunday night all through the coming week. We may see some light, natural snow as well!

Temps mild up some during the day on Monday but then again Monday night we should see the snow guns back on across the region as temps dip to the mid-to-upper 20s again. We’re seeing mid 20s at night for ten of the next 12-13 nights and that will definitely get some ski areas operating. 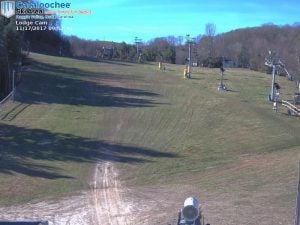 Snowmaking not happening QUITE YET at Cataloochee.

Cataloochee Ski Area fans MIGHT need to keep a close eye on the temps as Sunday night looks great at 24° but then we’re just not seeing cooperative low temps for days afterwards. The higher peaks atop Cataloochee tend to be slightly colder than the forecasted temperatures, so one or two degrees could mean the difference and provide them with a chance for snowmaking throughout the period. (We’ll keep you guys updated.)

Fans of Wolf Ridge Resort might get some Thanksgiving skiing or riding in as they seem to be forecasted for slightly colder air.

In fact, the more I researched forecasted temps across all of our mountaintop communities, the more I am seeing some wavering of some of the models which basically means that there is no real confidence in those forecasted cold temps for the week ahead.

Are you guys confused yet? Don’t feel alone! Just keep THINKING COLD and watching SkiSoutheast.com for the latest.

By the way, thanks so much to Meteorologist Brad Panovich who not only gives our readers the best of the best in terms of weather forecasting for the ski resorts of the Southeast and mid-Atlantic – he also does an awesome job of giving SkiSoutheast.com and ResortCams.com a lot of props.

That’s it for me today. Email me any questions or any comments at [email protected]