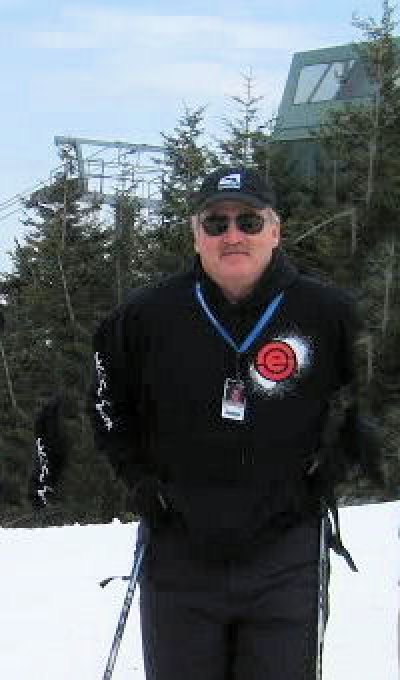 If you guys came here expecting to read Tonette's blog this morning – she will have the reins again on Thursday. I don't know about you guys, but I've been enjoying this week's updates by Tonette and Kenny both.

That said, I'm stealing their thunder a little this morning, because for a change we have more GOOD news than not-so-good news pertaining to the weather.

Joe Stevens of "Snow News is Good News" and WV Ski Association fame called me this morning to share some great news with me. First, the WV Ski Areas Association is really ramping up their investment in SkiSoutheast.com this season. Thanks for that go out to Joe and the entire membership there. We've always received GREAT support from the WV ski areas and this year's committment on their part – as well as individually at each of the West Virginia ski areas is strongly appreciated. 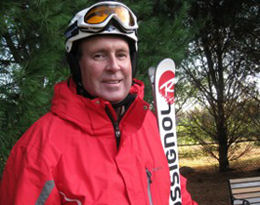 The second bit of good news that Joe shared was that they had commissioned Herb Stevens of "Skiing Weatherman" fame to produce a twice weekly video/audio update specifically to talk about what visitors can expect in terms and weather and skier/snowboarder experience for the "Wild & Wonderful" state of WV.

The FIRST of those weather video updates can be seen today at: West Virginia Skier's Forecast

Herb's vids will be broadcast here, over on www.GoSkiWV.com and the West Virginia Ski Association's FACEBOOK page at: http://www.facebook.com/goskiwv

WHILE ON THE SUBJECT OF HERB…

Herb and I have had numerous discussions since early in the Fall and I really like this guy. I've read his weekly blogs for years and have certainly watched countless videos of his that have been posted mostly for the Vermont, NY and PA ski areas. Herb has agreed to participate with SkiSoutheast.com in SOME capacity this season and we'll look forward to posting HIS take on what we should expect for weather throughout the ski season.

You guys will now notice that we have TWO VIDEO BLOCKS on the front of www.SkiSoutheast.com now with the top one being general snow videos and the second on being videos from our weather friends Brad Panovich, Herb Stevens and Kenny Griffin.

KENNY IS NO JINX…

I had to chuckle a little when I read Kenny's BLOG on Tuesday. I'm thinking his comments were tongue-in-cheek however he alluded to the fact that since he joined our company that the weather has pretty much sucked.

I could take blame for the bad weather as well – if we want to go there. I purchased two snowmobiles back in late 2010. Earlier in that season – two seasons ago – we'd had a ton of snow and lots of cold. These old, retro snowmobiles showed up in a local paper and I bought them thinking I'd get lots of seat time on them. That was just before Groundhog Day and if you guys will think back – that's when the switch flipped and we haven't had much in the way of consistent cold or snow since.

NAW, IT'S NOT MY FAULT EITHER!

I was watching some of the Maryland and New York legislators on television this week spouting "Climate Change" and how we all needed to be prepared for MORE and MORE POWERFUL hurricanes-meeting-cold-air storms like Sandy just delivered in our future.  I will avoid the political BS accompanying these kinds of meetings as I truly feel these things are more FINANCIALLY and FUNDING related than they are A-N-Y-T-H-I-N-G else.

You can find countless videos and reports about how warm it's been so far through November and now early December. Most of these all seem to be ignoring or forgetting that most EVERY long range forecaster has gone on record to forecast that the 2012-2013 ski and snowboarding season would not begin in earnest until mid-to-late December and be "back-loaded" with most of the cold and snow coming in January and even more so in February.

DECEMBER 14TH THROUGH THE HOLIDAYS IS LOOKING GOOD!

You can listen to Herb's take on things via the new video link above. Kenny Griffin – our team meteorologist – advised me of much the same forecast on Tuesday. He said that around the end of next week we should see some cold temps that will stick around.

That bodes well for making snow and getting more terrain and more ski resorts looking "a lot more like Christmas".

I think everyone will agree that Brad is the "people's choice" on SkiSoutheast.com to provide us with what we want to know – the weather for our ski areas. Kenny did a nice job last season, but we have theKenDog wearing so many hats that we just can't afford to have him on the video forecast side of things. We've gotten a lot of input over the years from DOZENS of weather gurus and those are all great. However, Brad is THE MAN according to our readers.

I've probably received more than 50 emails in the last month or so since we announced that Brad would be back posting Skier's Forecast videos for our readers. SkiSoutheast.com readers know that Brad is "one of us". He's a SNOW FREAK of epic proportions.

Brad boasts a Twitter following of 14,774 peeps. Of the BEST KNOWN meteorologists in the region they only have from 400-1200 followers. Pretty impressive for a local/regional guy. Even Joe Bastari of national Accuweather fame "only" has 12,496 followers.

Of course, our weather brother-from-another-mother, Jim Cantore of THE WEATHER CHANNEL boasts a national following of 164,569 followers.

Brad, ya got some audience growing to do 😉

I had put out an all points bulletin trying to locate Brad recently (just kidding) as he's one busy dude. However I've come to realize that Brad doesn't sleep. He can't. He tweets, BLOGS and is on the air more than any weather guy I've ever known. He's on Facebook, Google +, YouTube and probably countless other places that I am NOT aware of. He's got to be an alien.

I had JUST WRITTEN the following when Brad emailed me to look for his first videos tomorrow:

"We hope to get Brad off of his twitter, facebook and Google + keyboard long enough to get him going for us. He's gone slightly AWOL on us and I think we all want some additional confirmation that COLD and SNOW is indeed on the way. We have a regional search party working a grid pattern to try to locate Brad and hopefully we'll have his Skier's Forecasts coming online within a couple of days."

As I said, before I could post that, Brad just emailed and we can all look forward to HIS forecast of cold and snowy patterns coming soon!

Joe Bastardi of Accuweather fame (he's no longer with Accuweather) and now of WeatherBell.com has some audience growing of his own to do as HE has 12,496 Twitterites…but JOE IS a nationally renowned meteorologist and well respected in all weather circles as providing accurate long term forecasts.

Joe is also a favorite of mine because he's not one of those television, drama weather guys who is out there promoting every storm around the corner as an end-of-the-world-as-we-know-it event.

In fact, Joe's take on Global Warming is pretty spot on with my belief. Here are a few quotes from Bastardi and comments about him:

"The world was likely warmer in the 1930s than today, and human contribution of carbon dioxide is too small to have any effect, and warming is caused by sun spots and exchange with warmer oceans."

He expects that over the next 30 years, the global average temperature will return to levels seen in the late-1970s due to a so-called "triple-crown of cooling" comprising oceanic temperature cycles, solar radiation cycles, and volcanism.

Recently after Sandy hit, Al Gore made some comments and Joe Bastardi was quoted on air to respond, "Al Gore’s claims that global warming caused Hurricane Sandy are stunningly ignorant or stunningly deceptive."

We have some more, exciting news to share on Thursday as this BLOG is novel-length already!

HEY speaking of Twitter – please follow us and we'll keep you up to date with all the latest.

Email me as well at [email protected]