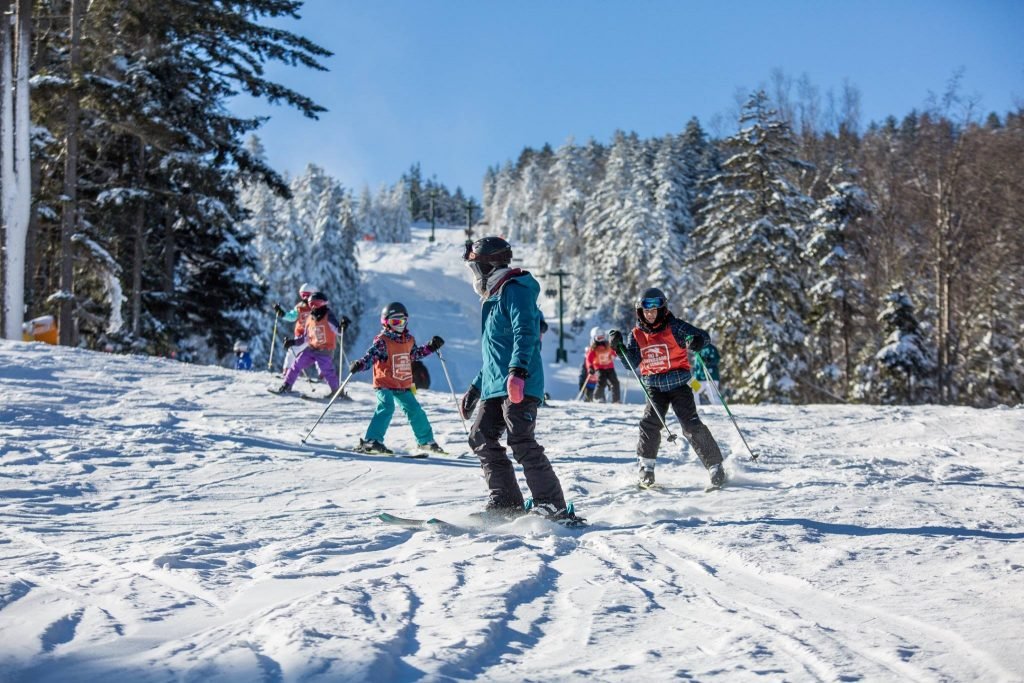 Early last month, I began my fourth year of skiing, when I made my first turns on the slopes at Winterplace Ski Resort in Raleigh County.

When I leaned to ski as a sixth-grader at Hurricane Middle School, it gave me more of an appreciation of the winter months and have since then tried to convince my friends to join in on the fun.

Every year, the snow sport industry across the country celebrates the month of January as Learn to Ski and Snowboard Month. The month-long promotion is the industry’s attempt to get more people involved, says LSSM Executive Director Mary Jo Tarallo.

“A group of visionary resort association professionals designated January as Learn to Ski and Snowboard Month in 2009 as a way to get more people engaged by taking beginner lessons from professional instructors and to provide newcomers with practical information that would make their first-time experience more enjoyable,” Tarallo said.

On Friday, Jan. 11 the industry will be trying to set a record for the most lessons taught in a single day. In West Virginia, Winterplace, Snowshoe Mountain and Canaan Valley all have special LSSM deals.

One of the best things about learning to ski for me was to start to enjoy the sport with my dad, who is a snowboarder and learned to ski in 1985. This is not an uncommon reason to learn, as I found out from Tom Wagner, Winterplace’s Executive Vice President, who said, “For many, the learn-to-ski programs have become a family tradition that blossom into a lifelong pursuit. For me, personally, I can still remember the first time my parents took my two brothers and me skiing in southern Michigan. I then continued the tradition with my two daughters and son.”

Wagner’s daughters, Melissa and Molly, have since become ski and snowboard instructors and his son, Andrew, is a ski patroller at Winterplace.

I have found one of the best ways to learn about something, other than just doing it, is to do some research on the internet and go from there a lot of the times. The website most folks in this region use is Skisoutheast.com, and the editor is Mike Doble, who, by the way, I have made a number of turns with on Snowshoe’s slopes.

“I think it is imperative for anyone who calls themselves a fan of snow sports like Skisoutheast.com to support the future of the industry by promoting it to those who might not have considered going to any ski resort to learn to ski or snowboard,” Doble said.

Just in case you might not know, you can go on Skisoutheast.com and see the conditions in real time, as all of the resorts in the region have resort cams.
One thing that is clear to me about skiing is it can really be a family thing. On several occasions, while I have been with my family, I have seen other friends of mine with their families on the slopes.

One thing that is common with all those folks is that they took lessons. “We put our two sons, Austin and Michael, when they were around 8 years old in the Winterplace Ski School. It was great to look over and see them learning to ski. Michael is the daredevil, and, after a couple years, I found myself trying to keep up,” said Tom Susman of Charleston.

Another proud father with sons on the slopes is Snowshoe Mountain Public Relations Manager Shawn Cassell. “My sons, Jaxon and Boone, have both been skiing for a couple of years now,” he said, “and it’s been incredible to watch them progress. There’s nothing better than seeing the smiles on their faces as their self-confidence soars after learning something new or tackling a new trail.”

For more information about Learn to Ski and Snowboard Month, go to www.learntoskiandsnowboard.org, and, hopefully soon, we will be making some turns together.

Christian Deiss of Scott Depot is a freshman at Hurricane High School.