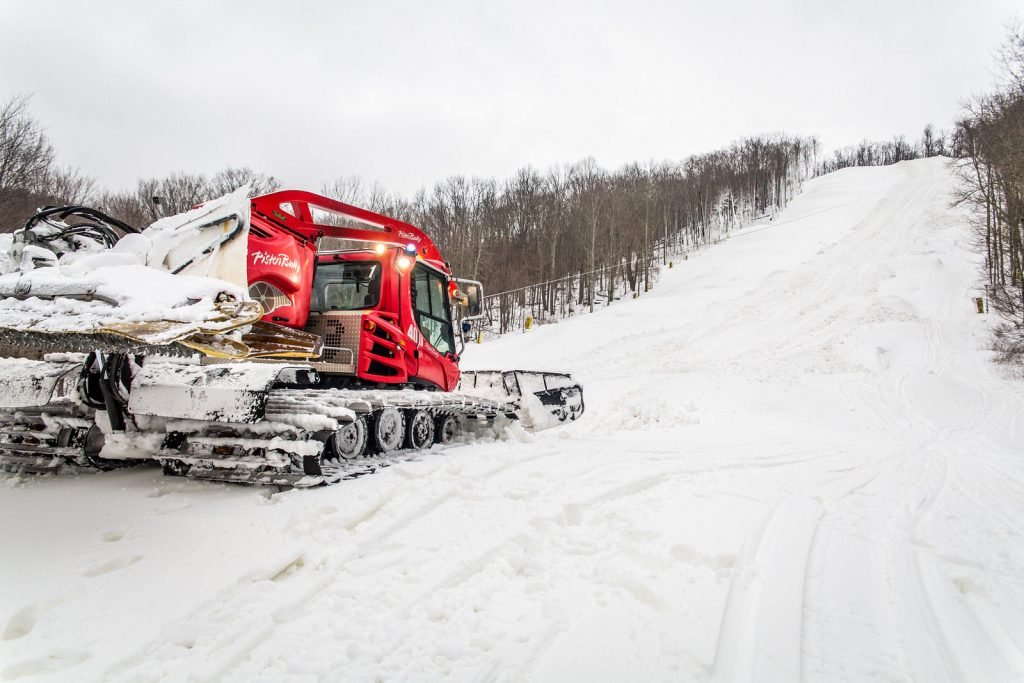 SNOWSHOE — Last month when my father had to scrape ice off his car’s windows for us to get to the bus stop, I knew that one of my favorite times of the year was right around the corner, and that’s West Virginia’s ski season.

Last week, the season got underway when the ski patrollers at Snowshoe Mountain Resort dropped the ropes, opening the Pocahontas County resort’s slopes for the 2018-2019 season.

The first time I strap on my skis each season, fills me with a lot of anticipation. For those in the ski industry like Tom Wagner, Winterplace Ski Resort’s Executive Vice President, the feeling is mutual.

“It’s my favorite time of the year,” Wagner said. “All summer long we are making improvements on what we offer our visitors. But once I see the employees returning and we start making snow, you can feel the electricity in the air, as everyone knows that what is about to come up is going to be a lot of fun.”

While Snowshoe Mountain opened for the season on Nov. 21, Winterplace and Canaan Valley Resort plan on opening in early to mid-December.

For skiers and snowboarders, getting ready to have fun in the winter basically means to get their equipment tuned up and start watching the weather forecasts. I know we can’t start sliding until the snowguns get cranked up, but Shawn Cassell, Snowshoe Mountain’s Public Relations Manager, says there’s more to dropping the ropes than just covering the slopes.

“There’s a lot of things that go on behind the scenes that people don’t think about, from getting thousands of rental skis, snowboards and boats all waxed and tuned, getting the groomers out there making sure the slopes are ready, to making sure all of the restaurants are stocked and that we have enough employees to handle our guests,” he said.

West Virginia’s ski season traditionally lasts from the Thanksgiving holiday to the beginning of April, when Mother Nature cooperates.

My dad tells me of the day when he first started skiing that trusting a resort’s snow report was sometimes one of the hardest things to do when planning a trip. Now with webcams everywhere at all of the resorts, Cassell says it takes some of the guesswork out of making the decision to go or not to go.

“Now people can see for themselves on the webcams just how the conditions are in real time. I think transparency is a good thing, because I think the webcams helped people realize that the conditions are better than expected in our region,” he said. “Even when it’s 50 to 60 degrees, say, in Charlotte, they can still look at our cams and see that at 4,800 feet, there is still plenty of snow to have fun on.”

When Snowshoe Mountain opened for the season a week ago, they were able to offer skiers and snowboarders almost 50 acres of terrain to play on, not a bad way to kick off the season.

My first turns of the season will be probably be sometime in December, when I can talk my dad into making a trip to the slopes. To say I can’t wait is an understatement, and, for industry veterans like Wagner, who has been associated with the industry for almost 40 years, those first turns of a season are always special.

“It’s always exciting,” Wagner said. “I always tell people that skiing is a year-long passion for me, as my weekly fitness programs are geared around getting ready to hit the slopes. I always feel like I found my dance partner again when I hit the slopes on the first day. All I can do is just smile.”

The best way I have learned to keep up with everything in the region for skiing is to check out the news on either goskiwv.com or skisoutheast.com.

Hope to see you on the slopes this season. Let’s get a few turns together.
Christian Deiss, 14, of Scott Depot is a freshman at Hurricane High School.

Previous Post
Snow Has Been Falling Steady for the Last 24 Hrs Across the Mountains
Next Post
What a BEAUTIFUL DAY it is to be on the Mountain!