Christian’s Sports Beat: Checking out new territory on the slopes 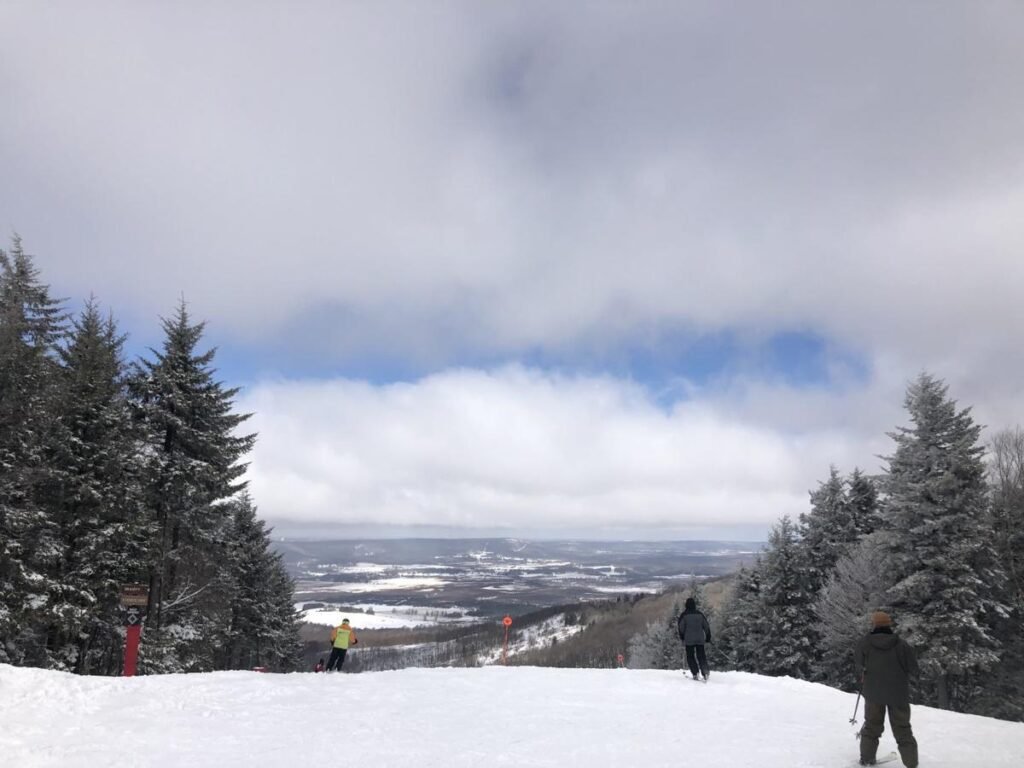 Christian Deiss shared this article with us that was originally published in the Charleston Gazette-Mail.

DAVIS — I started skiing as a member of the Hurricane Middle School Ski Club five years ago, and, during that time, I have skied on the majority of the slopes at Winterplace Ski Resort in Raleigh County and Snowshoe Mountain Resort in Pocahontas County.

I guess you can say I cut my teeth on those trails, and, this season, I wanted to see what else was available for me to tackle with my skis.

In the middle of February, I found out from my dad that a trip was being planned for the family to go to Canaan Valley Resort in Tucker County. You see, my dad is columnist for a ski industry website, skisoutheast.com, and the site’s editor, Mike Doble, wanted my dad to join him to cover the 60th annual Governor’s Cup Ski Races at the resort.

Needless to say, I was excited, because it was going to be a chance to try out new terrain for not only me, but for Mike.

We hit the trails early on the first Saturday of this month, with over a half a foot of fresh, natural snow under our equipment, making my first turns at Canaan Valley very memorable.

For Mike, checking out some new skiing terrain was special for him, also. “For anyone who skis or snowboards fairly regularly,” he said, “it’s always good to experience new terrain. I mean, it’s just fun. I found out quickly that Canaan Valley has a lot to offer with a variety of trails, which is awesome for every type of skier or snowboarder.”

Canaan Valley Resort offers an equal amount of beginner (blues), intermediate (greens) and expert (blacks) trails for skiers and snowboarders visiting the resort that is in the highest elevated valley east of the Mississippi.

The group of skiers and one snowboarder (my dad) really didn’t need a trail map, because the resort was just about fully open and all we had to do was point our equipment downhill and let gravity take over.

I found out from Mike that he felt the same way I did whenever going down a new trail: It was like opening a Christmas present.

“Exactly, there’s nothing like finding or unwrapping something new around every turn on a trail, finding new rollers (groomed piles of snow on a trail),” Mike said. “It’s tough not to be excited, as a longtime skier, to be able to enjoy something you had never seen before.”

Every resort tries their best to make their slopes a little bit different than the others, and Mike and I guess every skier and snowboarder understands that fact, but when you get right down to it, though, as long as you got snow underneath you, that’s all that counts.

For Mike, it’s just a matter of picking and choosing and having some fun. “There’s nothing better than to start your day on the slopes with fresh snow on the trails thanks to Mother Nature. I mean, even though the trails at Canaan (Valley) were new to us, you still are making right and left turns and finding some new drops to discover, and that’s what make this sport that we get to enjoy five months a year so much fun.”

I have now skied at all three of the ski resorts that operated this season in West Virginia, and, while I was at Canaan Valley, I found out what was in store for Timberline Mountain that closed this year and will be reopening for the 2020-2021 season. Skiers and snowboarders will find two new lifts, just to start with, and you know what that means: time to check out some new territory.