A Challenging Week Ahead Filled With Spring Skiing Conditions 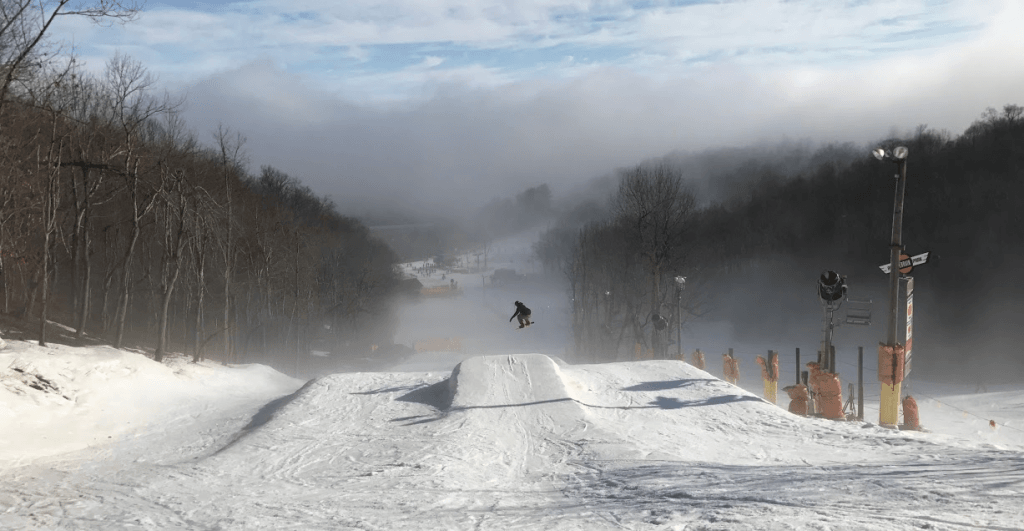 To say that the ski areas have a challenging week ahead is an understatement.  We’re now a week removed from cold and snowmaking temps and it looks like we have another week at least before we see the return of them.  The Great January Thaw of 2017 might take the cake for the worst one ever.

The weather theme in the past week has been that of clouds, fog, and overall damp and dreary conditions.  That continues this morning as we’re seeing a lot of grey on the webcams.  The ski areas in West Virginia and Virginia are also seeing some moderate rain as well.  Combine that with more mild temperatures (40’s and 50’s) and you have one crappy morning!

The weather over the weekend obviously wasn’t the greatest either, but as Mike talked about it looks like the masses were still out and about.  I was scanning some of the webcams on Saturday and Sunday and each time I looked there were some very respectable looking crowds on them.  I think the cold snap and snow of the prior week created some buzz and got a lot of people hyped to go ski or snowboard.  Here’s a reminder of what the Sugar base cam looked like on Saturday. 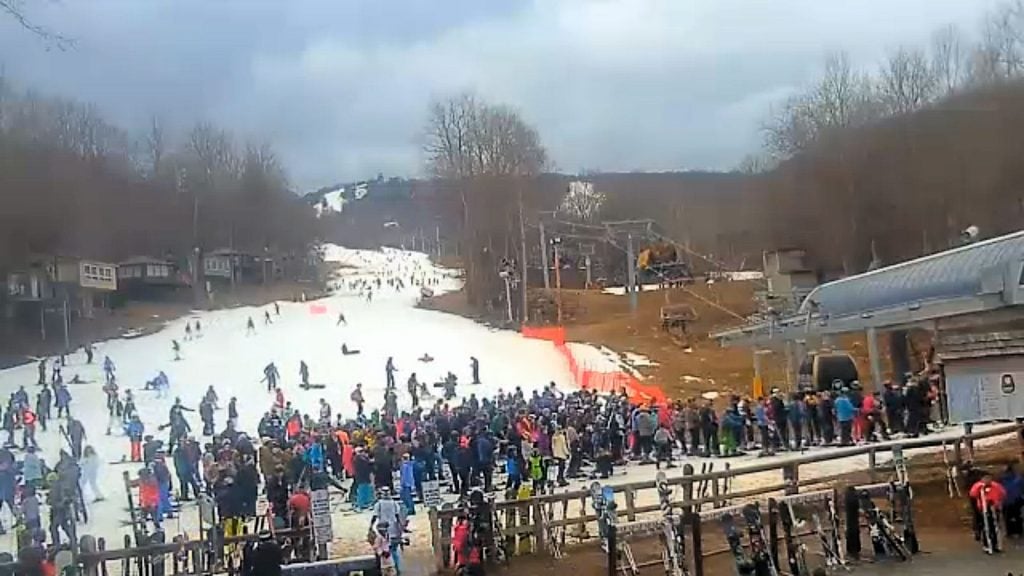 I was able to get out yesterday and get some riding in at Appalachian Ski Mountain (and fix their webcam) and I can tell you that even with the warmer conditions it was a blast!  Sure, I was riding in only a flannel shirt and the snow was slushy as can be (I walked on the slopes and immediately sunk several inches into the snow), but it still ended up being a great time.  Overall it felt more like March than mid January, and while it was fun it was also a little concerning when I thought about another week of mild and wet weather.

The coverage at App is great right now and the terrain park was stacked with features for riders of all abilities.  They have by far the best per capita snowmaking system of anybody in the region and will remain one of the better choices for skiing or riding this week in North Carolina as a result.  When it’s cold, they can really, really lay down some snow.

Here’s a few images I snapped out there.  I didn’t take too many as I was having too much fun.  Click on each to enlarge. 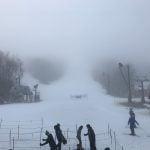 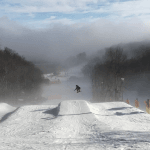 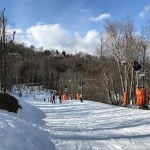 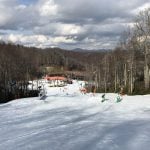 Here’s a few other social media posts from the ski areas this weekend that show how conditions were.

will definitely be back pic.twitter.com/fI3lWKY6cy

Overall, I’d say the weekend was a success.  The crowds were good, snow conditions were decent, and while the weather wasn’t the greatest, it could’ve been worse.

So yeah, the rest of this week and into next week doesn’t look too good weather wise.  As I already stated, we’re a week removed now from the last snowmaking and it appears as if we’re still at least a week away from the snow guns firing back up.  This truly is going to end up being the worst January Thaw ever.  Usually it lasts no more than a week, sometimes it’s only a few days, so to have 2+ weeks of it is crazy.  And it comes on the heels of one of the better cold snaps we’ve seen in recent seasons.  It’s like Mother Nature was just teasing us.

We have the rain in WV and VA today and then it looks like we’ll be done with underdeveloped snow for the most part until Friday and then again on Sunday.  The mild temps stick around though all week as we’ll see high temperatures consistently in the upper 40’s and 50’s.  I talked last week about groomers spreading out snow piles and what not and hopefully they got that done over the weekend because with conditions like this grooming actually contributes to deterioration of the snow.  When the snow is this wet and slushy, driving the groomers over the snow makes it worse.  Massanutten actually noted this on their snow report…Minimal grooming due to the warm temps. 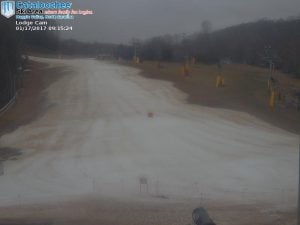 With the forecast being what it is, it’s inevitable that we have to start talking about possible temporary closings.  We should definitely see at least a few ski areas have to temporarily cease operations this week.  The only one I will definitively come out and predict will close is Cataloochee and that is solely because of the drought which has limited their snowmaking opportunities.  That is odd to say as they are usually one of the most aggressive with snowmaking and consistently have solid conditions all season.

Keep checking back all week as we’ll keep you updated with any news we get in terms of closings.  Don’t get me wrong, it won’t be a ton of resorts, only a few, but it is noteworthy for many folks who might have plans for the weekend.  That and it’s freaking January.

Your best choice for skiing or snowboarding right now is up in West Virginia and Maryland.  Those resorts generally all have at least 20 trails open right now.  Snowshoe still has 55 somehow.  Crazy.

It still looks like the cold doesn’t return until next week sometime, so we’ll have to make it through until then.  I’m sure Brad Panovich will send us his latest video forecast sometime this week and he’ll hopefully have some positive news to share on that front.  We just have to stay positive until then!

Previous Post
The Countdown is On For Old Man Winter’s Return to the Ski Resorts
Next Post
Continued Blegh Conditions, Our First Closings to Talk About