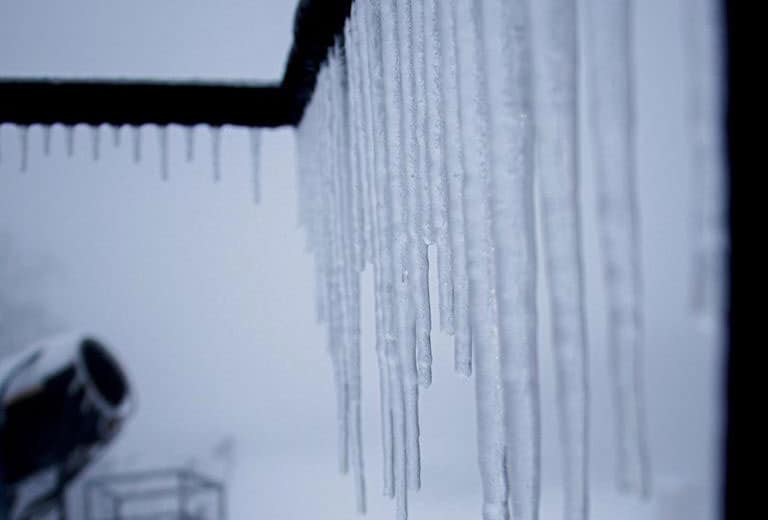 Welcome to the party, Canaan and Wisp!

It’s opening day for the West Virginia and Maryland resorts as we get the weekend jumped started.

There will be four more resorts open the 2019-20 season on Saturday in addition to Bryce and Massanutten resuming ski operations after a hiatus during the week.

Add in the fact that Snowshoe is dropping the rope on Silvercreek today, it is an exciting day area-wide.

Well, except the fact that Ma Nature decided to be cranky.

Freezing rain and just plain ole cold rain is moving through the area this morning to dampen things, but the consistent rain should become more scattered later on today and into tomorrow.

I think today’s featured photo from App Ski Mountain sets the tone quite nicely. The caption was “Mother Nature might be throwing curveballs, but we’ve still got the snow”, and that is certainly the case.

The bright side? It is going to end as some natural snow on late Saturday into Sunday – as much as 1-3 inches in some locations.

With some colder arriving next week, conditions, as we head into the holidays, are going to be fantastic.

There are now seven resorts open for play today. After Tuesday’s natural snow and plentiful snowmaking opportunities the past two days, the slopes are prepared to weather this morning’s rain.

Here is a quick snapshot of conditions at each resort (in alphabetical order).

Beech Mountain (35°) – They are playing on a 20-36” base with a packed powder surface, and featuring seven slopes and six lifts open.

Canaan Valley (33°) – Great opening day conditions as they are playing on 10 slopes and four lifts operating. They have a frozen granular surface on a 21” base.

Justin Harris did an outstanding preview of the conditions yesterday with longtime patroller Stan White and his buddy Judd.

Cataloochee (39°) – A 30-50“ base with a groomed surface. They are skiing from the top of the mountain with nine slopes open and three lifts operating.

Snowshoe (33°) – The big news is that Silver Creek is open raising the trail count to 25 with 10 lifts operating. They have a 58” base with a groomed surface.

The territory expansion keeps on trucking on Saturday as they will drop the rope on the Western Territory on Saturday. They posted this great teaser video on Thursday.

Sugar Mountain (39°) – Riding on a wet and frozen granular surface with nine slopes and four lifts operating. They have a 24-35” base.

Wisp (42°) – It is going to be a great opening day as they have five slopes serviced by three lifts. They are opening with a 21” base with groomed surface.

Be sure to check out the Snow Report for more in-depth details.

It may be wet at times today, but it will still be a good day to get on the slopes.

Tomorrow, the list will grow as Winterplace, Wintergreen, Sapphire Valley and Wolf Ridge are slated to open for the 2019-20 season.

A quick update on a couple of resorts – Ober Gatlinburg hopes to open the ski slopes early next week, while The Omni Homestead is shooting for Dec. 21. We will certainly update you as we can.

It is going to be a great weekend!

Previous Post
‘RIKING’ to the Top of Hemphill Bald!
Next Post
Wisp Resort set to open Friday for the Winter Season