A Bump in the Road Before Santa Delivers 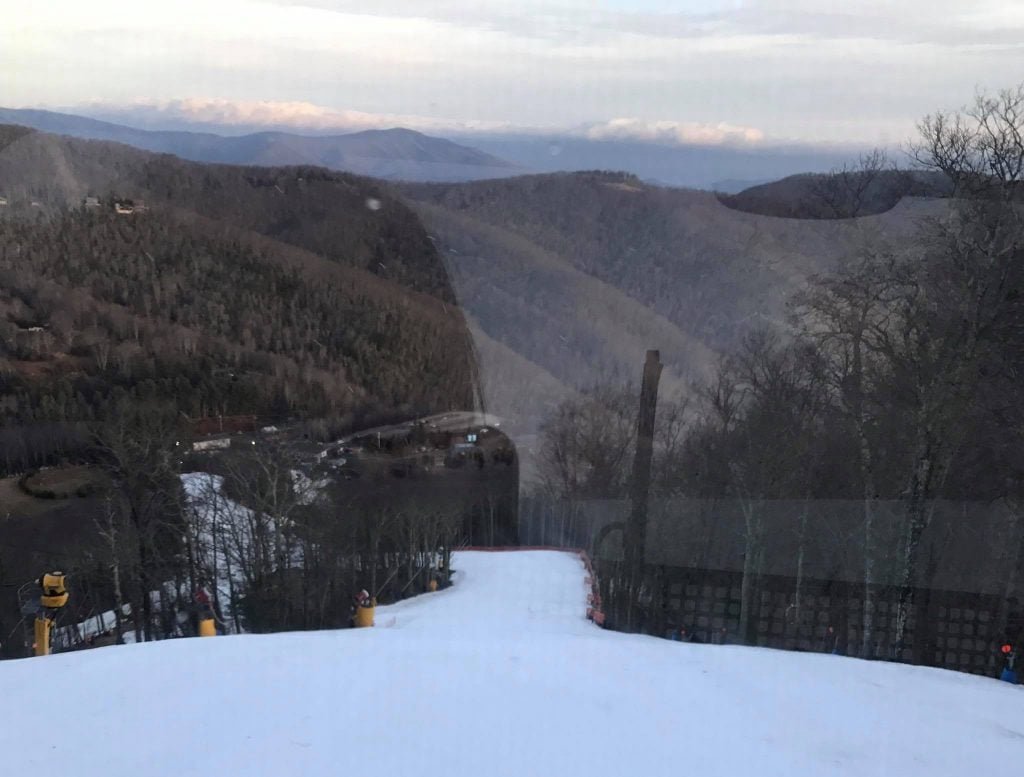 The holiday weekend/week is almost here!  Only one final work day sits between us and what is hopefully a cold and snowy week in between Christmas and New Year’s.  Unfortunately, both today and tomorrow look rather ugly as we have warmer temps and some underdeveloped snow in the forecast.  Fear not though, Santa arrives Sunday night and brings some Arctic air with him.

The final work day before the holidays is starting out in a rather blah way.  Basically all of the webcams show a lot of grey skies out this morning.  Temperatures today will get into the upper 40’s and 50’s at the ski areas as well.  Granular is the word of the day and I saw that on a few of the resort’s snow reports this morning.

There’s good news and then there’s bad news.  The bad news is that we have rain (yeah, I said it) moving in later tonight and sticking around for tomorrow.  It is a widespread event so all of the resorts will see underdeveloped snow falling from the sky tomorrow.  As I said yesterday, tomorrow looks like a good day to get some last minute Christmas shopping in.  I will probably be going to Best Buy and buying something I don’t need.

The good news is that after we get through the nastiness tomorrow, we’re golden.  The entire week after Christmas looks AWESOME™.  Mike and I have been talking all week about the arrival of another cold blast and that still looks to be holding true.  We’ll see those colder temps arrive on Sunday night and snowmaking at all of the resorts should resume swiftly.  The thank a snowmaker hash tag will be more relevant than ever as the snowmakers get the slopes ready for us on Christmas Eve night.

A white Christmas for some of the ski areas is looking like a possibility as Mother Nature might lend a hand.  A small hand, but a hand nonetheless.  I was reading the National Weather Service forecast discussion and they were talking about 2-4″ of snow Sunday night for northern West Virginia.  Amounts look much lighter everywhere else but it would be a nice scene on Christmas morning to see some flakes falling from the sky.

Snowmaking will be in full force next week as we stay cold.  Even the lower elevation Virginia resorts could see a couple days of around the clock snowmaking.  Massanutten is usually one of the warmer spots in the region but as of right now the NWS has a forecasted high of 30 degrees on Wednesday out there.  With sunny skies nonetheless!  That’s awesome.

As for the possibility for some natural snow later next week, we’ll just have to wait and see.  I talked yesterday about volatility in weather models and we’re still 6-7 days out from it.  Things can change on a daily basis and I’m sure they will.  The potential is there though.

I hope we don’t see any complaints about snowmaking during business hours on social media.  DON’T BE THAT PERSON.  While we had a great 10-12 days earlier this month, by the time Sunday night rolls around it’ll have been a week or so of no snowmaking.  It’ll be needed.  And we all know a January thaw is inevitable.  Just make sure to bundle up and enjoy the fact that there is some snow to play on.  It’s so crazy to think back to two years ago when we didn’t have but one or two resorts open for the week in between Christmas and New Year’s.  This year, every single ski area in the region is open.  Many of them have double digit open slopes and great coverage on those runs.  You’re going to have a great time no matter where you go!

I was going to go state by state and take a look at trail counts and what not, but I have some things to take care of before my holiday vacation starts at noon.  Make sure to check out the snow reports page if you want to see some of those numbers.

I’ll be back a couple times next week as I’m not going to let Mike do the snow report every morning.  We’ll both be coming to you live on camera from Snowshoe a morning or two as well.  Until then, enjoy the holidays and Merry Early Christmas!