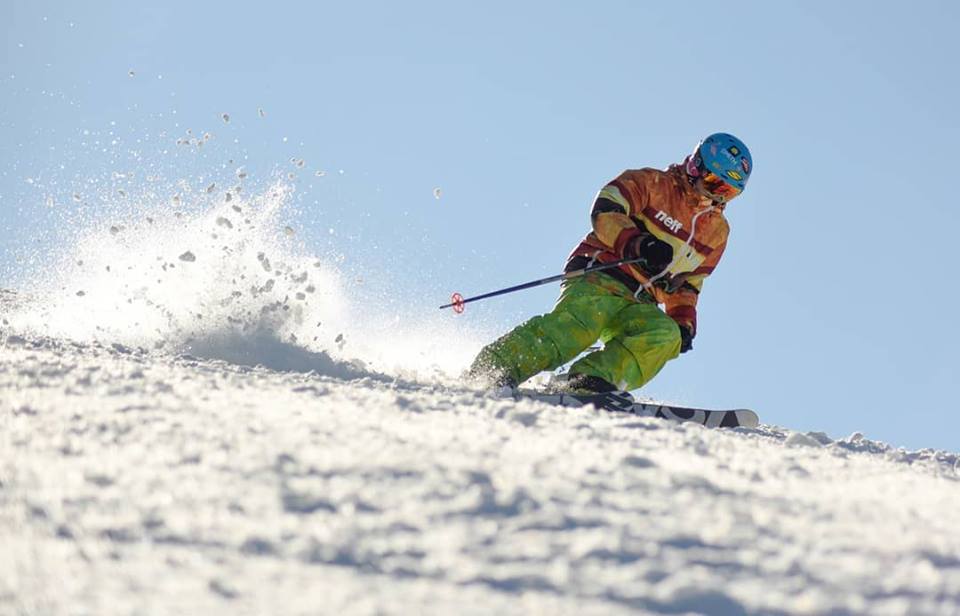 I have to admit, there were times when I was writing this column last month that I was thinking, if things don’t turn around quickly, I might just be writing my last column of the season.  Then it happened, winter returned with what a lot of snow sports industry veterans remember as a normal March.  That being, not so bad, but near freezing temperatures and lots of lake effect snows at the higher elevations.

I have enjoyed reading various posts on social media from folks living in the flat lands, that they can’t understand why it is still snowing.  I have also enjoyed posting “remembers” that spring doesn’t officially begin (or began depending on when you read this column) until Tuesday, March 20.  The last time I checked it is supposed to snow during winter and for every skier and snowboarder out there that have been able to get out on the slopes this month, the improved conditions have put a lot of smiles on a lot of faces.

I was interviewed on a statewide radio network last week and the host asked me to describe what the industry went through in February.  I calmly used a term coined by skisoutheast.com’s resident meteorologist Brad Panovich and told the host that it was a “blow torch” of a month.  I will never forget, watching the group of middle schoolers I help chaperon every Friday night at Winterplace Ski Resort, get off the bus, dressed for sub-artic conditions and the true temperature at the time was 58 degrees.  Please understand this was on the Friday in February, not April or May.  I quickly told them to shed at least four of their layers so that they would get wet from the inside out.  Some heeded my advice and the ones who didn’t, quickly did so after their first time down the slopes.  Sometimes the old man on mountain knows what he is talking about; now my wife and son might disagree, but sometimes it is a fact.

I have enjoyed taking a daily tour around the resort cams of the resorts that provided what turned out to be bonus time on the slopes for the season.  The snow just kept piling up everywhere at every resort. For the resorts that decided to pull the plug on the season, it was a business decision and I am not going to be the one who asks why?  Sometimes we forget that despite being an extremely fun activity, it is also a business.  The last time I checked the snow sports industry is an example of a for-profit business and those calls by the resorts to close in late February and early March was simply for that, business.  Some of the resorts have other activities to offer and had decided to move on and into the next season.  Those of you out there complaining, why, just go find some powder elsewhere, because it was just about everywhere and it wasn’t hard to find.

I was working at Snowshoe Mountain when the Blizzard of 93 laid down a few feet of snow throughout the region.  It was an exciting time to be at a resort, playing on the slopes in knee deep powder for continuous days.  Great memories for all that were able to experience that event.

Leap frogging to this year, please understand I live in the low lands of West Virginia, between Charleston and Huntington.  Yea we got a few inches of snow here and there earlier this month, but nothing and I mean nothing like what occurred in the Allegheny Mountains that stretches throughout the southeast region.  I saw an article in the Washington Post, labeling this year’s March snow as the “Raging snowstorm that no one is talking about.”  The snowfall that was referred to in the article was part of the Nor-Easter that put a blanket of snow in the northeast, which because of the large metro areas it affected, the Allegheny Mountains were ignored, other than a number of mentions by The Weather Channel’s Paul Goodloe when he was live in Roanoke, Virginia.

I thought it was also fun to read on social media of those of you out there that had already put away your skis and snowboards for the season and when you saw what I saw on the various web cams, the quickly formed dust was knocked off and away folks went heading to their favorite resorts that were getting the much appreciated March snow.

As they say, all good things must come to and end and it looks like the bonus time on the slopes have pretty much come to an end.  Checking out the various snow reports online, St. Patty’s weekend is/was the swan song for the majority of the ski areas in the region.  I know there are going to be some staying open, for instance, Snowshoe Mountain in West Virginia, which was and still is planning to stay open through April 1.  Not only did the March snowfall improve the quality of slope conditions, but also the quantity of trails open for skiers and snowboarders.  Without even looking I know the numbers of available slopes more than doubled for the resorts still open from the latter part of February to now.  Folks that just rocks for this time of the year.  I just hope that everyone remembers next year that it is not over, until Mother Nature says it’s over.  Meaning, due to the ever-changing weather conditions that can occur in the southeast, if you don’t like what you see one month, the next month just might be what you are looking for, for having some bonus time on the slopes.

This week’s column is basically the last one for the season as next week I will be announcing my yearly “Snowies.”