Blame this bad start to Winter on Captain America? 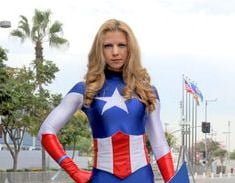 We’ve been sharing the yuck news about this crazy, mild December weather pattern in about every way possible and still put as much of a “positive spin” on it as possible. There is a lot of positive news and good vibes about the LONG TERM Winter Forecast as many prognosticators are still maintaining that once we close the books on this season (hopefully sometime in early April) we will find that we’ve all seen 120-130% of normal snowfall.

However, some seasons just start slow and I remember that last season got off to a quick November start and then when December hit, things went South. I took the blame for that poor weather start in saying that for years – we’d always placed a wooden snowman out in our yard well prior to winter. We had consistently cold winters during the rein of “Frankie the Snowman”. Well THAT old snowman rotted away and we created a new, Frankie the Snowman and seemingly as soon as we erected him in the yard, the weather was horrible.

So we burned “Frankie the Second”. (You can watch that video from last season. It’s cheezy, but once we burned that bad boy – cold weather hit and hung around all winter.)

So think of this stuff as kind of the virtual version of baseball’s rally cap superstition.

Blame THIS ONE on Captain America?!?!

That’s Jeff out in front of yours truly skiing at one of the Snowshoe Summits.

Fans or followers of SkiSoutheast.com will know the name “Jeffry Jackson” AKA “Captain America”. He’s also “jeffryc” on our Snow Forum Messageboard. Well Jeff emailed me this morning and he is volunteering to be the fall guy for us on this one. He’s accepting the blame for this poor start to winter.

Hi Mike!
You can blame this bad start on me. For the past 5 years, the day my son got out of school, we flew to Denver and skied 4 days at Copper Mountain. It’s always been great.

Jeffry in his Captain America attire enjoying a cold one.

Well this year, I thought I’d save money. Since I have a Snowshoe season pass, I’d drive us to Snowshoe instead. I made my reservations at Rimfire and planned to ski December 19-22. I even bought my son a new product they had this year: $99 pass good from opening day through December 25. I’m sure the folks that bought those are thrilled.

To say that I’m bummed is an understatement. I’m not complaining, just bummed. I’ve lectured folks for years that in our sport, you take the weather you get and make the best of it. Several years ago, in Mont Tremblant, Quebec, I skied 3 days in a steady 33 degree rain. On every lift ride, I wrung the water out of my gloves. I skied all three days from first chair to last. I came to ski and I did.

So on December 19, I’ll lap the open runs (at Snowshoe) until they close. I’ll hot tub it and tell lies. I’ll sing Karaoke at Hoots. I’ll eat too much steak at the Junction. And then I’ll do it all over again on the 20th, 21st & 22nd!

The truth be told, it looks like with maybe 2 more good nights of snow making (and no rain) Cupp Run and Silver Creek could open. Maybe if I cancel my reservation the weather will get colder? Naw!!

So as long as they have something open, we’re going to head up there. We’re going to break up the trip on the way up and stay with Francis and Keith. (Other members of the messageboard.)

From Brad’s report this morning, it sounds like there’s the potential for great late season conditions for a Snowshoe Summit. Let me know when the weekend is set. Believe it or not, I’ve already got 10 committed!

I hope to see you on the slopes soon, Jeff Jackson aka Captain America 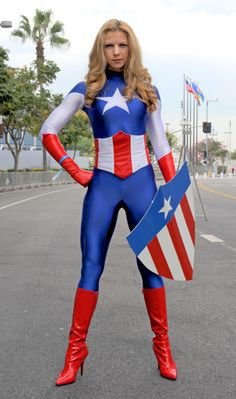 Jeffry COULDN’T be working the night shift as…no I’m not even going to go there.

THAT my friends is what “IT” is all about. With the proper attitude and dedication, FUN will still be achieved. Kudos to Jeff and his son and to all of you who will do what it takes to make for a great time.

By the way, when I was looking for some images of Jeff from the messageboard, I Googled “Jeffry Jackson Ski Southeast” and interesting I also found THIS photo! Could it be? No, it couldn’t!

Previous Post
Good Morning from the “Tropical” Ski Mountains!
Next Post
Why Are We Even In This Business?