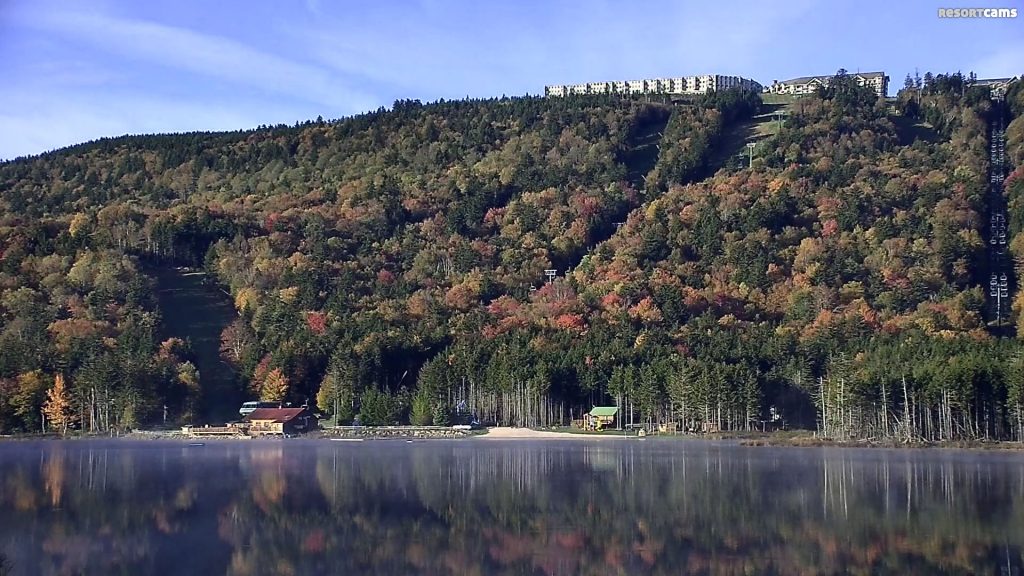 I missed this past weekend’s Oktoberfest at Sugar Mountain. Hurricane Matthew made other plans for me as I ended up having to travel to the coast of South Carolina – where it looked NOTHING like Autumn. Temps were in the mid-70s down there and by the time I arrived back home in the mountains late on Sunday night there was a definitive Fall chill in the air. 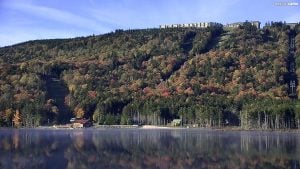 Click to Enlarge this shot from across Shaver’s Lake

Those of you who are looking for a bit of news pertaining to the fall-leaf-gawking season – things are still holding at about 10 days behind schedule in terms of color, etc. The night time lows are now pretty chilly so things will begin to burst over the next couple of days and I think we’ll have an awesome weekend ahead for the 39th Annual Woolly Worm Festival in Banner Elk.

Lows dipped to 34° last night / this morning and those kinds of temps will trigger the magic that IS Autumn in the mountains. Typically by now (October 12th) we’d see colors nearing peak and sometimes even past peak at the higher elevations, however that’s just not the case this year.

Here is a simple LIVE CAMERA TOUR of the peaks at various mountains in the Southeast and mid-Atlantic. 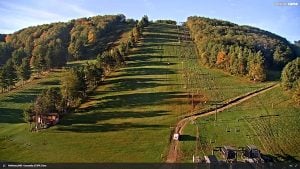 I’m thinking that PEAK Fall Color probably won’t hit most of the mountains until around October 22-25th which is about ten days behind the norm. 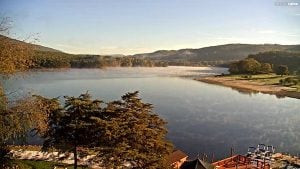 Click to ENLARGE nice shot of one of the newer webcam partners up at Rocky Gap Casino in Maryland.

We ARE seeing some patchy nice color around the region and as I mentioned earlier these low to mid 30° temps will do their thing pretty quickly now. Many reports that I’ve seen are also sharing that this particular fall-leaf season may be a bit “muted” in terms of brilliant colors, but we’ll see. The truth is I have been traveling to the mountains for most of the last 50 years and I’ve yet to see even the most “muted one” be anything other than spectacular. There is something about the rustic colors of Autumn, the leaves rustling on the ground and roadways and the musty smell that accompanies it.

This weekend is perfect for yours truly as there is no football game for my beloved Gamecocks. That is awesome because that means I can devote ALL of my attention on hanging out and attending the Woolly Worm Festival and maybe even take in the Valle Crucis Fair which always takes place on the same weekend annually. 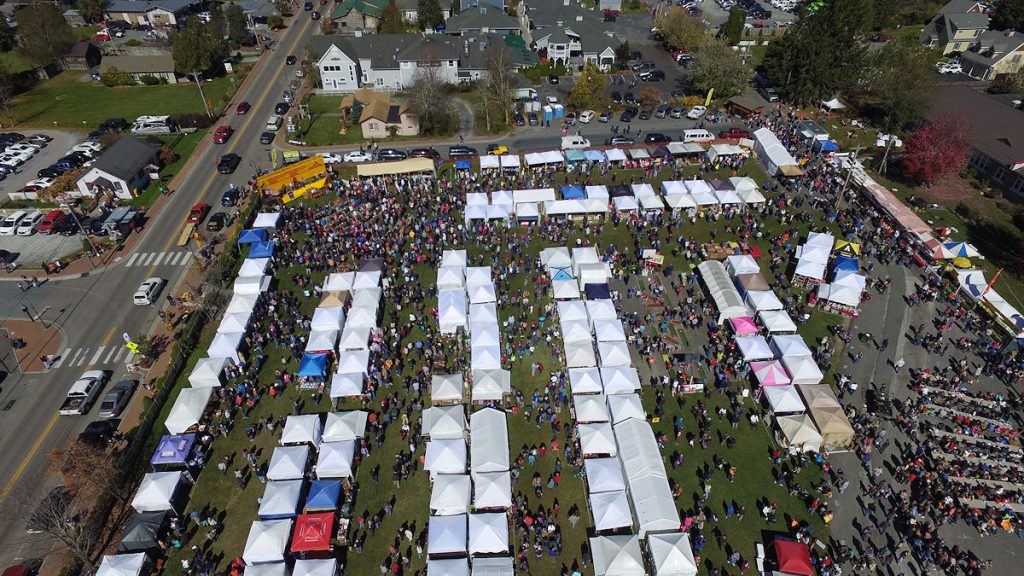 The Woolly Worm Festival is always an awesome time with all of the food vendors creating at atmosphere that always has me hoping that somebody invents SMELLAVISION soon! There’s always a ton of crafters showing their wares. There’s lots of entertainment and then there’s the two days Woolly Worm races themselves. It’s kind of like the Nascar races in reverse. The MAIN event is held on Saturday with heat races going on all day and then the winning worm is crowned late in the afternoon on Saturday and that worm is the one chosen and used to predict the upcoming winter weather forecast

Go to: http://www.woollyworm.com/ for more information, event schedules and more!

I will probably be there both days, but at least on Saturday and if the weather allows it – I will be flying our newest drone which shoots 4K video. I’ll also have my ground level cameras in tow and try to get you guys some of the sights and sounds. We’ll post those up later on Saturday and Sunday.  If you can’t make it there in person, we’ll at least provide you with the next best thing.

Parking is free, but fills up quickly so bring cash in case you need to pay to park in a fee lot.

If you are planning on visiting the Valle Country Fair in Valle Crucis the same day, take NC Hwy 194 betweent the two festivals to save time.

There are no ATMs at the festival.

Pets are not allowed into the festival.

You can bring your own Woolly Worm to race or you can buy one at the festival.  If you look around outside the festival gates, you might find one on the spot!

If you plan on racing a worm, sign up for a race heat when you first get to the festival so you do not have to wait. 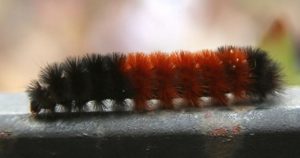 I’ve personally not seen a ton of woolly worms roaming the area. My youngest daughter picked up one in the yard about two weeks ago (see photo) and the few that I have seen all resemble this bad boy – which would seem to bode well for winter weather forecasting – if you’re a cold weather and snow lover like we are.

The browns are deep brown this year – seemingly indicating a colder than normal winter and the black bands at both ends are forecasting colder and snowier periods.

We’ll see that the winner predicts and share that with you along with some more scientific analysis from Meteorologist Brad Panovich, Dr. Ray Russell, our own Kenny Griffin and others.

Until next time – come see us at the Woolly Festival this weekend.