The Beginning of February Looks Kind of Meh 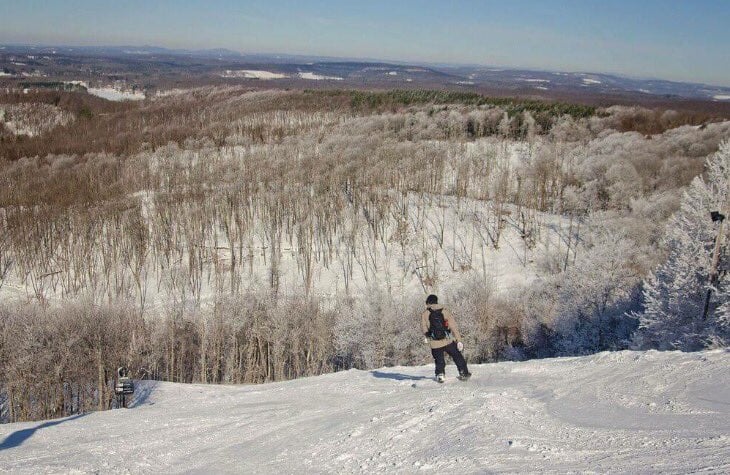 Welcome back to another week!  Hopefully everyone had a fantastic weekend of skiing and snowboarding as it turned out to be a picture perfect Saturday and Sunday with milder temps and blue skies galore.  I am super bummed as I didn’t get to ride at all this weekend since I was still recovering from being sick.  My butt was glued to the couch all weekend watching the Winter X Games and numerous movies.  My takeaways…you have to be a gymnast to be a competitive skier or snowboarder nowadays and Sicario is one of the best movies I’ve seen in a while.

I tried not to look at the webcams too much as it would have bummed me out but I did check them out a few times and it looked NICE.  That and I talked to one of my buddies who rode at App this weekend and he said conditions were awesome.  Spring-esque conditions with minimal lift lines always makes for a good day out there.

As I usually like to do on Mondays, here are a few social media posts from the resorts over the weekend.

Wintergreen Resort has really been killing it with the photos this year.  Just about everyday they have some high quality images on their Facebook page and on their Mountain Message blog.

Winterplace and Tom Wagner put out another installment of their “This Week at Winterplace” video series.  I always like to watch it and see what’s going on up there and based on the latest video it looks like they have some sweet conditions currently!  I was up there almost a month ago now and I really want to get back now that they have everything open.

Here’s a cool aerial drone view of Wisp Resort on Sunday as their Subaru Winter Fest was taking place.  Drones are awesome. 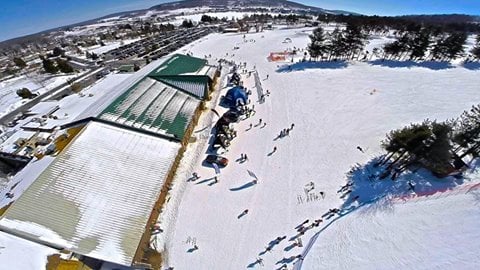 And finally, here’s some more sweet looking corduroy, this time from Beech Mountain Resort.  The High Country ski area opened up Oz Run this weekend to the delight of many and it also puts them at 100% open now. 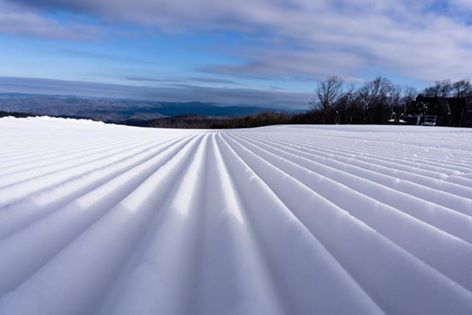 One thing you’ll notice in all of those images and videos is the appearance of bluebird conditions in all of them.  What they can’t convey is the warmth that also accompanied those sunny conditions this weekend.  I’m pretty sure this was the warmest weekend we’ve had since December and all of the ski areas were between 50 and 60 degrees yesterday.  What a change from last weekend.  I just looked at the high temperatures for Sugar Mountain, Massanutten, and Snowshoe yesterday and they were 55, 60, and 52 degrees respectively.  Hoody day!  Heck, yesterday could have been a t-shirt day!

The trend of warmer temperatures is going to continue for the first half of this week and unfortunately, it will be accompanied by some underdeveloped snow as well.  Tomorrow looks like the least wet day, but today and Wednesday look to feature precip of the unfrozen variety.

The good news is that a cold front moves through late Wednesday and brings back the colder temperatures with it.  The latter half of the week, including the weekend, looks really good right now.  We’ll see the return of snowmaking temperatures at night and it’ll be nice and sunny during the day.  Awesome!  Make plans now for a weekend trip.

While we’re on the topic of weather, David Lesher had this little tidbit of information on his Canaan Valley snowfall page this morning…

Total cumulative winter snowfall so far this season now totals 53 in. (See Table 5 below). Based on the past 15 years of records here, that’s about half of the average amount for February 1. Despite the impression this winter’s snowfall so far “seems” an unprecedented low amount, during the winter of 2004-05, cumulative snowfall on Feb 1 was 54 inches and in the winter of 2001-02, it was 40 in. on Feb 1.

It is pretty interesting to learn that while this year does indeed seem low on snow totals so far thanks to a crummy November and December, it’s not unprecedented.  Of those two other years that he referenced, the 2001/2002 season ended up with 81.7 inches of snow (oof) while the winter of 2004/2005 finished up with 162.2 inches.  Let’s hope we end up more like 2004/2005!

Snowshoe is having their annual Cupp Run Challenge today…

The Cupp Run Challenge is today! Come to the Western Territory and watch one of Snowshoe’s oldest traditions, this giant slalom race begins at 10:45.

The Shoe was able to open up the lower half of Shay’s Revenge over the weekend so the entire Western Territory is now open top to bottom.

Joe Stevens posted his latest weekly “Snow News is Good News” article yesterday.  This one is especially good to read as he makes his first turns on snow in a few years and his son does so for the first time ever.  Good stuff!

Finally, Learn to Ski and Snowboard Month is now over but Wolf Ridge has decided to continue their specials into the month of February.  That is awesome and really cool on their part.

Monday through Thursday – First timers get a great deal to try skiing or snowboarding. Purchase a full day or twilight pass, a set of rental equipment and get a 1.5 hour beginner lesson absolutely free! If you have ever thought about trying skiing or snowboarding, this is a great deal and a great time to do it. Get trained by one of our professional snow sports instructors and learn the skills you need to enjoy this great sport. These lessons are offered at 9am and 1pm, so please arrive at the resort no later than 30 minutes before so you have time to get your ticket and rental equipment. Children age 5 – 8 years are not eligible for this offer. Come on out, we look forward to seeing YOU on the slopes!  Not available Feb. 15.

Wolf currently has all of their trails open so if you have a weekday off from work and are looking for something to do, head to Da Wolf!

Have a good start to the week.  Think cold and think snow!