Beech’s Quad is “Just Fine” Despite Rumors to the Contrary 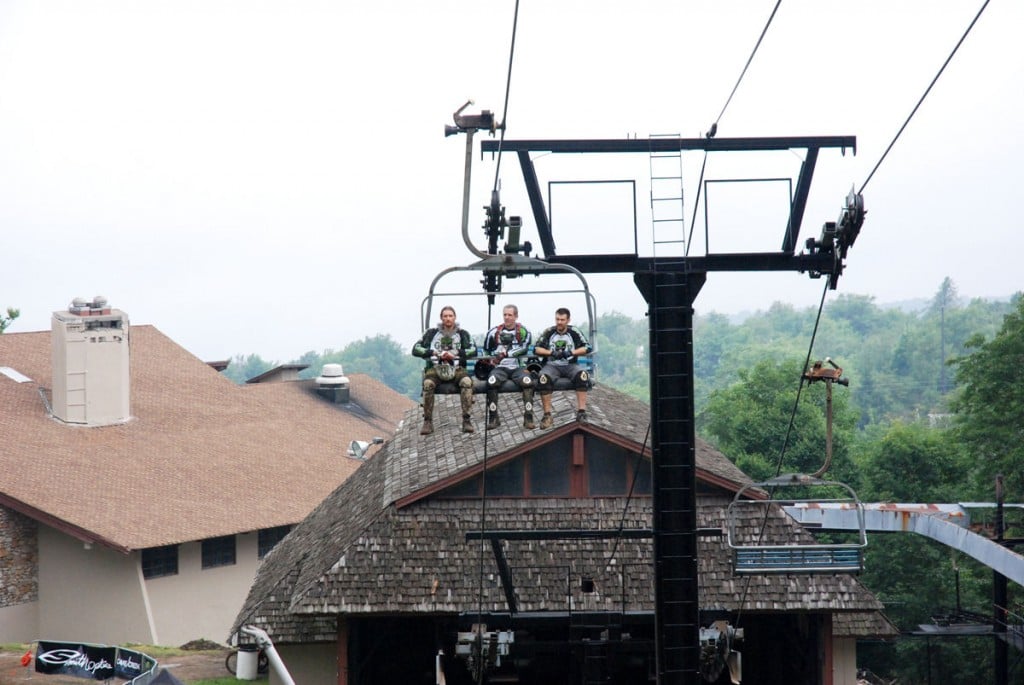 Beech Mountain’s Quad Gets Used Year Around as this cool image shows from this past summer during a bike event. Photo compliments of Ken Ketchie.

I really, REALLY hate rumors. Unfortunately in the ski industry they tend to run rampant and to be honest – most ski areas don’t participate in them. However those that do make it bad for all of us.

Let me preface my comments this morning by saying that chair lift issues happen AND they happen at every ski resort. They’ve happened at more than one ski area this season.

After a couple of issues with the QUAD lift up at Beech Mountain this season my INBOX was filled with people either questioning “what they’d heard” OR telling me “what they KNEW to be fact”. I also received texts from friends who ran the gamut from rumor-spreading to simply questioning what we knew.

Beech Mountain has had a few issues with the quad lift this season. It happens. Sometimes bad luck happens more than once. Heck, we’ve had THREE BRAND NEW SERVERS destroyed TWICE in the last six months. That just doesn’t happen – but it did.

Stuff happens…and such is the case with the Quad at Beech this season. On a couple of occasions, the lift has broken down and stranded people riding on it for some time. Each time that it did, my INBOX and phone lit up. I was “informed” and questioned about WHY SkiSoutheast wasn’t “reporting on it” and why we didn’t feel it important enough to share with our audience.

Unfortunately SOME of those emails and texts were from friends with loyalties to other ski areas in the region. I asked myself WHY that might be and I came up with numerous reasons. Among them were: jealousy, overly competitive, over-zealous for their own ski area, etc.

One regular reader wrote, “I think it’s funny that Beech has a huge billboard promoting the quad as a huge reason to drive up Hwy 184 to Beech Mountain and yet they can’t keep it running.”

(That billboard is within 100 yards of the entrance to Sugar Mountain.)

Let me explain why I don’t report when lifts break down. I don’t report on those things for the same reason that the airline industry doesn’t write articles every time a plane crashes. They leave that to the newspapers and television. The INDUSTRY doesn’t report on it because it isn’t a smart marketing move. People are scared of flying so WHY would you write about the ULTRA RARE times when a plane or jet goes down?

Likewise, chair lifts are machines or mechanical. Machines break down. Here’s something to think about: They NEVER break down when they’re not in use. Conversely, they ONLY break down or STOP RUNNING when they are IN USE and running.

…and it happens at EVERY SKI RESORT IN THE WORLD.

It should also be noted that EVERY ski resort goes through REGULAR inspections such that their lifts are safe and reliable to use.

However, after the last couple of issues with the QUAD at Beech, I was inundated with emails and a few texts (again) and a couple of them were bordering on chastising us about not “revealing the problems at Beech”.

The reason I didn’t post about “the problems at Beech” is because there aren’t any. Typically I’d ignore those comments but this time around I decided to comment on them because this time some of the comments I received were spreading lies that I think needed to be addressed.

Some of the comments I received:

“Beech’s quad is gone for the season. So why isn’t skinc talking about it?”

“Heard doppelmayr won’t go fix it til October. Beech is in real trouble and has to get new lifts or they’re not going to make it.”

“Why aren’t you people reporting on the Beech quad failure? Seems pretty evident that you’re protecting your bank account. Shame of you. People need to know.” 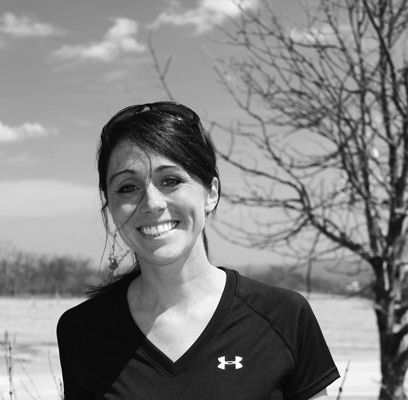 I could go on but you get the gist. I’ll react to these comments and questions in a second. However, let me share the fact that I reached out to Talia Freeman, Beech Mountain’s Director of Marketing and official spokesperson for the resort. (Talia is pictured to the left…)

I specifically addressed the rumors that I’d heard (and received via emails). Some of those emails and texts suggested that Beech’s QUAD would not be running for the rest of the season. Some suggested that Doppelmayr (the lift people) would not be able to get to Beech until OCTOBER and that it might have to be replaced. Others emailed me that “Beech was in BIG TROUBLE b-e-c-a-u-s-e they have to replace their quad.”

Talia shared, “I am not sure where these rumors are floating (from)…  The lift requires routine maintenance. (All do…) (Lifts at ALL of the ski areas have some age on them.) Things happen from time to time and thankfully ALL ski areas (including Beech) are prepared for most any kind of mechanical failure.”

She added, “The quad is working fine and will be in operation for the rest of this season AND through the summer.  This summer we plan to open June through September.”

She did go on to say that they would be working on normal maintenance and upgrades to the lift this summer but that it will not hinder their summer operations. She also offered that upgrading the lifts at Beech was something that they were interested in and looking into.

This NEXT comment isn’t meant to worry those of our readers who tend to be afraid of heights or lifts in general – however, it is not all that uncommon for lifts to break down. However ski resorts are prepared to handle those kinds of issues. The BIGGEST issue when a lift breaks down is that it SIMPLY STOPS. It’s bothersome. It can make for a VERY COLD wait to get cranked down…but RARELY is a broken lift dangerous.

Talia wanted to add one final remark. She said, “We care about our customers. We care about our product and we realize that the lift is a draw to our customer base.  With that being said, we will continue to improve our operations and people should notice notable improvements next season on and off the hill.”

By the way – TODAY the QUAD LIFT IS RUNNING and OPEN TO THE TOP!

So shame on those of you who have emailed me and texted with certainty – that Beech’s lift is dead.

Suffice to say that THIS is WHY I/we don’t “report” on these kinds of things. All too often, the information that get’s “out there” isn’t based on fact.

Here are some notables for today:

Wintergreen Resort: 25 of 25 trails; tubing; terrain parks AND they are celebrating Mardi Gras Weekend! The weekend will feature the Syncro skiing event, costume parade and much more. Wintergreen will present their final Rail Jam and Slopestyle of the 2015 Wintergreen Terrain Park Series on Saturday and Sunday. Click here for more information: http://wintergreenresort.com/Mardi-Gras-Weekend/ 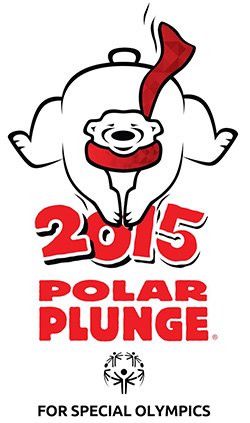 Winterplace: 27 of 27 trails; tubing; terrain park AND Don’t miss the Polar Plunge and Head to head racing today Saturday, March 7, 2015. This is a great charity event to raise money for the WV Special Olympics. Go hang out, enjoy some fun and support an awesome charity.

They are Freezin’ For A Reason! The event will be held at The Mountain House today at 1:30. 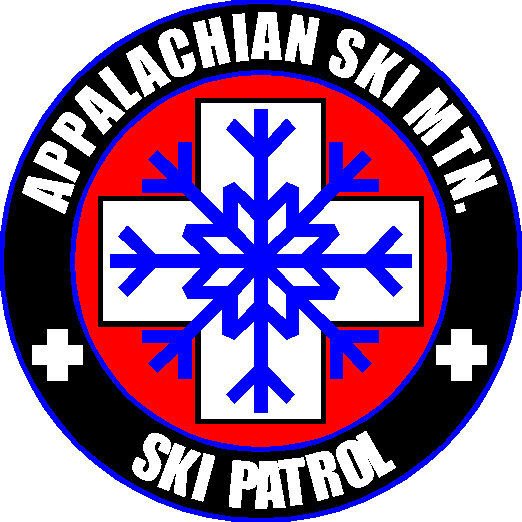 If you’ve always wanted to be a ski patrol or even thought that it would be cool – here’s your chance. Appalachian Ski Mountain will hold Appalachian Ski Patrol Candidate Tryouts for 2015-2016 season on Saturday, March 14th @ 9:30 a.m. Participants will be asked to bring skiing/boarding equipment. A complimentary lift ticket will be provided for the day.

They will discuss the goals of their Candidate Program, with an Introduction to their Patroller 101 Course, and briefly discuss general Patrol Policies and Procedures and future Patrol Membership Requirements. A brief Interview will be conducted with each Prospective Candidate and Skiing/Boarding skills will be demonstrated and evaluated, based on NSP and PSIA standards, for each participant.

Future Candidates, interested in joining Appalachian Ski Patrol and participating for the day, should register in the Patrol Room prior to this event.

For more information, Please contact a member of the Appalachian Ski Patrol Today (828) 295-0789

Cataloochee: 17 of 18; terrain parks; and tubing is open today and Sunday and tubing will close for the season.

Omni Homestead: 9 of 9 trails; tubing (Eileen Judah, Homestead’s Marketing Manager wrote, “With Mother Nature’s natural powder and great forecast, plus our own snow making, this is going to be the best weekend of the season!”

Sapphire Valley: Both of the slopes are open as is tubing. This weekend is Sapphire’s LAST weekend of this ski and snowboarding season for the Cashier’s ski area. They will close for the season tomorrow, Sunday, March 8th.