Back to UNDERdeveloped Snow 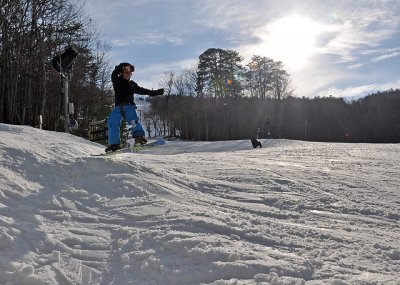 We are halfway through another work week, and only 4 days away from Christmas! I cannot believe how fast time is flying. I’ve been here almost a whole year now. It didn’t really hit me that Christmas is almost here until I looked at the webcams yesterday. That sounds weird, but the cams at the ski area were showing a large amount of people on the slopes on a Tuesday, which means that it’s holiday vacation time. It’s good to see that many people are keeping with their holiday plans and headed to the resorts, even if conditions aren’t awesome right now.  There is still plenty of fun to be had out there! 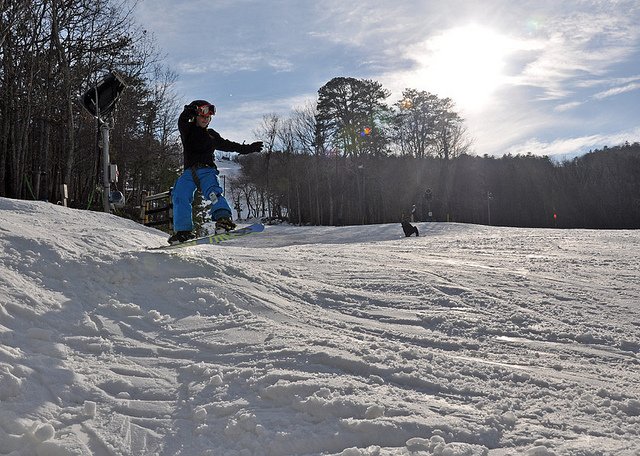 <<< There is still fun to be had out there as evident from this pic at Massanutten Resort yesterday.

Temperatures this morning across the region at the ski areas are mostly in the 40’s. Ugh. That isn’t what I want to see when I come in here in the morning. The radar is rather depressing too as it is showing a good amount of underdeveloped snow across the entire region right now. As you can see, I have gone back to using the term underdeveloped instead of overdeveloped. Mike got an email yesterday from someone who said that I had messed up by saying over instead of under. It wasn’t a typo. I guess they just didn’t see my First Trax report from last week in which I said I think it should be called overdeveloped since it starts out as ice and snow in the first place. Regardless, we’re going to stick with using underdeveloped for now as we don’t want to confuse anyone. I guess people are still getting used to me doing these morning reports!

As I alluded to yesterday, the next few days don’t look too particularly nice in terms of the weather. We have a frontal boundary that will make it’s way through the region later tonight. Unfortunately, it will stall out and linger in the area for the next several days, meaning more underdeveloped snow through Christmas Day.

The good news is that there is colder air behind this system. Christmas night and the first part of next week look to provide snowmaking opportunities for just about every ski area here in the region. The West Virginia resorts look to 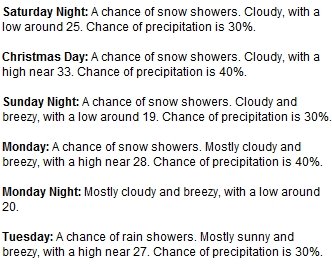 see some natural snowfall too. Mike and his family are still pondering about whether or not they will head up to Snowshoe for the holiday week. I told his wife this morning that I would definitely go if I were them. The Shoe is always fun and next week won’t be any different.

<<< Beginning Saturday night, the weather looks to be taking a turn for the better at the Show.

So, things will turn for the better after the next few days. We’re on the down part of the ride right now, but make no mistake it will go back up again. We still have 3 months left!

Once again this morning the open terrain at the ski areas are basically in line with what they were yesterday, so I’m not going to go over them. A few places have lost a trail or two and base depths have lowered, but that is all expected. On a positive note, Snowshoe has opened up additional runs and lifts today. That puts them at 27 open trails and 11 lifts in operation. Those guys are doing an outstanding job so far this year considering the weather has been sub-par. Kudos to them! You can head on over to the Ski Report page for a complete list of what’s open and what’s not.

For weather information and what not, head on over to High Country Weather. I’ll be doing another video forecast today so look for that around noon. High Country Web Cams is another great resource for live video and images from around the region. I still love getting emails from people who love all of the new cams. Keep em coming!