Back Into the Freezer We Go 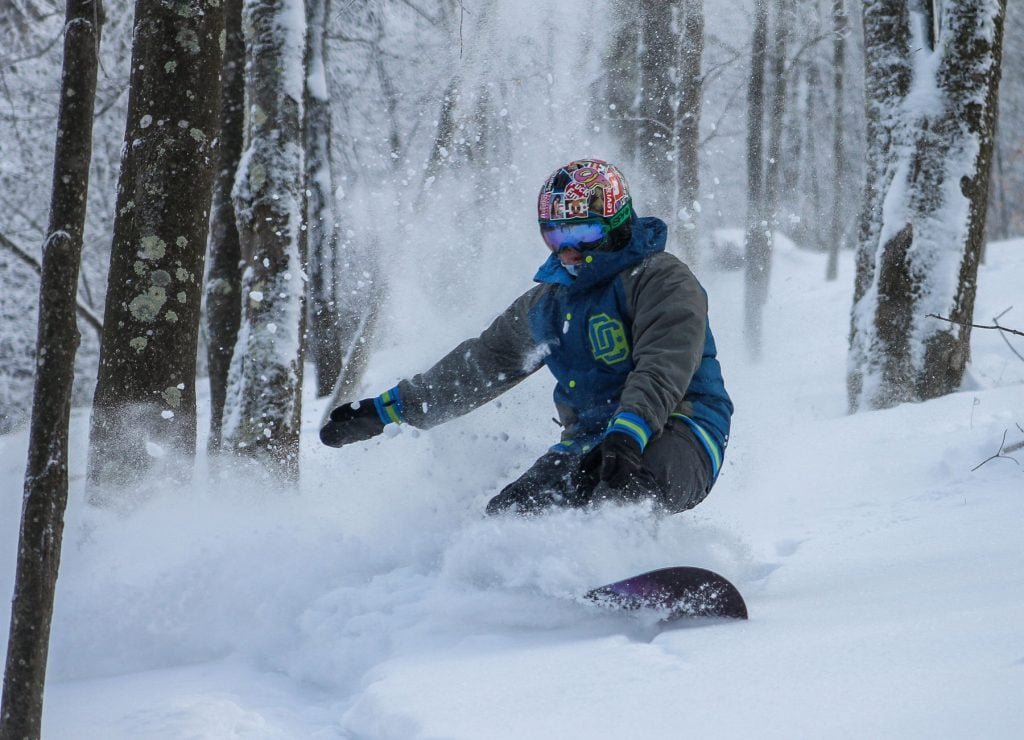 Prepare yourself for another few days of brutally cold temperatures.  Another Arctic front moved through the region this morning and is going to create some of the coldest weather we’ve had in at least a few years.  The silver lining to it all is that there is some snow accompanying those cold temps and we could see a mini powder day for some resorts by tomorrow.

While skiers and snowboarders are looking forward to some more cold and snow, the big weather story of the day is the storm moving up the coast.  Bomb cyclone, Nor’easter, whatever you want to call it, it’s been producing some moderate to heavy snow in coastal areas.  The ski areas won’t be left out though as northwest flow is going to produce some snow for them as well in the next 24-36 hours.  One look at the radar this morning and you can already see snow showers coming in from the northwest.

Here’s the current snow forecast between now and Saturday around lunch time. 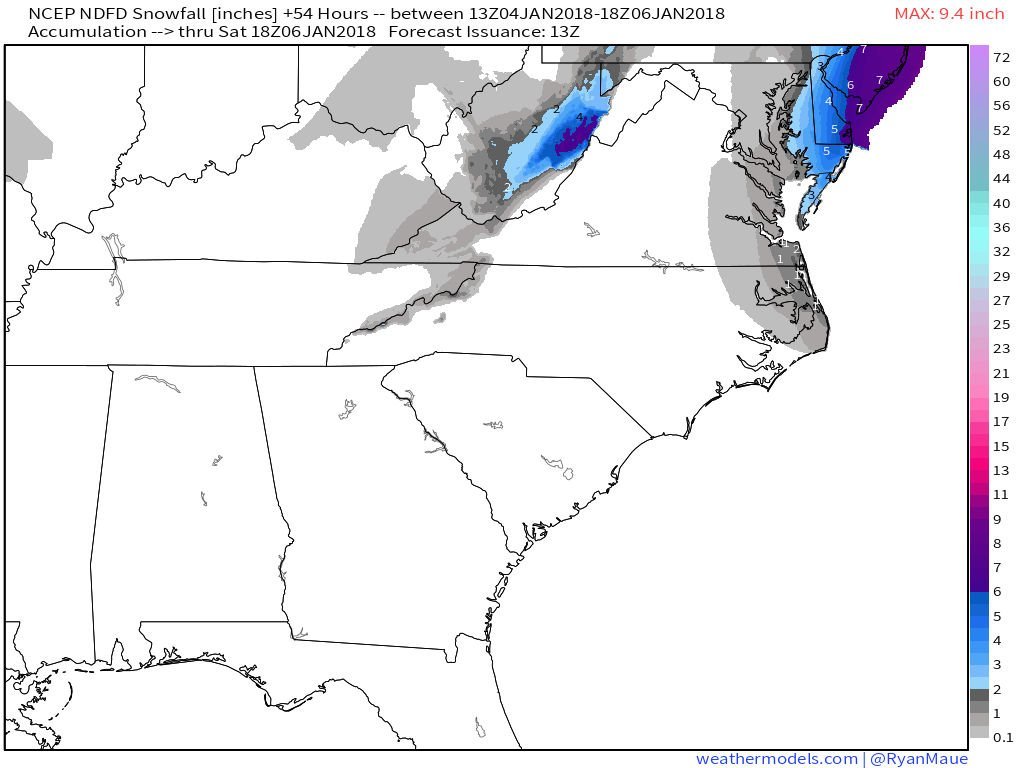 The forecast looks much the same as yesterday in terms of where the snow is going to fall.  Light snow for the North Carolina ski areas with moderate snow up in West Virginia is the theme of the forecast.  The local forecaster for the High Country of NC is saying a dusting to 3″.  Beech and Sugar would be at the higher end of that range as they are favored in events like this.

The totals for West Virginia have been upped though and Canaan, Snowshoe, and Timberline could see some higher numbers than initially thought.  I said yesterday that it wouldn’t surprise me if we saw a 6 inch number up there.  I might have to raise that a bit now.  The snow is going to be so light and fluffy that totals will add up quickly and those resorts have overachieved with the last few systems.

It is going to be pretty gnar out there though if you do choose to go skiing or snowboarding today or tomorrow.  The wind is going to be whipping like crazy, creating some dangerous wind chills.  The wind chill in West Virginia will be in the negative 20’s and 30’s today and tomorrow (Good luck Ryan haha).  The NC ski areas are looking at the negative teens and 20’s in terms of wind chill.  Even in Virginia, those resorts are forecasted to see negative wind chills.  I’m not going to lie, tomorrow looks like one of those days where it might be too cold to ski or snowboard, even for a die hard like me.  I say that but I know I would wake up and see the snow and still go out!

We’re going to warm up a bit as we head into the weekend, thankfully.  Saturday will be clear and a bit warmer, but still rather cold.  Sunday will see temperatures rise to a more comfortable level and if you don’t want to deal with the worst of the cold, then that is the day to go riding this weekend.

We’ll moderate even more as we get into the first half of next week, although we have some nastiness to deal with on Monday as it looks like a wintry mix is slated to move in.  Gross.  Past that and into MLK weekend, I don’t really want to speculate right now.  Maybe Brad Panovich will have an update for us on that either today or tomorrow.  The snow is going to be just fine so I’m not worried about that.  I just hope that we don’t get crazy cold temperatures like we’re experiencing right now.  I was reading a snow industry newsletter yesterday and it was talking about how skier visits were actually down over the Christmas week time period up in the Northeast.  They’ve been having a great start to the season up there as well but it was just so cold that it significantly deterred people from getting out on the slopes.  Apparently their skier visits were down by up to 35%!

A lot of the people who visit the resorts on the big three weekends (Christmas, MLK, President’s Day) aren’t used to extreme cold and probably don’t have the proper gear, so when it gets as cold as it is today and tomorrow skiing and snowboard is a no go.  I saw this in person at Snowshoe this past week as lift lines on the days where the high temperature was only 3 and 5 degrees were noticeably shorter.  Let’s hope it stays cold but not too cold!  I don’t want to freeze my butt off and I want the ski areas to do well.

Don’t forget that you can watch the snow fun today and tomorrow over on Resort Cams.  We have cams at just about every resort.  I’ll probably keep a tab open in the background all day while I work.