And We’re Back in Business! 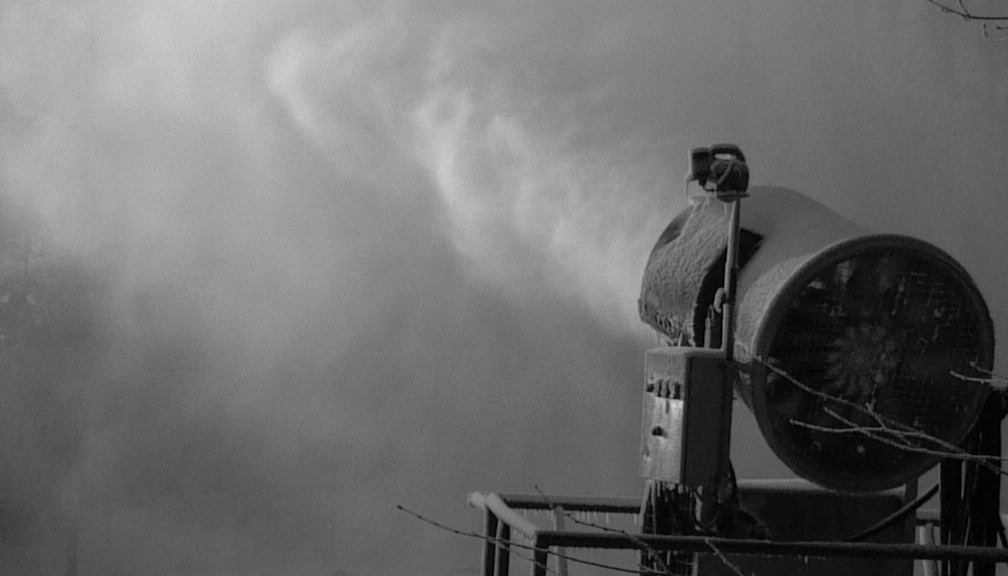 Fridays are always awesome, but today is even better.  I freaking love waking up and seeing what I’m seeing this morning.  The highly advertised cold has returned and we are seeing snowmaking at a lot of resorts, not just the open ones, in addition to a little bit of natty snow on top of that.  I’m so pumped!

I don’t even know where to start, but I guess let’s begin with the two open resorts.  Sugar has re-opened today and in a surprising way.  They are open to the top!  I definitely did not see that coming.  They are also reporting an inch of natural snow and the base cam there looks unbelievably better than it did yesterday.  It’s like night and day.  I wonder if they’ll try and open any additional terrain this weekend?  Hmmmmm. Of note, Sugar is charging regular weekday rates now.  Just wanted to give a heads up on that, so it’ll cost you $42 for a full day liftie instead of $35, which they had been charging.  I’ll take the seven extra dollars if it means the top is open.  Having Northridge and Switchback open makes things so much more fun out there!

Head down to southwestern North Carolina and we’re seeing a similar situation at Cataloochee.  They are blasting the slopes with snow right now and are reporting a 10-24″ base this morning.  They posted on Facebook that they are making snow at the top of the Rock Island lift, so I’d imagine they will open some additional terrain tomorrow in addition to the 3 runs they currently have open.  Just like Sugar, the transformation there in the last 24 hours as been pretty significant.  Check out the 24 hour timelapse below.

If you’re heading out to either resort today, make sure to BUNDLE UP.  The current temp there at both places is only in the teens and it’s not going to get out of the 20’s today.  I’d imagine they are going full on with snowmaking right now which will make things even more challenging if you’re not layered properly.  And finally, don’t complain about the guns.  Haha.

As I mentioned, it’s not just Sugar and Cat who are making snow this AM.  Here in North Carolina, both App and Beech are getting in on the fun too.  The webcam at the bottom of App looks ridiculous as it always does when they make snow.  They could open tomorrow if they wanted to.  Heck, they could probably even open today to be honest.

App announced a couple of days ago that they have bumped up their opening day to Thursday, November 20th.  That’s a day earlier than originally scheduled.  The sooner the better!

Beech hasn’t gotten their base cam back up and running yet, but the Slopeside cam shows some wintry conditions up there this morning. 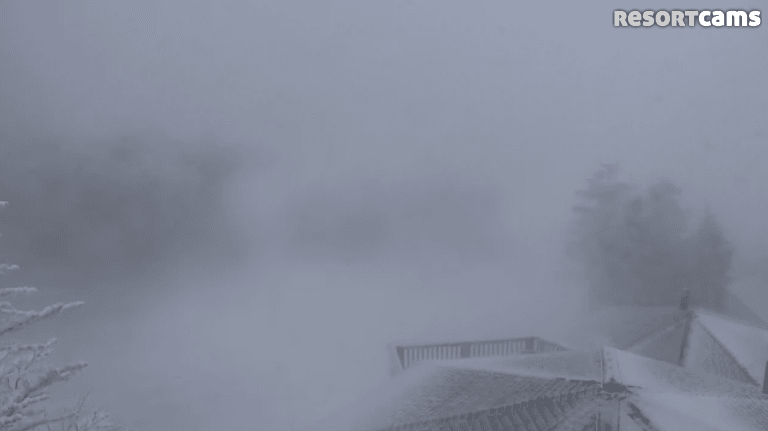 Like Sugar, they too saw an inch of natural snow. They haven’t announced an opening day yet, but with a ton of snowmaking in the next week I’d imagine late next week/next weekend is a pretty good guess.

Not to be outdone by North Carolina, all of the resorts in West Virginia are making snow this AM as well.  The resorts in Virginia and Tennessee have been or are planning on making snow beginning today.  All in all, Winterplace, Canaan, Timberline, Snowshoe, Ober Gatlinburg, Massanutten, Bryce, and Wintergreen will be making snow today.  It’s a snowmaking party basically.  You can watch all the fun at work today on Resort Cams.

If you don’t follow us on Facebook or Twitter, you will have missed that we added a new webcam at Wintergreen yesterday.  I’m pretty stoked on it.  Check it out. 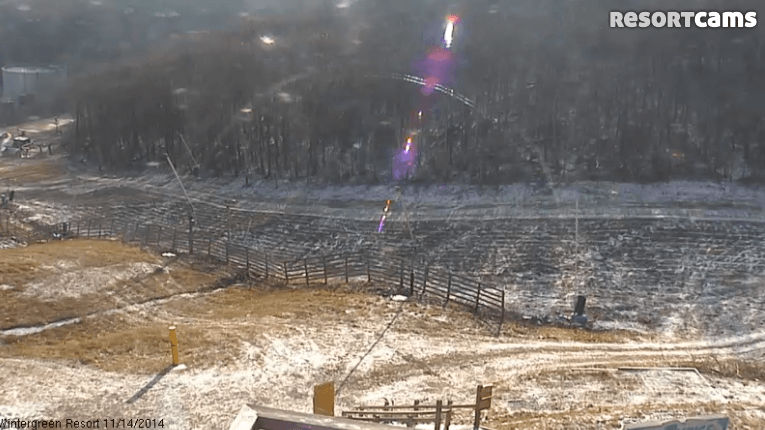 It’s a streaming cam and sits at the bottom of the tubing run and on the side of Eagles Swoop.  As I mentioned, they are going to start making snow later today and apparently it’s the earliest they’ve ever done so.  From their blog…

The word is out: we’re planning to start making snow!  It’s the earliest we’ve ever started snowmaking — early by nine days to be exact.  As you can imagine, record breaking early season snowmaking is causing us to kick everything into high gear and just GET IT DONE.

You can read the whole thing HERE.  i’ve always really like their mountain message and I think I’ve mentioned it in the past.  It’s a cool way to convey information that can’t be contained in a tiny summary on the snow report page.

In addition to the webcam, we’ve got a new partnership with them for this year.  Since I’ve been working here, we’ve never really had a relationship with them, so I’m stoked to have one this year with them.  I’ve heard nothing but good things about that place.  Here’s what Mike said…

“Wintergreen is an awesome resort and with an additional focus on partnering with their marketing staff and their Vice President of Resort Operations, Jay Roberts, we’re excited to share “all things Wintergreen” for the 2014-2015 ski and snowboarding season”, added Mike.

We’re also going to have a lot more passes to give away there this year, so be on the look out for that!

Well, that’s all for today.  I say that’s all, but I feel like I’ve typed a novel compared to what I normally do.  There’s just so much going on right now.  So much stoke!  Next week looks even more promising.  Stay tuned!

Mike has you guys for the weekend.

Previous Post
Cold Air Is Knocking on the Door
Next Post
Baby’s It’s COLD OUTSIDE! Nearly All Resorts are Making Snow!