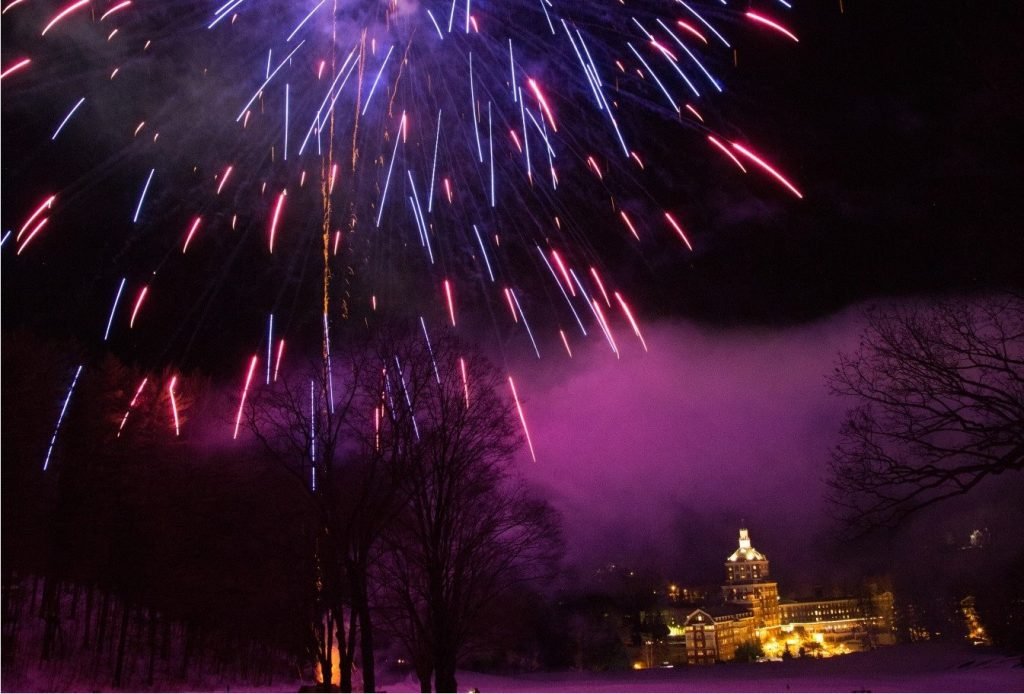 Okay, campers, rise and shine.
Don’t forget your booties because it’s cold out there today.
It’s cold out there every day. What is this, Miami Beach?
…
But there’s another reason why today is especially exciting.
The big question on everybody’s lips-On their chapped lips.

Do you think Phil will come out and see his shadow?

Okay, okay. It isn’t Groundhog Day again, but reporting on this season’s conditions since mid December has been very similar to scenes from the popular movie as conditions are nearly the same each day. There are not many unique ways that we can report that the conditions at each and every resort in the Southeast and mid-Atlantic are awesome, sweet, killer, astonishing, beautiful, impressive, magnificent, wonderful, wondrous, etc. (Insert your own adjectives.)

So again today…things are pretty sweet. One look at the ski cams at: http://www.resortcams.com/ski-cams/ will confirm that. Interestingly, many ski areas are reporting that they did not make snow overnight – which is odd to me if for no other reason than they could have just “put a fresh coat of paint” on the surface. But there’s a lot of base built up at each ski area for sure.

Check out the SNOW REPORT details for base, slopes offered, snowfall and temps (and more) at https://www.skisoutheast.com/snow-reports/

The Rest of Our Random Notes and Shareables Today – and even a little finger pointing.

Beech Mountain received another 1.5″ of snow and that’s 4″ from the 36 hour storm. CoCoRaHs reporter Gil Adams tallied 3.9″ officially. That puts them at 39.6″ on the season. Interestingly Dr. Ray Russell shows them with 6″ in the last two days (that’s not correct) and also only 32.1″ on the season. Again wrong.

According to Dr. Ray, it always snows more at Sugar Mountain Resort, where he shows it has snowed a foot of new snow in the last four days – 6″ on Jan 30th (it didn’t) and again 6″ on Thursday/Friday (it didn’t). He’s also showing them with 41″ of snow on the winter (again wrong) – but not as far wrong as the individual days (38.5″).

According to Sugar’s reporting, they saw 4″ of snow 12/31, when Beech and every report close by showed 2″. On Jan 17th they reported 7″ of snow, when CoCoRahs up there and on Beech reported 3″. The largest error-ed reporting now has come as they reported 12″ of snow these last 4-5 days and Beech and Sugar CoCoRaHs reports show 6″.

For those who will no doubt email me asking why we are picking on Sugar – simply send me picks showing a foot of snow anywhere on the ground around Sugar Mountain. I personally don’t much appreciate it when one resort purposely inflates snowfall, because visitors will look at that snow report and head there thinking they have that kind of snow on the ground…as opposed to thinking Beech doesn’t.

In fact, if you drive over to Sugar and then head to Beech, you’ll find more snow on the ground up there at 5506′ in elevation – although not a foot 😉

Here’s a capture from moments ago atop Seven Devils (across the road from Sugar). Does this look like a foot of snow?

To be clear – the conditions on Sugar are S-W-E-E-T! In fact, it looks awesome everywhere today, and if I was choosing where to ski between Sugar and Beech today based on what the slopes look like, I’d give a lean towards Sugar today as their grooming looks awesome. I just don’t like the recent push to marketing snow reporting.

Meanwhile, the beat keeps on beating with another .8″ of snow at Canaan Valley and Timberline Resort in the last 24 hours. That’s 9.1″ of freshies and 87″ on the season to “lead the league”.

For those who will question (again) why I report that as fact, because like almost all of the other 16 resorts, Canaan pulls their snow and temps from independent services and official NWS or CoCoRaHs reporters. David Lesher of Davis, West Virginia operates a crazy great service at http://data.canaanmtnsnow.com/

You want to see what official looks like – check out that report.

Scroll down under DATA FOR SUTTON DAM to see their NWS. You can click back each day via the blue links up top to see snowfall every day.

NWS is reporting 1″ in the last 24 hours, 6.0″ the previous report. So Snowshoe is also misreporting snowfall as 9″ instead of 7″. I know it sounds like I am defending them – but it is because NWS actually updates their reports sometimes two hours apart. They did so yesterday so Rachel or Shawn picked up duplicate numbers. This is only the second time this season they’ve missed that and both times it was NWS double reporting. We’ll report it to Shawn and their team and they will adjust it – they always do.

Ditto that for Lori and the marketing guys at Wisp. Their reports come from CoCoRaHs and they rarely miss.

So we like it when resorts work together for accurate reporting. Want to have some fun? Try emailing Sugar that they have made “an error” in reporting the snowfall.

Cataloochee Ski Area almost never even REPORTS snowfall except to say “YES” beside the place on their report that says – SNOWFALL: YES – I really wish they’d report it. Thankfully there is a CoCoRaHs reporter closeby. Cat picked up another trace of snow in the last 24 hours and 1.5″ from the storm and 20.4″ on the season. Some resorts use snow reporting to “AMPLIFY or EMBELLISH (thanks mom)” marketing value and others don’t even report it – see Cataloochee, Bryce Resort, Massanutten and others. I’m not a fan of either. It is my humble opinion that “SNOW TRUMPS EVERYTHING”. Not reporting it is mind boggling to me. Over-reporting it is offensive to me.

Another Great Report from Justin at Canaan Valley from Groundhod Day

NASTAR UPDATE: Because of the inclement forecast for Sunday, we will be holding NASTAR Public Racing on Saturday from 11am-2pm on Alley Cat Race Trail. Come out and test your skills on Saturday instead of Sunday this week! Register in the Ticket Center on the lower level of the lodge. NASTAR racing is open to everyone age 6 and above! Cost is $10 for two runs and $20 for unlimited runs for the race period that day. Regular lift ticket rates apply.

Its going to be a great day of skiing and riding today with cold temps, so dress appropriately for conditions. The CAT CAGE crew did another park build this week so we have two terrain parks available for you to ride and no snowmaking on guests during skiing hours!

Massanutten Resort – I liked this post –
The snowmakers have resurfaced just about everything and will be shutting down by mid-morning today. You might find some “gun – powder” on Upper Mak attack this morning, great day to get outside and slide. Light snow possible Sunday morning – Big Game party in the lodge.

Here is Kidd Oshea of ABC 7 News – WJLA showing us how to have fun at Bryce.

While on Bryce – here’s an awesome grooming shot from yesterday.

We are excited to announce that we have shipped TWO shiny-new high def cameras to Ober this week. Sometime next week we will look for one or both of those new cameras to go LIVE and show off Ober’s busy and fun top of the mountain. We will also be shipping a 3rd camera in early Spring to position itself where we will be able to provide you guys with awesome views of the Aerial Tram coming in and leaving the station. That is one of the iconic views when you are driving around downtown Gatlinburg and see those trams crossing the skyline.

Timberline Resort has been a little sluggish in their reporting this season, opting to not update things for a few days here and there. Of course, natural snowfall is officially provided by our weather-brother, David Lesher so that’s always available. Hence we can report that Timberline, like Canaan, has seen 9.1″ of natural snow in the last two days and 87″ on the season. The really big jump is on their base reporting. They reported a base of 20-60″ yesterday and now today they are reporting 32-84″. That’s a whopping 24″ of added base. (Again, they go days sometimes without updating…so this is not really a 24 hour jump.)

Wisp Resort picked up 2″ more snow and 8″ from the storm and 62″ on the season. Man they look awesome today as well. (I have to find more adjectives…)

Appalachian made 6″ of new manmade snow overnight. They picked up another .3″ of natural snow although they are not reporting it. That puts App at 20″ on the season.