August 24th Report – We’re On a Clear Stretch of Weather 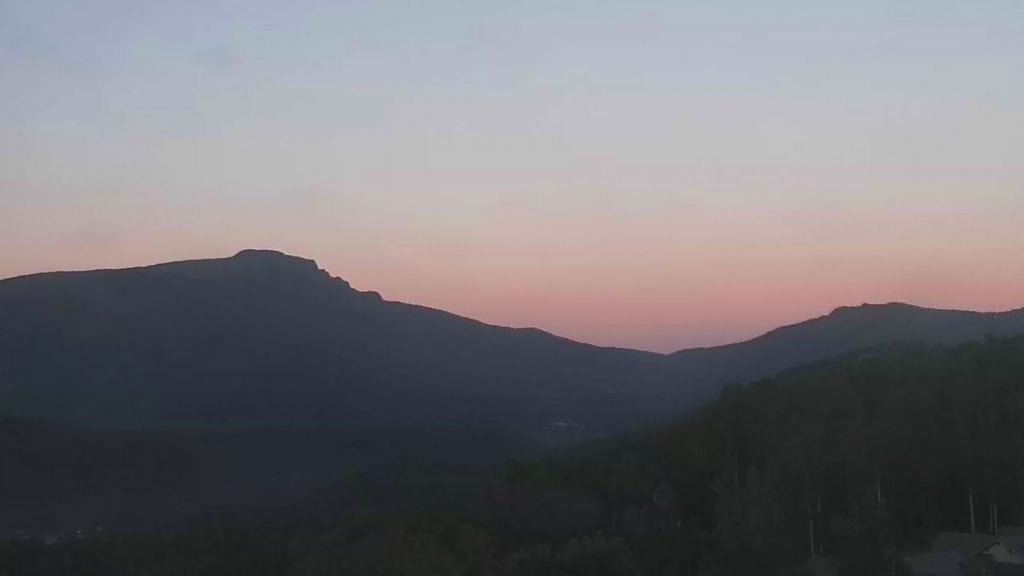 When I posted Thursday mornings update I mentioned how clear the forecast looked and that was the case again this morning as we are experiencing another “wow” morning of crisp, chilly air (47°), crystal blue skies and no fog anywhere to be seen.

Okay, I will say that as I was driving into Boone this morning I did not one little PUFF of a cloud/fog bank hovering over only one small section of Hound Ears. The air was a bit more humid than the last few mornings, creating some hazy areas with heavy dew – but there was really no fog to be recorded.

The photo of the day/morning showing at the top of this update was of a capture from the Grandfather Mountain view camera at 7am as the sunrise was creating some pretty color. That is the theme of these morning shots. 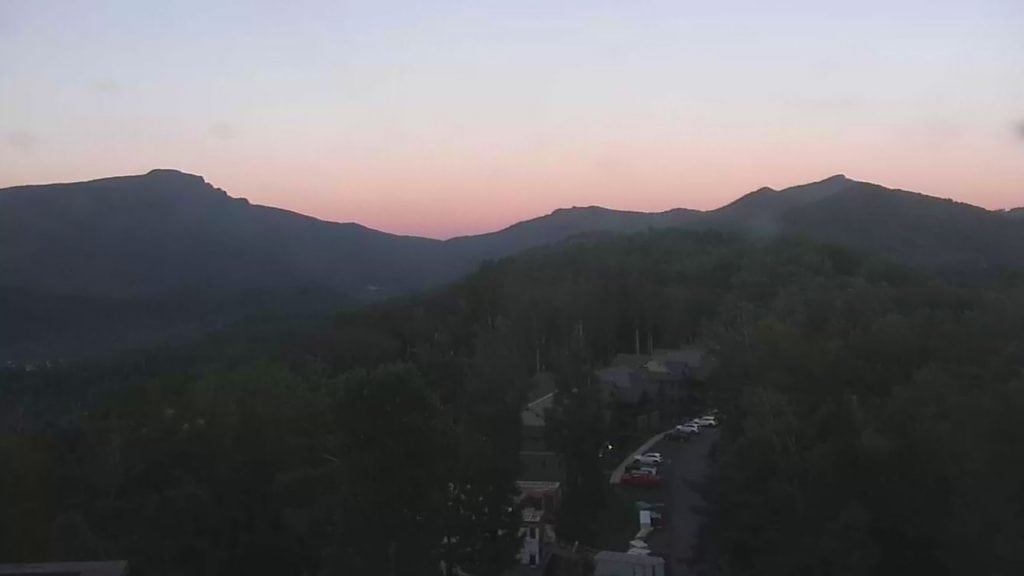 Another angle of the same camera shot 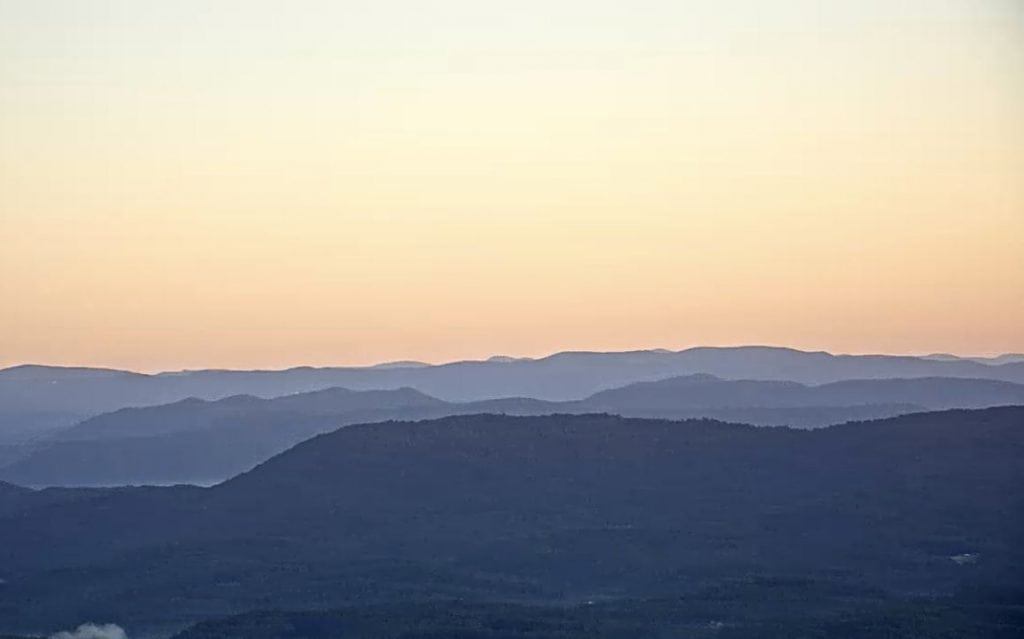 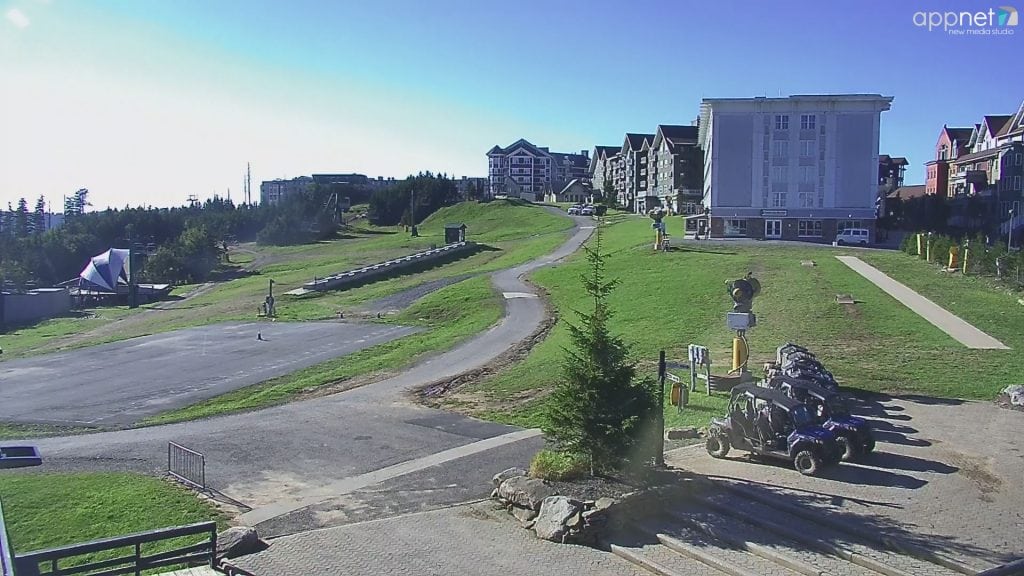 It’s a clear and chilly morning atop Snowshoe Mountain. Note the Adventure Vehicles in the foreground. Snowshoe offers tons of fun year round. Click to Enlarge.

An Early Plug…you can thank me later…

Those who know me or who have followed this website for years know that I am originally from Charleston, South Carolina. I grew up eating oysters right out of the Ashley and Cooper River waters. I lived for a bit in one of the seafood capitals of the world – Myrtle Beach, Calabash and Murrells Inlet – so I know seafood. I mean really GOOD seafood. 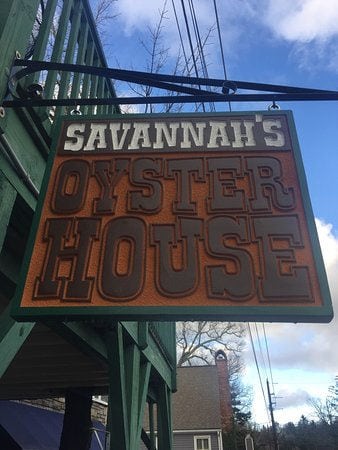 So it took me a while to get around to giving the place a shot. My wife and I felt like grabbing a bite out on Thursday evening and she suggested that we try the place out. I quickly countered with, “What about Elevations, which is a wings place in Boone.”

After a little back and forth chat…we were on our way to Blowing Rock. Weekdays are a little better to hit up anything in downtown Blowing Rock because this summer, the place has been rocking with traffic on the weekends. Things were pretty busy around 7pm or so but we got right in.

Let me just sum things up really fast by saying that I have had some great meals at numerous High Country restaurants and I’ve had the pleasure of dining in Blowing Rock hundreds of times over the years. Our meal at Savannah’s Oyster House on Thursday evening was THE best I’ve had – period. 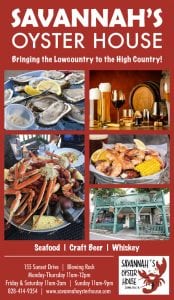 We ordered the crab dip as an appetizer and I am not exaggerating when I report that we could have made a meal off of that. On top of that is was amazing. Very chunky crab and plenty of chips provided.

I had the Lowcountry Boil (something I’m an expert critic over) which came in a personal sized pot. The shrimp were as if they had come right off of one of the shrimp boats in Calabash, Murrells Inlet or Savannah. I could not believe I was eating shrimp that good in the mountains of Western North Carolina. The andouille sausage (an important ingredient in any low-country boil) was awesome and the red potatoes and corn perfectly cooked.

My wife had the Shrimp & Grits and she quickly voted it as the best she’d eaten in ages.

The place is cozy enough that you’re provided really personalized service from the wait staff and the beer was served icy cold. (Always important, right?)

When you’re visiting Blowing Rock anytime soon, this place HAS GOT to be a must eat stop. It is located on Sunset Drive in Blowing Rock, just a block from Main Street and across from the Ale House. Check out their website at http://www.savannahoysterhouse.com

(By the way, the owners have no clue that I’m writing this. There was no freebie anything. I was simply impressed enough that I wanted to share this with our readers.)

And now back to our regularly scheduled programming…

Also we invite you to check out all of our LIVE, Streaming Webcams at www.ResortCams.com

Email me YOUR foggy reports to [email protected]