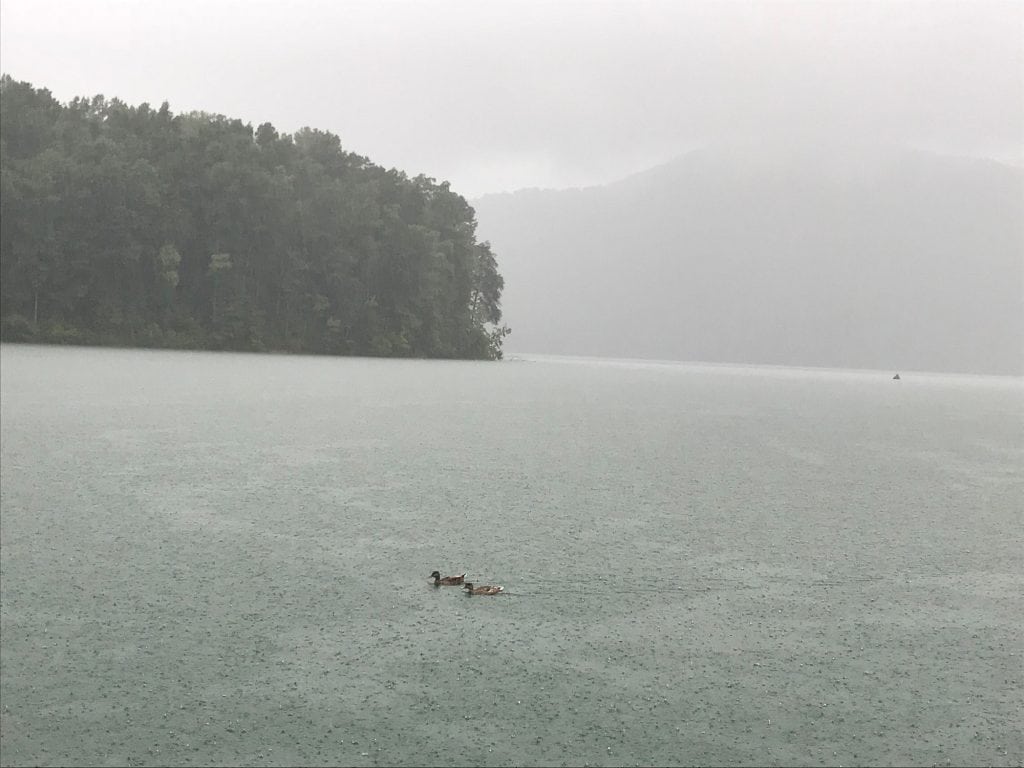 Early this week I received a few emails from readers asking me if I’m ever at home as I repeatedly reported that I was sharing our morning update “from the road”. That is the case again this morning as I am spending my weekend doing what I am normally doing on summer weekends – I’m at the lake. 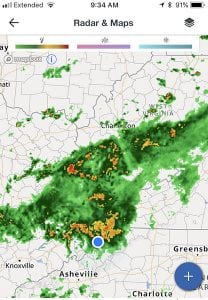 Capture from my phone.

As the photo up top supports – it is a great day for ducks as we are socked in with a very substantial rain maker system. Before the buckets of rain were released, the fog was pretty substantial over on the Jurassic Park-like ridge of the Cherokee National Forest. 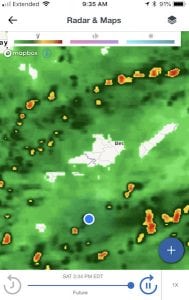 The forecast for later today

The Appalachian Trail runs through that same ridge and I could not imagine what it would be like on the AT this morning or today for that matter as the forecast for today is for that rain system to kind of blow up to even more widespread storms.

The great thing about technology these days is that I CAN report from anywhere really. Thanks to Ted Tipton and the gang at Watauga Lakeshore Resort, they invested a pretty hefty hunk of cash for a MUCH improved WIFI system and now I can work remotely anytime.

That same tech allowed me to get input from Matt Laws, Lauren Style and Lisa Clough – all from different parts of the High Country and while Matt, Lauren and Lisa reported no fog and gloomy weather – Lisa’s husband, Ben reported light fog in Valle Crucis.

Back in the day, we had to depend on hundreds of volunteer reporters to email us WHEN they could get to internet connectivity (dial-up). Those connections were so sluggish that it would take thirty minutes to an hour to send one decent sized photo. Videos were only “okay” back then and they took forever to send.

Now I can get LIVE imagery from webcams all over the region, capture photos and videos from them and send myself 10-12 megs of photos in mere seconds. Thankfully readers do the same from resorts and mountaintops across the region. 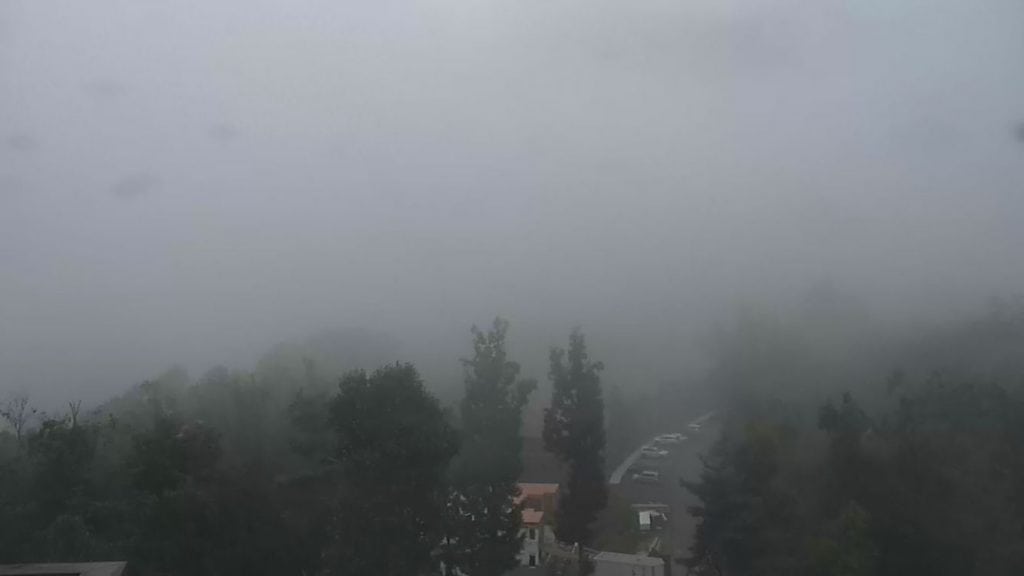 This photo was captured from the Grandfather View camera atop Seven Devils/Echota. Click to Enlarge. 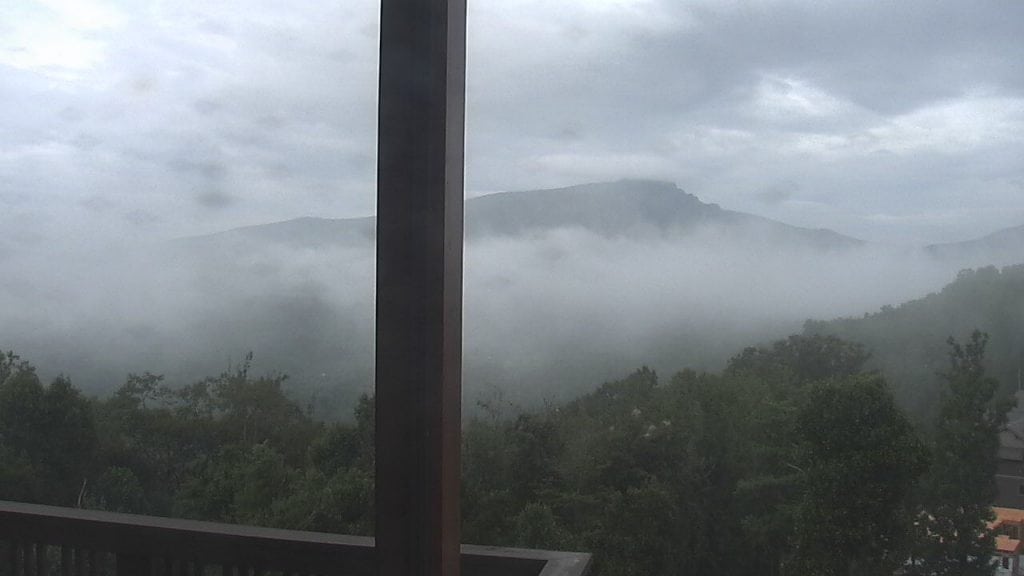 Another angle from the same camera. Click to Enlarge.

Email me YOUR “Fog News Channel” reports to [email protected]