As Much as 10″ of Snow Has Fallen at our Southeastern Ski Resorts. Find Out How Much and Where. 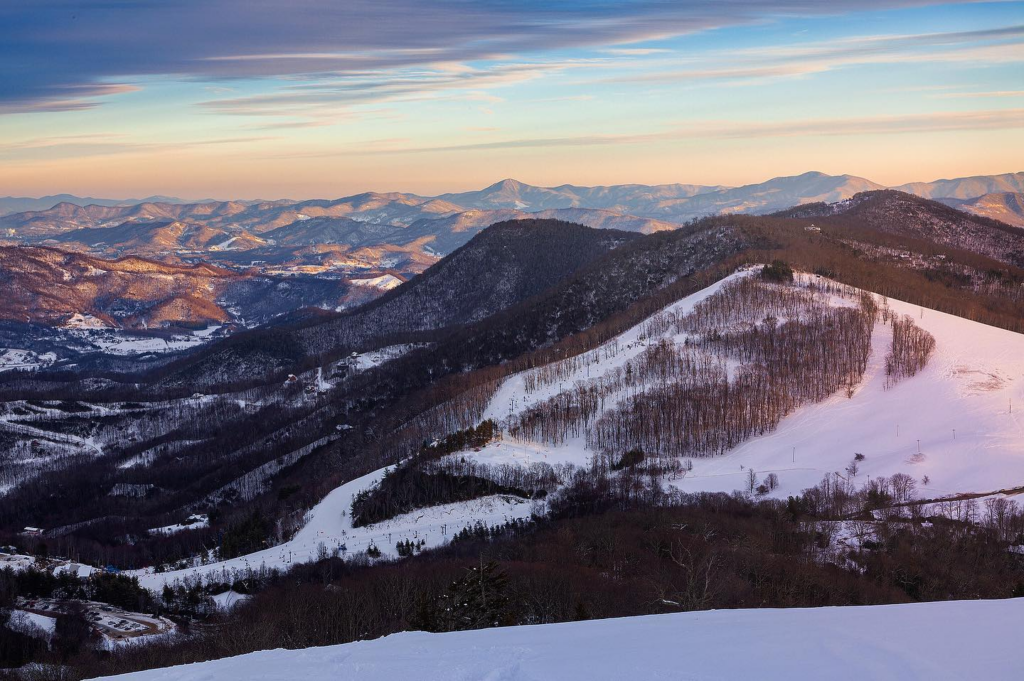 MLK Weekend Upon Us; Another Successful Skier Visit Holiday for the Bean Counters….

Check the SNOW REPORT for all the deets. 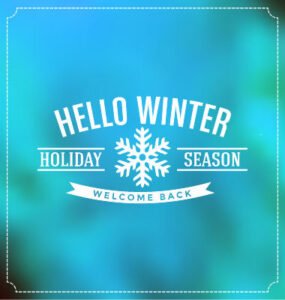 First, I’d like to welcome back an old friend who hasn’t been around much recently – SNOW! Snow equals $$$.

The snow is still coming down steadily this morning, but is expected to taper off by lunch. Should be some of the best conditions of the season so far! There will be snowmaking on some open slopes today so be sure to grab your goggles and don’t complain.

Most ski resort owners and managers will tell you that the Christmas-to-New-Year week can make up as much as 50% of the skier visits that a ski area receives over a full season – IF the weather is cooperative. Thankfully, that was the case during the Christmas week. We saw frigid temperatures as low as MINUS 15° atop many ski mountains (as well as a “bomb cyclone”) and those temperatures allowed for optimum snowmaking conditions and resorts cranked out whales of manmade snow to cover all of their core trails and then some. Not every ski area got to 100% open terrain, but most were close and that made for a successful Holiday week of commerce at the resorts of the region.

The second of three most important, long weekends of the season is upon us in the form of the MLK Weekend. Many have Monday, January 16th off and that extra day makes it more attractive for potential skiers, snowboarders and snow-loving travelers to pack up their gear and head to the mountains for a ski getaway – again, when the weather is cooperative.

To be honest, things were looking a bit on the “weathered” and bleak side in terms of how the slopes looked on Wednesday. Lots of thin coverage and bare spots were dotting the slopes of the region AND base depths had taken a hit with only one or two nights of snowmaking since January 1st at most of the resorts. Add in NEARLY an inch of rain that fell Thursday night into Friday morning at most mountaintops and you have a recipe for borderline conditions.

However, some well-timed, colder temperatures invaded the ski mountains on Friday and the temps nosedived last night to allow for dedicated snowmaking. Add in reports of anywhere from 4″ to 6″ to 10″ of natural snowfall (FINALLY! THANK GOD!) and you have the ingredients for another successful “commerce” weekend at the ski resorts. The weather has been so challenging this season that only a few ski areas have opened ALL of their trails at ANY point in the season to date. Some resorts have gotten close to 100% open a time or two and others like Wolf Ridge Resort have not been open with more than 5 slopes but once on the season.

THANK GOD (AGAIN) FOR SOME COLD AIR AND NATURAL SNOWFALL

As television stations off the mountain started sharing the news of natural snow in the mountains, HUGE sighs of relief were heard even before the snowmaking crews were able to crank up the snowguns. Vacation rental agencies, area shops and (of course) the ski areas themselves all exhaled knowing that this weekend would provide another weekend of “mass humanity” on the slopes…making for another good weekend for the accountants at each mountain. These financially sound weekends and Holidays create the revenue for ski areas to reinvest back into increased snowmaking capabilities, new lifts and lift systems, and improvements to the facilities.

Quick Sidebar: The Photo of the Day, up top is from the Cataloochee Hemphill overlook. What a sweet photo with all the snow!

HAVE ANY RESORTS HIT DOUBLE DIGITS IN SNOWFALL YET?

Earlier in the week, as the weekend forecast of snow was shared, my inbox began to receive a few inquiries asking about just much (or little) natural snow has fallen thus far in the season. A few of our more knowledgeable readers provided some insight of their own – knowing that some areas like Beech Mountain, Canaan Valley, Snowshoe and others would normally have received as much as 40″ to 70″ of snowfall to date. The most common question was simply, “We haven’t had much in the way of snowfall so far this season, have we?”

40% of the Ski & Snowboarding Season is Gone, with Little Natural Snow to Show for it.

Normally, by this date on the calendar (January 14), many ski areas would have already received 20″, 40″ or more. Beech and Sugar Mountain average 80″ of snow per winter season. While not entirely scientific – if you consider that a typical ski season starts around Thanksgiving and runs through March 31st, that constitutes 128 days of ski season. Winter is 89 days. Either way – if you consider today, January 14th to be day 52 of the ski season…we are about 40% of the way through the 2022-2023 ski & snowboarding season here in the Southeast and mid-Atlantic.

YAY! We have about 60% of the season left, leaving us with about 76 days left, weather permitting.

Again, unscientifically, if you consider Beech & Sugar averages 80″ of snow per winter, then we could’ve / should’ve expected to have received about 32″ of snowfall to day…instead of the 9″ or 10″ that we’ve seen so far. Snow prone Snowshoe Mountain and Canaan Valley have averaged nearly 180″ of snow over a 20 year period. Even with their 5-year mean average of 140″ of so, they would have expected to see about 56″ of snowfall through today’s date. Snowshoe has seen 18″ +/- to date. Canaan Valley has seen 19.6″ to date.

Most of the Virginia ski areas had only seen 1″-2″ of snowfall until this morning’s natural snowfall.

So as our buddy, Joe Stevens often reminds us – if you are visiting a ski resort this weekend and see a snowmaker…HUG HIM. Without those guys and without the millions of dollars in snowmaking investments….we would have only been on the slopes 2-3 days this winter…if that.

SO HOW MUCH SNOW HAVE WE RECEIVED IN THE LAST 24 HOURS?

Winter Storm Warnings and Advisories remain in effect until 1pm this afternoon at Beech, Sugar with perhaps another 2-4″ of snow expected. The forecast is for 1-2″ of snow below 3500′ in elevation…which is most of the rest of the High Country. Ditto that Winter Weather Advisory for another 1″ of so of snow for Snowshoe Mountain, Canaan, Timberline and Wisp Resort in Maryland.

Perhaps one of the biggest winners in this snowy system has been Ober Mountain in the Smoky Mountains of Gatlinburg, Tennessee where they have picked up 5″-7″ of snow on Friday and more overnight last night. We are getting some reports of 8.81″ of snow around Newfound Gap in Tennessee…and we’re seeing evidence of good snow on the base cam at Ober as well.

The NWS still has a Winter Storm Warning in effect for the East Tennessee Mountains to see another few inches of snow. In fact, total snow accumulations of 12″-24″ can be expected at the highest elevations like Mount Le Conte and their 6,593′ elevations. On Thursday, I saw an Asheville news story reporting on the prospect of 20″ of snow and I laughed. Turns out, there are reports of that much and more this morning.

Cataloochee Ski Area also picked up 10″ of natural snow and that has everyone at the Maggie Valley ski resort vibrating today. They now have 16 of 18 trails open today! Cataloochee shared just a bit ago that they are SOLD OUT for day sessions today.

(I have to add that I wish ALL ski areas would SELL OUT, but limit their ticket sales. There can be “too much of a good thing” when you see the mass of humanity at some lift lines.)

Here are some official tallies:

Ober Mountain 29° – They are reporting 2″ and some guests on the mountain are reporting 3″. There are other reports in the area of over a foot of snow. However, AT OBER – 3″ and 4″ on the season. The MTLT1 station (an official NWS station) in Gatlinburg is reporting 16″. Snow depths are all over the place over there. Just east of Gatlingburg in Maggie Valley, Cat is reporting 10″.

I have to give special “kudos” to the team at Beardsley Publishing and Bryce Resort for their entry into the HKD’s I Am a Snowmaker Challenge.

Every season our small crew takes on the mighty task of bringing snow to Bryce. This job can be grueling at times but if you watch the video you’ll understand why they commit themselves to this task every year. Winter sports wouldn’t happen if it weren’t for this group of dedicated individuals. If you see them around this winter tell them thank you!

Be sure to go to: https://www.saminfo.com/i-am-a-snowmaker and vote early and often. Massanutten Resort is also one of the seven ski areas selected to compete. Go support both of these fine ski areas!