Why Aren’t You Guys Making Snow? 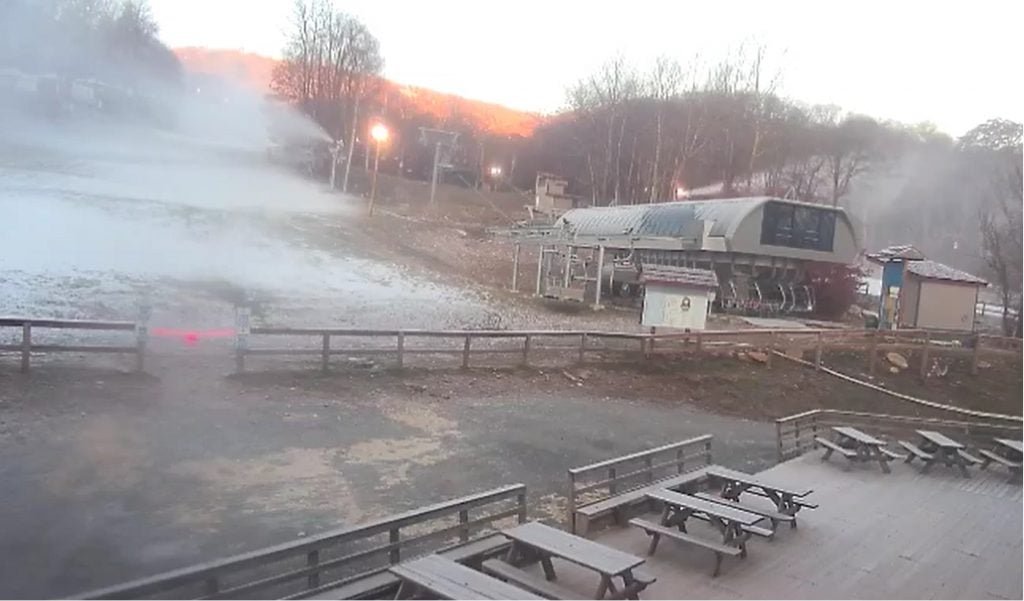 Only Sugar Mountain in North Carolina and Snowshoe Mountain Resort in West Virginia are making any significant amount of snow this morning. All other resorts are being questioned as to why they aren’t. The answer is simple.

It’s about ten degrees colder up in West Virginia this morning than atop the mountains of Western North Carolina. The 18° temps at Snowshoe this morning are nearly perfect for their snowmaking efforts. Beech Mountain saw temps barely cold enough to make snow at their HIGHER elevation of 5506′ overnight and this morning. It was 32° at 7:30am and that only allowed Beech to make enough snow to barely test their snowmaking system.

There appears to be a slight inversion of temps going on this morning even at Snowshoe where the colder temps (17°) are at the basin of their mountain. It is 18° atop their 4848′ elevations. The same is true at Beech and Sugar Mountain where it is hovering at or just above 32° this morning and slightly milder up top. Sugar Mountain’s elevations are just lower than those up on Beech and on this particular day that is playing to their advantage as Gunther and his peeps have been making snow around the clock since Friday. It is 25° at their base this morning and 26° at the summit.

The same temperature moderations kept every ski area with the exception of Sugar and Snowshoe (and that short blast from Beech) from making snow in North Carolina and Virginia. The West Virginia mountains had the advantage of a trough of colder air that has kept temperatures in the teens and low 20s even at Winterplace Resort and of course further north around Canaan Valley and Timberline. However, all three of those ski areas are opting to wait a bit later to begin making snow. 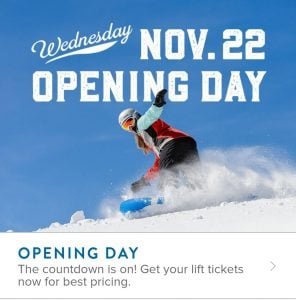 Snowshoe Mountain Resort is only 10 days away from their hopeful opening day of November 22nd and of course Sugar Mountain could open as early as Sunday – although it is really looking more like a possible Monday opening day. (We’ll keep you posted.)

As mentioned – the coldest air this morning is as you go further north into our area of coverage. The coldest temperatures this morning across any of the ski area mountaintops is surprisingly NOT Snowshoe Mountain’s 17° but at Wisp Resort in Garrett County Maryland where it is 12° this morning.

That posed the most frequented question on social media pertaining to ski resorts over the last 24 hours as dozens of people began posting on Facebook ask the big question – “When are ya’ll going to begin making snow?”

As mentioned, for most of the ski areas into North Carolina and Virginia (except for Sugar) the answer is – when it gets cold enough. Temps were just above what it takes to make snow at most resorts in Virginia and NC. You can bet if it was cold enough for Chris Bates and Cataloochee to make snow – they certainly would have. For nearly every one of the last ten years Sugar Mountain and Cataloochee have been neck and neck as to which resort would open first each season. In fact, they’ve opened on the same day in each of the last several years…only 30 minutes apart.

However this season, the first resort to open for the 2017-2018 ski and snowboarding season will unquestionably be Sugar Mountain.

By the way, it WAS cold enough at Appalachian Ski Mountain to have made snow. Ditto that for Canaan Valley, Timberline, Winterplace and Wisp Resort.

The answer from those marketing departments – as to why they didn’t make snow is understandable. Wisp Resort summed up the sentiment by sharing with their audience, “With such a small window and changing winds in this cold snap, it’s just too short of a period for us to lay down anything that’s going to stick around. With warm weather and precipitation forecasted in the next few days, we are looking for a bigger window to work with for snowmaking.”

…and there you go.

So check back for that Sugar Mountain opening announcement. In the interim, if you have any questions or input, shoot me an email at [email protected]

Previous Post
It is Snowing and Snowshoe is Also Making Snow!
Next Post
The “Natives” Are Restless! When Will Ski Resorts Open in the Southeast?