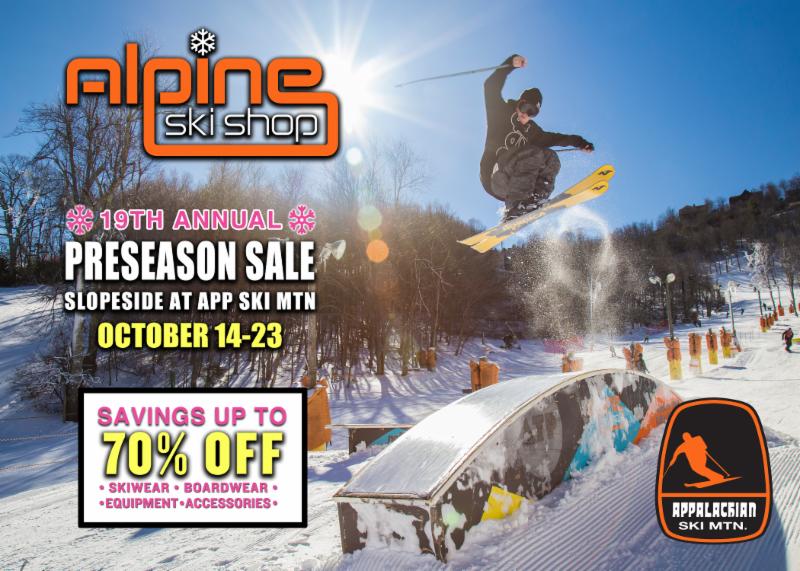 Appalachian Ski Mtn.’s 19th annual Preseason Sale begins this Friday, October 14, so make plans to come out and take advantage of the huge savings on all your winter needs.

Slopeside at Appalachian Ski Mtn., you will find everything from Skis and Snowboards to Helmets, Accessories, and Children’s clothing, all discounted up to 70% off!

Not to mention a 2016-17 Season Membership will be raffled off, and Appalachian will also feature a Ski/Snowboard Swap during the sale where you can buy and sell your used equipment (Skis, Snowboards, Boots, and Poles).