Another West Virginia Ski Resort Opens for the Season on Friday 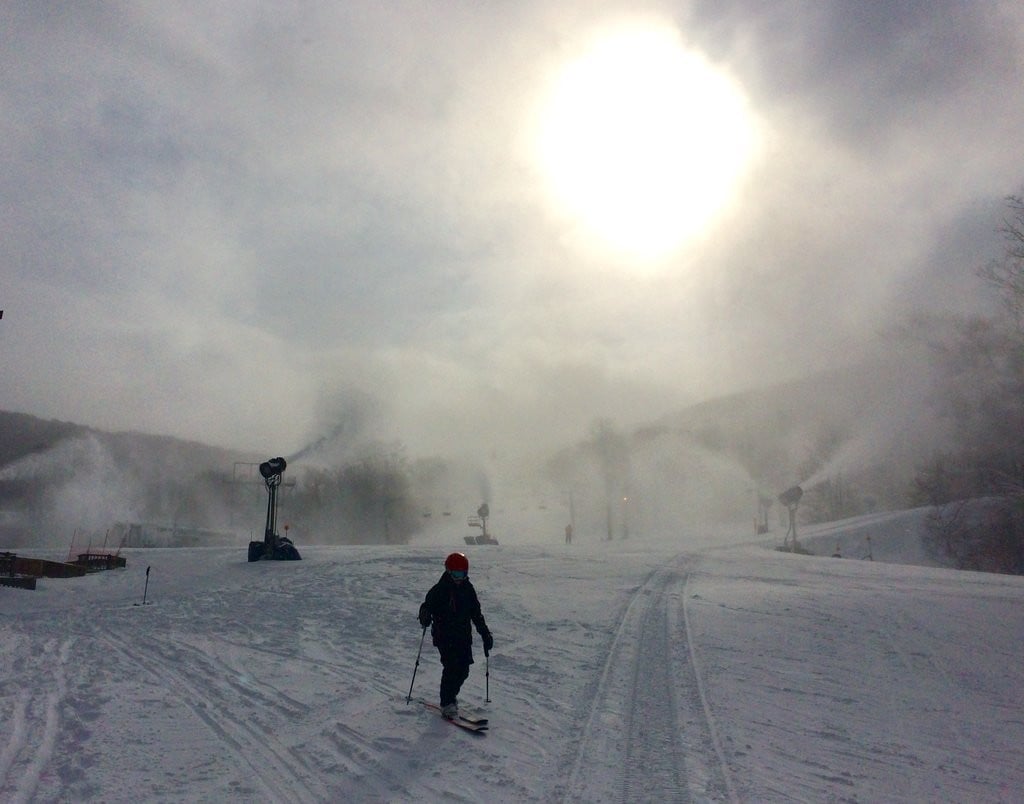 With the holiday season now upon the state’s ski industry, the recent cold temperatures have allowed the resort operators to make snow covering an abundance of terrain, ranging from beginner to expert terrain for the skiers and snowboarders. Canaan Valley, Winterplace and Snowshoe have also opened their snowtubing areas for holiday visitors. The three-week holiday season contributes up to 35 percent of the various resorts yearly revenue.

The snowmakers at all of the state’s ski resorts can produce manmade snow whenever temperatures permit, allowing the industry’s unsung heroes to cover the slopes for skiers and snowboarders. When snowmaking conditions are at their best (in the low teens), over 20,000 tons of snow is being produced in West Virginia per hour, enough snow to cover 20 football fields with a foot of snow each hour.

The state’s alpine and cross-country ski resorts and areas attract over 800,000 visitors annually during a normal weather related season. “It’s great to be able to offer all of our holiday guests a white Christmas,” says Terry Pfeiffer, President of the West Virginia Ski Areas Association and President of Winterplace. “This is the time of the year I like the best, because I get to see so many smiles of faces of young people who are seeing snow for the first time.” The top states providing skiers and snowboarders to West Virginia slopes are Virginia, North Carolina, Ohio and Florida.

The ski and snowboard season traditionally, weather permitting, continues from Thanksgiving through early April. The five-month long ski season in West Virginia has an estimated economic impact of over $250 million and 5,000 jobs at the resorts and other related companies. For more information on skiing and snowboarding in West Virginia go on-line at www.goskiwv.com.