Another Round of Cold and Snow is in the Forecast 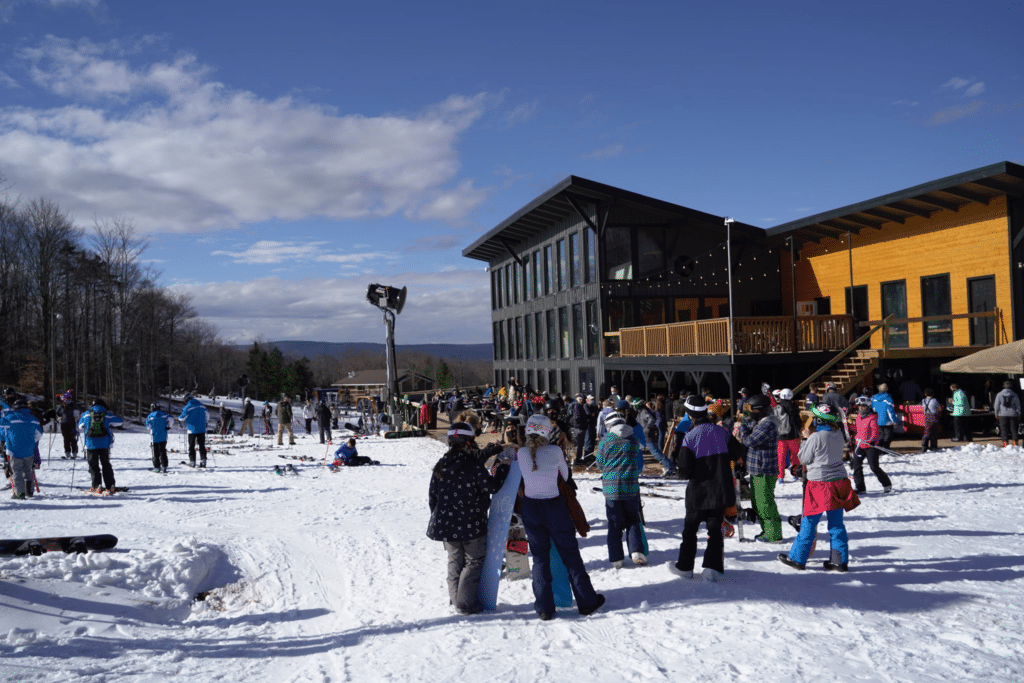 A Great First Day at Timberline Mountain on Saturday.

Another round of cold and snow is in the forecast

Sunday is my day to ramble

How about THAT for multiple titles and sub-titles for today? Sunday’s are typically kind of chill for me, unless there’s a big snow event happening. One IS on the way, particularly for resorts into West Virginia ski resorts and we’ll chat about that in a moment.

Check out the SNOW REPORT here and via Video at the bottom of the page.

As you could see from our posted Photo of the Day (compliments of Timberline Mountain), their Preview, Opening Day on Saturday was sweet. If there was any doubt as to whether or not people were ready to check out the new digs, those were put to rest early as skiers and snowboarders showed up early and stayed all day.

Here are some photo shares from the day.

Fans of the mountain took with Social Media. Here are some of those snippets: 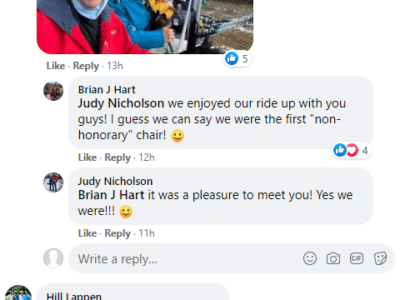 Lori D.
We had a great day!!! Timberline is back to being our favorite!!! Great job guys!

Debi Lynch S
Well worth the wait – You all have worked miracles, just in time for Christmas! Many Thanks!!

Judy N
It was a great day on the slopes! Thank you Perfect North team!

Marcia S
Well done Timberline team!! Thank you for all your hard work. It showed today and we so appreciate the gift you have all given us.

Rick H
Great opening day. Timberline Mountain is better than ever, and they are just getting started.

Richard P
Thanks to Mr. Perfect and his team. A great Mountain has returned. 5-8″ forecast for tonight and tomorrow then cold all next week. Hopefully in few days they will open for the season and I can make the trip from South Mountain in MD.

Those kinds of remarks were all you could find. Not one complaint. What a contrast to the train-wreck that was on display daily at the old Timberline.

Congrats to the entire Perfect Team.

Cold & Snow is in the Forecast

There is no question that we will hear from meteorologist Brad Panovich sometime between now and Monday morning. I know that because there is a storm brewing and headed our way.

For NOW, I’ll share what I am seeing and allow Brad to pick up my slack!

We’ll go South to North with the forecast.

Right NOW, it looks like we could see temperatures diving down into the mid 20s by Monday afternoon around the high elevations of Beech Mountain and that will create some SNOW SHOWERS that could drop from 1″-3″ of natural snow around the High Country. We could see a little more natural snowfall into the middle of the week.

Ditto that for ski area over into Western North Carolina like Cataloochee Ski Area and Wolf Ridge Resort which could see 2-3″ of snow as well. As we have been reporting thus far this season, Ober Gatlinburg and the resorts west of the High Country are seeing favorable weather patterns so far and Ober is expected to see some 1-2″ of natural snow as well.

Looking at the Virginia Mountains

Even though the NWS forecast isn’t mentioned natural snow for the Virginia ski resorts, I think there’s a chance that Homestead, Massanutten and Wintergreen will see some snow – at least falling from the sky, if not sticking. But the great news is that all of the Virginia ski resorts should get in a lot of snowmaking this week as temperatures are expected to be in the low to mid 20s beginning Monday night and every night this week. Those snowmaking crews at the Virginia resorts can blast the slopes and we’ll see resorts opening by the end of the week there.

West Virginia is Snowy, by God!

This falls under, “It doesn’t get any better than this.” OR “The Rich, get Richer”

The forecast for Snowshoe Mountain, Canaan Valley Resort and Timberline Mountain is for:

Temperatures have already begun to turn colder into the high elevations of West Virginia and they are looking OPTIMAL for snowmaking, and maybe some around-the-clock snowmaking all the way through the long-range forecast period through December 27th.

White Christmas? – Looks like a good chance of that for the West Virginia mountains and that is awesome for those of us who have a ski getaway planned for the Christmas to New Year week.

For those headed to Winterplace Resort this week, they are looking at some snow as well, but it is borderline as to whether they will see the heavier snow. Looks more like some ambience snowfall. However, their snowmaking crews are already warming up as temps will allow snowmaking every night for the next week or two.

I know that Joe Stevens, his son Christian and some friends are doing some “product evaluation” at Winterplace today and we’ll share comments and photos from Joe later.

Also heard from Justin Partridge who rode at Beech Mountain Resort on Saturday and we’ll get some content from his later.

That’s it for me, of you want to check out the Video Snow Report, here you go!

Email me as you feel the need: [email protected]