Another Day, Another Round of Snow to Talk About 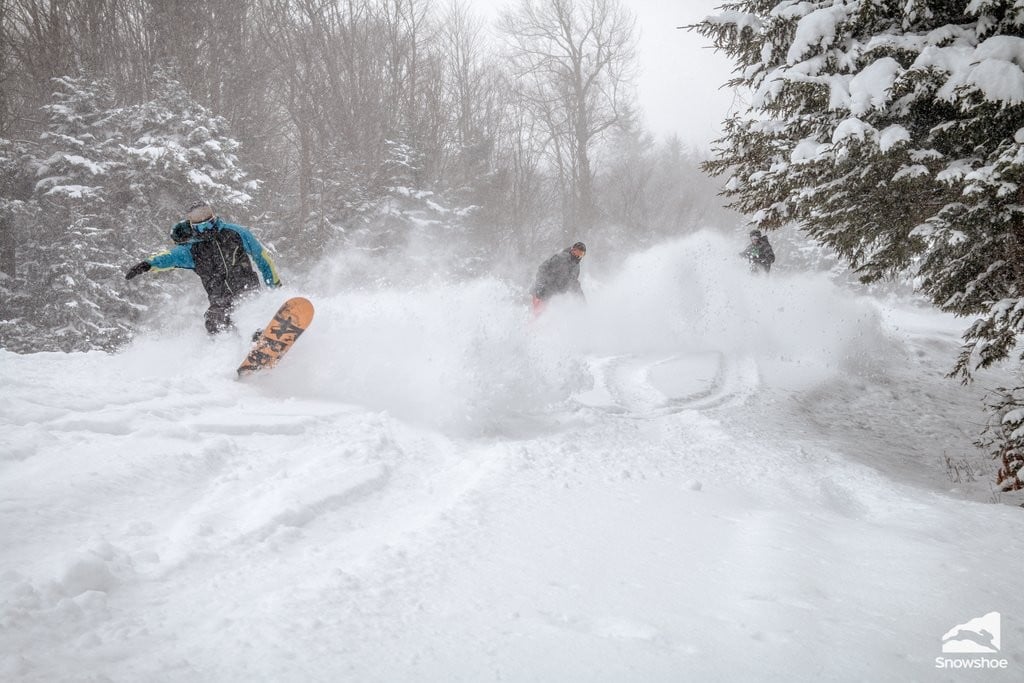 It’s a new day, but the theme is the same this morning.  Yesterday was another day of Northwest Flow snow that dropped several inches at the ski areas here in the Southeast.  The past 24 hours hasn’t seen any crazy high snow totals like yesterday’s Beech report, but several inches fell once again.  Below is the updated snowfall table for the past 3 days.

It’s been a VERY good week for us.  As you can see, the majority of North Carolina and West Virginia resorts have seen a foot plus of snow in the past 72 hours.  Wisp Resort in Maryland is also in that club as well.  For the NC ski areas, those numbers rival the snowfall totals from the winter storm of a few weeks ago.  I believe Beech saw something like 19″ from Winter Storm Jonas (I said it), and they’re at 18.5″ with this event now, so it’s pretty close.  God I love Northwest Flow.

Canaan and Timberline up in Davis, WV are the winners with this event.  Each has seen 18.8″ of snow since Monday morning.  I really wish those two resorts would post some powder shots on social media!  I’ve seen some snowfall pics and what not, but nothing that conveys just how much snow there is up there right now.  So, here’s another shot from Snowshoe yesterday where they are reporting 15″ of snow.

I saw that come across Twitter yesterday and almost jumped out of my seat.  That is some good looking powder right there and it looks like those snowboarders are having a good time throwing it around.  I envy them!

I mentioned yesterday how the Virginia resorts have been in a snow shadow and that again appears to be the case today as none of them are reporting snow.  However, it has been frigid and they have been making snow around the clock.  Here’s a shot of said snowmaking from Massanutten yesterday. 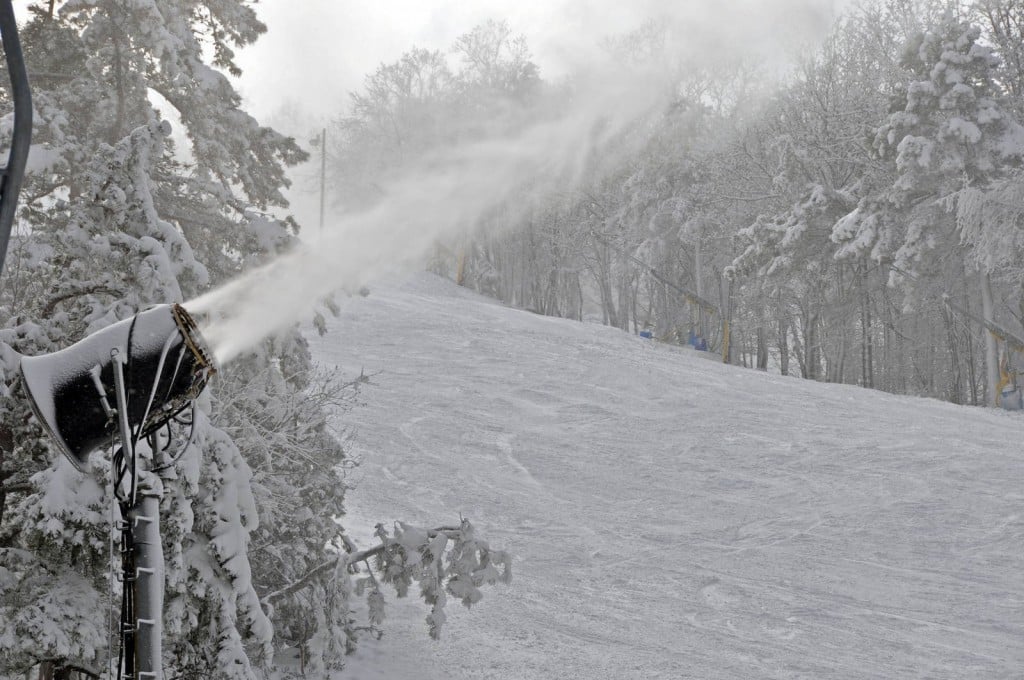 Looks good up there!  Even though they haven’t seen much in the way of snow, all of the resorts are 100% open and should be in pristine condition for the holiday weekend.

Ober Gatlinburg in Tennessee hasn’t seen any snow in the past 24 hours, but they did get 9″ of the good stuff in the prior 2 days and conditions are great out there right now.

Ober opened up Grizzly Run today which takes them to 9 out of 10 trails.  Only one more to go!

The Northwest Flow snow machine is done for the most part for the time being.  A couple inches is possible up in northern West Virginia and Wisp in Maryland today, but in general we’re at the end of the event.  Don’t fret though, as there is more snow in the forecast, possibly a significant amount by Monday.  Brad Panovich sent in his latest forecast overnight.  Watch it below.

It is cool to see Brad’s enthusiasm in his last few videos when talking about the snow.  The dude loves skiing and snow!

To sum up what he said, a brief shot of Northwest Flow snow is expected tomorrow night.  We could be looking at another mini-powder day on Saturday for some of the resorts.  Now that would be a great way to start the holiday weekend!  The snow should move out pretty quickly on Saturday and the weekend looks fantastic, albeit FRIGID.  High temperatures on Saturday at some of the ski areas won’t get out of the single digits and wind chills will be in the negatives.  Wowza.

I always get worried a little bit when temperatures are forecasted to be this cold on a busy holiday weekend.  A lot of people who will be at the resorts this weekend don’t always have the proper gear as they don’t partake in the cold or snow very often.  I saw a person in sweatpants last week at Beech and cringed at the thought of how cold that person must be.  I’ve said it each morning this week and I’ll say it again…if you’re out on the mountain this week and weekend BUNDLE UP!  Layer up as much as possible and hand and toe warmers are always a good call.  Being cold greatly diminishes your experience.

The tail end of the holiday weekend looks interesting with another storm system moving in.  It could be a big snow and I’m hoping it speeds up a bit as I have Monday off and I want to do some storm riding.  As Brad says, if the models are correct “This would be HUGE”.  We’ll have to wait and see how it unfolds in the coming days.

All in all, President’s Day Weekend is shaping up nicely.  Peak season conditions are in effect for the weekend I’d say.  I’m going to go ahead and say this will be the best snow conditions of the season.  I can’t wait to go riding on Saturday.  This has been a long week watching the cams and writing about all of the snow and not being able to partake in it!  It’s Thursday though and we’re almost there!

Everyone think cold and think snow!