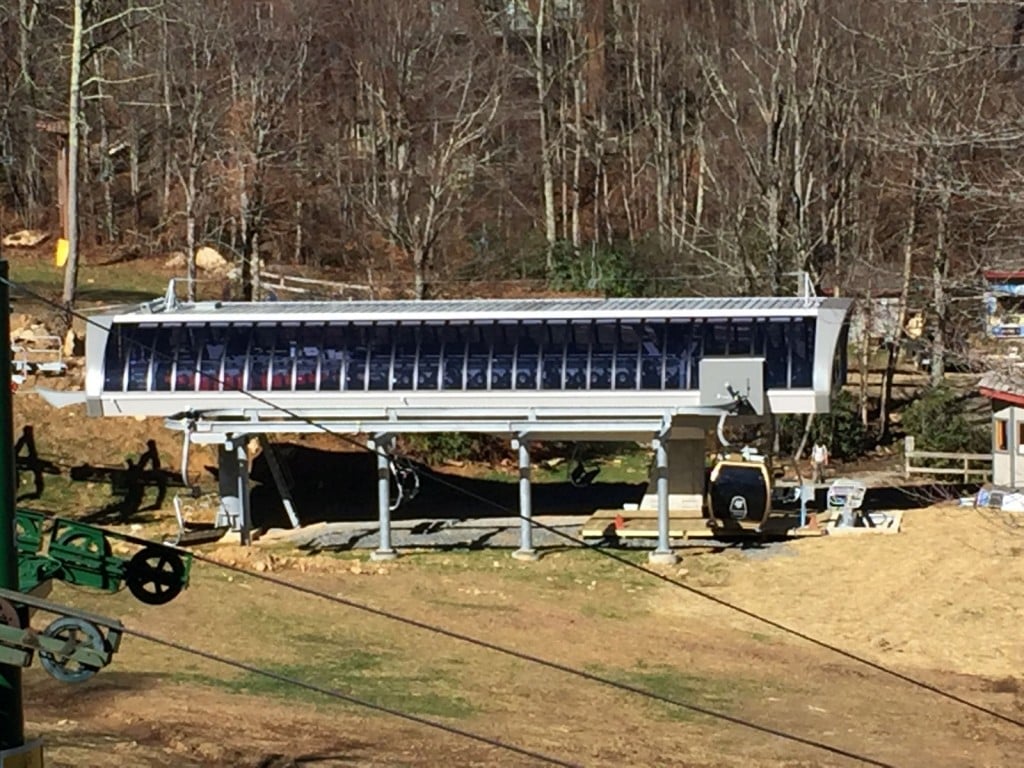 I was out and about enjoying this awesomely beautiful day in the mountains…but also feeling a bit bummed ABOUT this beautiful weather, because it should be quite a bit colder by now. I read David McCue’s “Staying Sane When There’s No Snow” story this morning and I also spent some time reading many of the posts over on the Ski and Snowboarding Messageboard. The general consensus is that we’re all ready for some colder air to funnel in and get the 2015-2016 Ski and Snowboarding season going.

Over the last ten days my cell phone has sent me notifications from Vail where more than two FEET of snow has fallen…and we’re stuck in this late summer, early Autumn kind of pattern.

So you want some uplifting news? 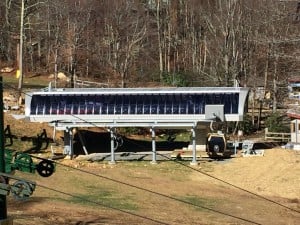 I drove over to Sugar Mountain around lunch to snap these first photos of Sugar’s New “Summit Express” lift. In case you’ve been under a rock or just not yet visited us this pre-season – Sugar installed a new lift. You can read more about it here -> Sugar Mountain’s Summit Express. (You can click to enlarge…)

The bottom line is the new 6-person lift will zoom visitors from the bottom to the top in around 5 minutes. A recent Instagram post shared that the trip was done in 5 minutes and 30 seconds to be exact. (I’d love to share that with you, but wasn’t able to get permission.)

You’ll note the gondola in the above image. The new lift system, installed by Doppelmayr, allows for the use of chairs and gondolas at the same time – creating the name “Chondola”.

Word has it that Sugar will open the lift THIS SEASON with high speed 6 pack chairs in place and then they hope to add some gondolas to the lift for the 2017 season. Rumor has it that Sugar might offer some VIP-type usage for the gondolas…but you know how rumors go. Regardless, Sugar is (AGAIN) way ahead of the curve in terms of offering the best product possible. 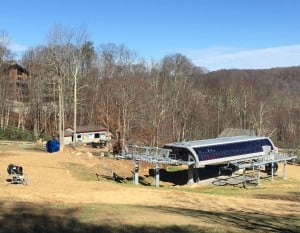 Sugar plans to celebrate the grand opening of their new lift at 10am Saturday, November 14th with some Festivities. Not sure what is planned at this time…

By the way, they are almost finished refurbishing and relocating the former Summit #1 lift (which will now be called the “Gunther’s Way” lift. All of this will increase the top to bottom skier capacity by 2,000 skiers/hour making the uphill capacity 10,000 skiers/hour, highest in the state. 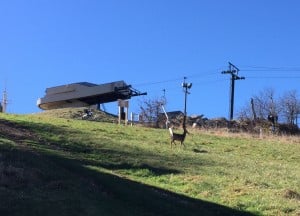 While we were out, we drove up to Beech Mountain and had lunch at Fred’s Backside Deli and then we hiked up for some photo ops atop Beech’s 5506′ elevations. The High Speed Quad had some well-documented (on social media) issues a time or two last season, but I was talking with Talia Freeman at Beech back during late summer and she said that they were able to get everything tweaked up and they also made some changes to the structure itself and now the quad should whisk people to the top with sweet reliability all winter long. 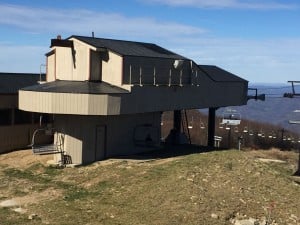 That’s great news for all lovers of “The Beech” because as long as they have that Quad flying, they’ll keep a good flow of people moving across the entire mountain.

The Quad Wasn’t the Only Lift to Get Some Improvements

The largest investment of the summer went to the improvement of the quad lift and according to Talia Freeman, “It is now running like NEW again.”

Beech Mountain resort built a terminal over the high-speed quad lift on the top of the mountain to help keep the lift from being exposed to the elements. In addition, Beech focused on improving the other lifts as well.

“We have made a significant investment into the lifts to get them working efficiently, and running faster,” Freeman said. “I think the quality and speed of our lifts is very important to our customers, so we are making significant financial investments towards that project.”

The next time folks walk into the group sales department, you will notice new flooring. The building is also being renovated, so it will be a great meeting space for groups. The bathrooms will be renovated at Ski Rentals, and a new stairs are being built in couple other areas.

Beech Mountain Resort is installing an additional 14 SMI pole cat snow guns, which will provide additional coverage in much needed areas and “give us the largest snow-making capacity in our history,” Freeman said.

“It will enable us to really define our product,” she added.

So we’re all a little bummed about the milder-than-normal November. However, think positive…winter will be here before you know it and I’m hopeful that this post was at least a little bit up-lift-ing.