An Inch of Snow Fell Last Night! See Which Southeastern Ski Resort Got it!

As usual on Sundays, I will advise you to check the Snow Report for all the slope conditions across the entire region.

The Photo of the Day is from Timberline Resort this morning where they are making snow and grooming some sweet corduroy.

Nature has been shooting air-balls so far this season and maybe depositing an inch of snow of snow up in West Virginia overnight will be something like seeing a basketball player finally hitting a shot and getting the lid off the basket.

Snowshoe’s kind of “snogged in” this morning so here’s view in the Village.

(By the way, we are getting a fair number of emails asking about the Snowshoe webcams. Silvercreek and the Boathouse cams seemed to be down. Those are provided by another vendor and we hope to see them back LIVE soon.)

If you are new to SkiSoutheast.com, Sundays are my day to ramble and play the “digital nomad” role. If you want to jump right to the SNOW REPORT, CLICK HERE. Otherwise, here we go.

Saturday turned out to be as wet as expected across the region. Rain totals were not that bad, with around one-half-inch of underdeveloped snow (rain) falling across most mountaintops. I saw pretty significant rain mid morning Saturday, but then really nothing more than mist otherwise around the High Country. Sugar and Beech mountains both recorded 0.5″ of rain and that was about what was recorded by nearly every mountaintop community in the region.

I and my family drove up to Beech Mountain for lunch on Saturday and then rode over to Beech Mountain Resort. The parking lots and slopes were MUCH less crowded than usual – which was definitely adversely affected from the weather.

As mentioned, after about 0.53″ of rain across even the mountains of West Virginia and Maryland, the cold air filtered in enough to change things over to WHITE GOLD overnight – hence the snowfall. It wasn’t much, but like I said, maybe this will get the lid off the basket and nature can start bombing from all over the place!

Temperatures are excruciatingly close to snow-making-capable at some locations Sunday morning and I kind of expected to see more resorts able to make snow this morning. However, as of 8am, only Snowshoe Mountain (25°), Timberline, Winiterplace and Sugar Mountain were doing so.

Timberline Mountain (29°) was just off the “wet-bulb” temperatures needed to crank up their winter weaponry. (Did I just invent that word to describe snowmaking equipment?)

Editor’s Update: As of 8:30am Timberline did begin making snow!

By the way, for those of you lucky enough to be hitting up Snowshoe Mountain on this wintry Sunday, be aware that they will be making snow on OPEN TERRAIN to freshen up those slopes and trails.

We are receiving some reports that there are some snowflakes mixed in with the morning moisture, but there’s no evidence of that on the cams. Temperatures are in the mid-30s on Beech this morning.

The rest of the region is seeing Sunday morning temps in the mid-to-upper 30s and that means about 10-12 more hours of waiting around before temperatures begin to nosedive and allow the snowguns to crank up at most, if not ALL ski areas tonight.

Here are the Sunday night, forecasted lows for the region:

So, unless some crazy, last minute, inversion happens – every resort in the region should be making snow tonight!

Can or Will This Save Christmas for All of the Ski Resorts of the Southeast & Mid-Atlantic?

Brothers and sisters, THAT is the question on so many minds this morning. My SkiMail inbox has been full of queries asking me if YOU GUYS should cancel your ski-getaways. I have shared my thoughts for years on keeping those plans intact. Obviously everyone thinks differently and I will never speak for other people’s hard earned money. However, I will say that there is so much to do (other than skiing) at every mountain community in the region. My ski getaway days usually involve around 4-6 hours of playing on the snow and the rest is doing everything else that comes with a day in the mountains.\

I wish I had better news and could unequivocally state that every ski resort in the region is going to be blasting their snowmaking equipment around the clock for the next 6-7 days and make for pristine conditions at your favorite ski area in the region. Unfortunately, that isn’t the case – at least if you put any faith in weather forecasting.

In An Effort to Help Provide Some Guidance, Here is a State By State Assessment as of Sunday morning:

As things look right now, those ski areas that are open in North Carolina (Appalachian, Beech Mountain, Cataloochee and Sugar Mountain) will be O-K-A-Y for the Christmas-to-New Year week as they have anywhere from 18″-37″ of base snow built up. As it looks right now, those ski areas should get two-to-three more nights of snowmaking in to freshen things up and they will at least be open with what they currently have open.

The Virginia ski resorts have just had a bad break with weather. (Let’s face it, we all have.) However, many, if not all of the Virginia resorts SHOULD get some great snowmaking in overnight tonight and then perhaps three-to-four nights of snowmaking between now and Christmas Day and THAT should be just enough for those ski areas to open up some terrain and offer skiing and snowboarding to their guests. No, they won’t have ALL of their terrain open, but our ski resorts can make some serious amount of snow in a short amount of time.

The snowmaking crew plans to continue chipping away at White Lightning, Revenuer’s and Locher Bowl so we can have all slopes open for the holidays. Stay tuned for updates throughout next week as we take advantage of the cold weather moving in. If you know Bryce you know how quickly we can fill in once the cold sets in.

Ditto this from Massanutten Resort:

Hallelujah – the fever has broken! Temps are dropping and we we will be making snow as they fall into the snowmaking range. We will re-open for skiing and riding just as soon as possible.

Ober Gatlinburg Ski Area – Unfortunately, if you are among the MILLIONS of people who love Gatlinburg and the Smoky Mountains, there will be NO skiing and snowboarding offered for the Christmas to New Year’s week. Ober shared:

“Due to ongoing weather patterns beyond our control and the weather that is forecasted, Ober anticipates that we will not be able to open our Slopes for Skiing/Snowboarding in the upcoming weeks.”

I have to tell you guys and gals – if you already have reservations for Gatlinburg accommodations – man there is SO MUCH to do on and off the mountain, I’d tell you to keep them and take in all that IS Gatlinburg and the Smokies.

…you’re in luck. It looks like there should be five-to-six nights of snowmaking temperatures forecasted for the region. All but Canaan Valley Resort are or have been open for some time and with this week’s snowmaking opportunities we should see each resort expand on open terrain.

Snowshoe Mountain already has 31 slopes and trails open including Widowmaker.

Winterplace Resort is already playing on 12 of 27 slopes and trails with SEVEN intermediate slopes open, as well as Drop Off. PS: As of this update 10:24AM, it was SNOWING at Winterplace! 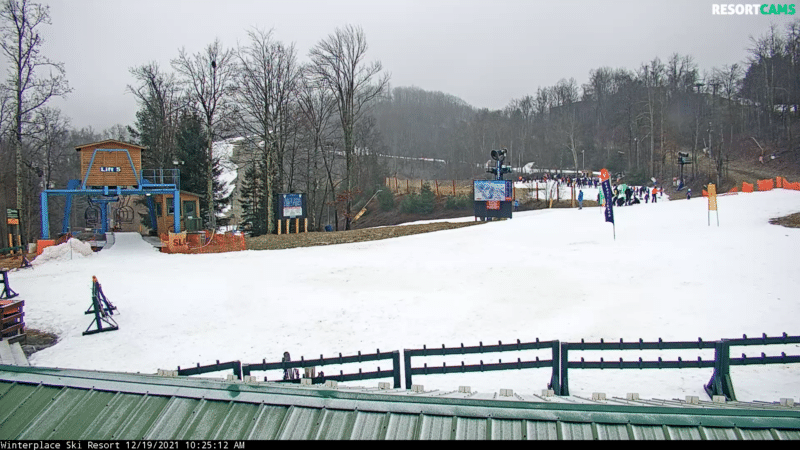 All of those ski resorts will be blasting their slopes and no-doubt opening more terrain for the Holiday week.

That brings us to Canaan Valley Resort.

They were a little slow to pull the trigger on snowmaking a couple of times over the last couple of weeks, but they should be blanketing their mountain with snowmaking several nights this week. It is 24° there as of this writing but there HAS to be some wet-bulb anomaly happening as we are not seeing snowmaking happening this morning.

Meanwhile, Timberline (just down the road) is blasting away. They posted:

Fresh snow alert! Timberline Mountain received a dusting of natural snowfall overnight. While there was no new snowmaking last night, the snowguns began firing up around 8:30 am today and will continue as long as conditions allow. Don’t forget your goggles! You’ll find firm and fast machine groomed snow on our open terrain.

Right now, here is the official word from Canaan Valley:

Ski Season opening day has been postponed due to weather/ski conditions. A date will be announced as soon as we have a firm date.

We will try to get an update from our brother, Joe Stevens, Canaan’s Mark Moody or Sam England soon. I DO expect that they will fire up their snowmaking plant tonight.

On Saturday I shared some intel from weather guy, Mike Stinneford of Washington, DC and I posted a photo of “him” that I found when I Googled his name and WTOP. Trouble is sometimes Google is wrong! Sorry about that Mike! We’ll have it corrected when next you post.

Congrats to Bryce Bennett, who added his name to a long list of American successes at Val Gadena by winning the first classic downhill of the World Cup season on Saturday. 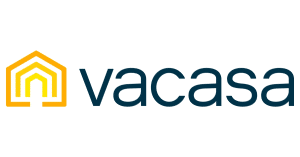 Recently, Vacasa released a TOP TEN “BEST PLACES TO BUY A WINTER VACATION HOME IN 2020-2021” and three of our ski mountain communities placed within the top ten. They base their rankings on cap rate, or the yearly return on investment. Peak cap rates help indicate how well a market is performing.

Our friends at Railey Vacations just posted this video the other day that shows off Wisp Resort. For full disclosure, this was not a video SHOT within the last couple of days 😉

Before a bunch of you guys and gals start flooding me with how much nicer Vail or other ski areas are – that is NOT what the rankings are based on. If you buy a property in Vail, you might not see the same ROI as you would in these southeastern and mid-Atlantic towns…at least according to Vacasa…and they should know.

That will do it for me today. Enjoy your Sunday. Look for those snowguns to crank up in earnest later Sunday evening. Matt Laws will be back with you Monday and Tuesday and then Kenny Griffin and I will be handling the Holiday week and weekends. We are truly thankful for you, our readers. Check back tomorrow for more!