A SEASON TO REBOOT 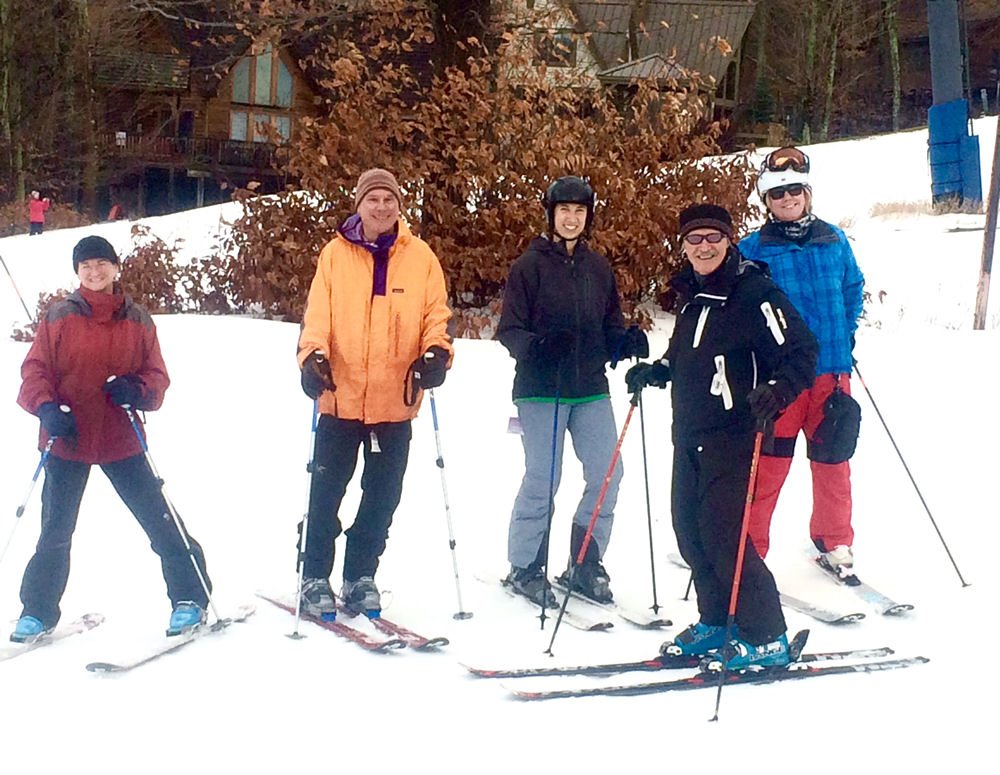 As I sit here writing my last column of 2015, I am thinking about the saying “It’s like putting lipstick on a pig” – at the end of the day, you still have a pig, but a better looking one at least.” That’s sort of how I feel about describing the snow (and there is still snow on the ground, as I saw it first hand at Winterplace while traveling south on I-77 the day after Christmas) that is still on the slopes throughout the region.

When passing Winterplace, as our family was headed to North Carolina for a holiday visit with the Tar Heel contingent, the boss (my wife Angie, if you are keeping score at home) turned to me and said, “With the colder temperatures headed our way, the ski resorts just have to reboot their season.” That little light bulb proceeded to click on over my head as I now had direction for my next column.

Just to bring you up to speed from earlier columns this season, this time of year I am usually writing about the fun on the snow and family togetherness that is occurring at every resort in the region. Well you don’t have to be a rocket scientist to know that unfortunately that isn’t the case basically from Maine to North Carolina for the ski industry.

To the credit of each resort in the southeast a gallant try was given by every snowmaker out there a week or so ago, as Mother Nature teased them with 50 – 60 hours of snowmaking. The pictures I saw from where the snow was made were incredible, knowing what could’ve have been, but in the end didn’t happen. I was told by one resort operator that if they would’ve had just 20 more hours of snow making they would’ve been fully open. Then just a couple days later most of that freshly made snow was back down in the snowmaking ponds, waiting for another cold day to be pumped out again. You can’t say the resorts don’t recycle their most important commodity. They just wished that they weren’t doing it during this time of the season. 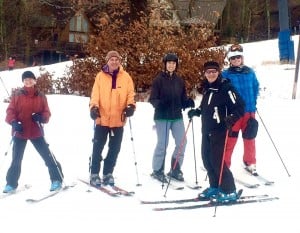 This is a shot of some guests enjoying Timberline Sunday, December 27th. Pretty nice looking, huh? Click photo to enlarge!

I just got a call from Tom Blanzy at Timberline Resort in West Virginia (9:00 am, Sunday) and he reports that since they didn’t push out all the snow they made last weekend and stockpiled it on a couple of slopes, they were able to push it out this morning and actually open new terrain for everyone today and now it looks like they are going to be able to make it through without suspending on-slope operations, until when snowmaking conditions return later this week.

I have been criticized by some who read this column for labeling planning sessions by mountain operation teams as war rooms. Some saying that I am making light of a more important situation as armies plan for battle. Please understand that by no means am I trying to make light of actual war scenarios and fully understand the importance of such a thing. I was just trying to give everyone a feel of what was going on behind the scenes and even though I have never been in an actual military war room, I have been in snowmaking planning rooms and believe me, there is a sense of urgency in both places.

I have alluded to snowmaking conditions returning this week a couple of times earlier in this week’s column, so where does the ski industry go from here? Well I am here to say, none are going to throw in the towel and wait for next November and throw away this season. I know for a fact that all of the snowguns have been set up again in anticipation of the temperatures dropping and the sound of thousands, upon thousands of snowguns will be heard at ski resorts up and down the east coast. Just when the correct temperatures will be occurring at your favorite resort will depend on, well as one strewed businessman once said, location, location, location. I suggest staying tuned to this website for all of the latest information as the 2015-2016 season is basically rebooted for every skier and snowboarder in the region.

Okay I am here to say, if there is one piece of equipment that you need not forget on your travels to any resort in the region when skiing and snowboarding resume, is your goggles. You say you don’t use goggles, you get by, by using sunglasses, well things are about to change for you and change quickly. The days of not having snow making on open terrain or not during the day have come to an end this season. Also you are going to see trails open with smaller base depths as all of the resorts will be doing their best to provide as much acreage in the shortage amount of time possible. Remember you don’t need 40-inches of snow underneath your skis or snowboards to allow you have fun with gravity. So don’t let base depths direct you to one resort or another. To be safe, let technology be your guide and use the resort cam page on this site to provide you with the information you need to make a choice. I love the fact that some of the guess work has been taken out of the equation.

Finally, I just want to make sure that everyone has not given up on this season, as this is not the first time (maybe in recent memory) something like this has occurred in the region during the winter. The snowmakers in this region are the best and I mean the best at what they do and know where the reboot button is located and are primed to get back out on the slopes and provide the product that everyone is accustomed to this time of year in the southeast. If you haven’t been on the slopes yet, maybe instead of putting your equipment away when the grass gets green again, you make another trip to the mountains a little later this year and enjoy spring skiing and snowboard for the first time.