A LITTLE SNOW IN THE FORECAST!?!?! SEE WHERE… 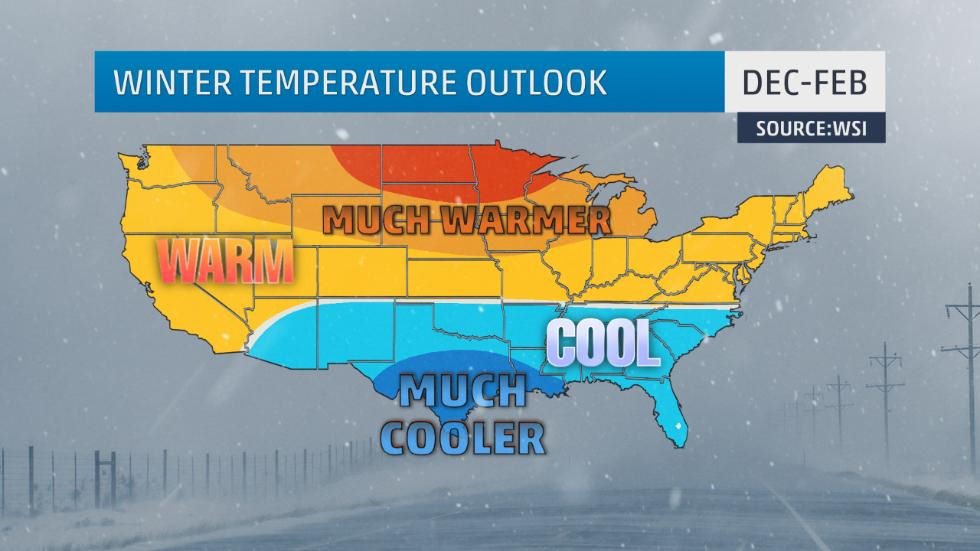 I don’t remember a winter in the last twenty years where I didn’t touch the early December snow report for two days in a row. However that’s the case this morning as I last updated it on Monday morning when all of the Southeast and mid-Atlantic resort suspended operations until colder air returns.

The GOOD news is that every ski area in the region could make snow later today and tonight if they want to as temperatures are predicted to drop to the coldest of the season at or near 20°-24° overnight!

Even better news – is the fact that many ski areas will be able to make snow around-the-clock beginning later this evening, tonight and perhaps all day on Thursday – definitely again Thursday night.

30-32 hours of straight snow-making these days means open ski areas. We’re kind of thinking that resorts may make enough snow to open Friday or Saturday. We think that all of the “usual suspects” of Appalachian, Cataloochee, Beech Mountain and Sugar will open for this weekend and you might see another resort or two further north do the same.

I’m basing this update on the weather outlook for the next few days. Overnight lows look like there could be borderline snow-making opportunities each night Friday night through the middle of next week…according to the forecast for Beech Mountain. MOST importantly, it looks like it will be dry Thursday through Sunday.

WEST VIRGINIA RESORTS COULD SEE A BIT OF SNOW!

Meteorologist Brad Panovich reported on Monday that the mountains of West Virginia could see a little skiff of snow this week and that looks to be coming to fruition as the forecast for Snowshoe, Canaan and Timberline ski areas is for AM snow showers on Thursday morning. Only about an inch is forecasted but after seeing NO measurable snowfall in November, we’ll take that <1″ that is in tomorrow’s forecast. Temperatures look to be good for snow-making up that way as well with lows dropping to 27° tonight and in the mid to upper 20s Thursday night through Saturday night.

Interestingly the temperatures are forecasted to be slightly cooler into the North Carolina mountains. Not sure about that bit of data, but we’ll see.

WINTER WILL COME, WHEN?

Man, it’s been challenging so far. After this short burst of colder air, I’m sad to report that the next 10 days or so looks like yet another return to warmer than normal days and nights. We’re seeing highs in the 50s and even some mid-to-upper 50s – and lows in the 31°-40° range each night after Sunday…through December 16th. …and THOSE temperature forecasts are for the coldest areas of the region – Snowshoe, Timberline, Canaan, Winterplace, Beech and Sugar Mountains.

If you look at the forecasted temps for areas like Cataloochee or other resorts, they are a notch milder still. That, my friends, is not what we want to see through the 16th of the month. All of the talk coming from weather gurus back in September was how “the strongest El Nino on record” would make for one of the coldest and snowiest winters on record for much of our area. NOW, the very same “strongest El Nino on record” or at least since the early 1950s – is reportedly going to make for a MUCH WARMER WINTER for the Virginia, West Virginia and Maryland ski resorts and (supposedly) about normal temps for the North Carolina and Tennessee ski areas. 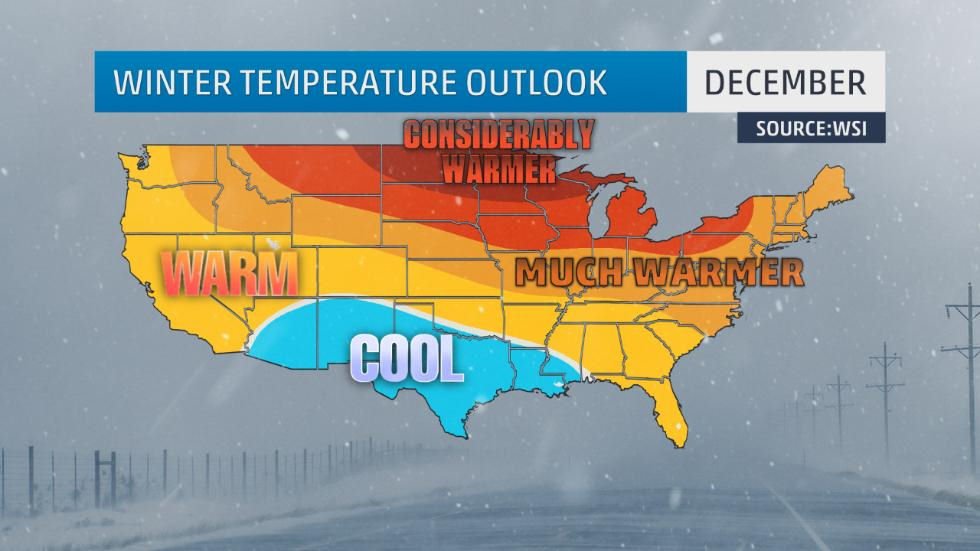 The latest out of THE WEATHER CHANNEL peeps is now predicting a MUCH WARMER DECEMBER than normal. January should chill up a bit and then February will be cooler-to-much-cooler than normal for our region. However, they have REALLY gotten it right, so far, right?

According to those same weather gurus we could see a shift in weather patterns as we approach the first of the year. There are indications that colder-than-average temperatures may develop in the East beginning in January and even more so in February. The risk of upper-level atmospheric blocking in the North Atlantic increases in January and February which can force colder temperatures into the Eastern U.S. for prolonged periods.

We’ll wait on Brad Panovich to provide us with his take on what we should expect. However based on some of the long range models that I’ve look at (and bear in mind that I’m no different than 90% of you who are reading this post) things look like we’ll see a very challenging 30 days ahead where ski areas are going to have to really fight for every snowflake that they can make when the temperatures are cold enough to do so.

It appears that the next three weeks will continue to produce one-to-three day bursts of cold air (cold enough to make snow) followed by milder temps. Unless the pattern changes, the FIRST real month of ski season will be a “hit and miss one”. We can only hope that resorts will be able to make enough snow to make for a good Christmas to New Year week.

How about let’s all start praying for some cold air and snow? If you’re with me, drop me an email at [email protected].

Our David McCue IS in Colorado!

As we reported on Tuesday, David decided that the “tug” of all of that snow out on Colorado was too much for him to resist any longer. So he caught a flight after being on standby and he texted me at about 2-3am this morning that he was there and obviously excited to hit all that powder today. He’s already posted the start of a TRIP REPORT that you guys can follow

We’ll also post some snowy photos and perhaps a video when we get them. Maybe that can start some snow-mojo to come our way.

Keep your chins up my friends. Things are starting slow, but since these weather gurus got things sooooo correct for November and through today (INSERT HEAVY VOLUMES OF SARCASM) bear in mind that ANYTHING can happen going forward. Let’s think positively and pray that we get some cold, cold air hitting the area around mid-month that lasts through March!

Enjoy your day and THINK SNOW! THINK COLD! …and Start a Prayer effort!

Previous Post
Something to Get the Juices Flowing…
Next Post
Hey Guys! We have ski resorts in the Southeast and mid-Atlantic!