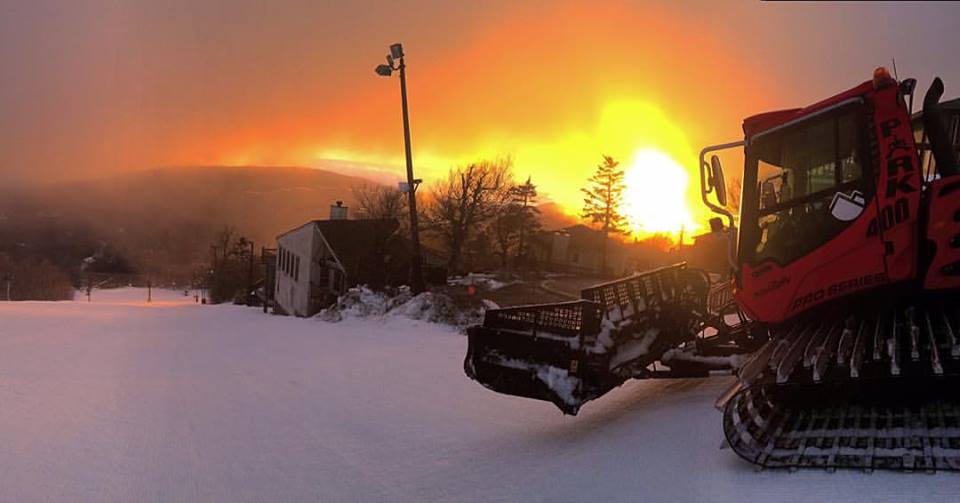 I can’t think of a better way to start the week than by coming in to do this report and seeing cold temperature readings and webcam shots filled with snowmaking.  Sprinkle in a little bit of natural snow and my week is off to a great start!

We had to deal with a little bit of rain over the weekend but that has come and gone and we’re now back to wintry conditions.  Temperatures this morning are CHILLY at some locations.  We’re talking 25-30 degrees colder for some.  Several locations are in the single digits this AM, with Snowshoe, Canaan, and Timberline the low spots at 3°.  Brrrr.  Everyone else is generally in the teens.  That means snowmaking has resumed.  Just about every single resort has made snow in the last 24 hours.  It’s optimal conditions right now to do so and some of the webcam shots show a blizzard of manmade goodness.  Here’s what I’m talking about.

There’s also a little bit of natural snow to talk about.  Not a lot, but a little.  Here in North Carolina, Beech Mountain and Sugar Mountain are reporting an inch of the white stuff this morning and that lines up with the CoCoRaHS readings.  Wolf Ridge is reporting half an inch.  App Ski Mountain doesn’t have a report but I believe they saw a trace or so as I saw some flakes falling out there on the cam yesterday.  Down in the southwestern part of the state, Cataloochee saw a dusting or so.  I really wish they would put natural snow numbers up on their snow report!  I’m basing that report on the Hemphill webcam shot from yesterday.

Up in West Virginia, Winterplace is saying a trace, Canaan and Timberline saw 0.8″, and Snowshoe was the winner with 2″ in the last 24 hours.

Wisp Resort in Maryland is reporting an inch themselves and the webcam sure looks good out there right now. 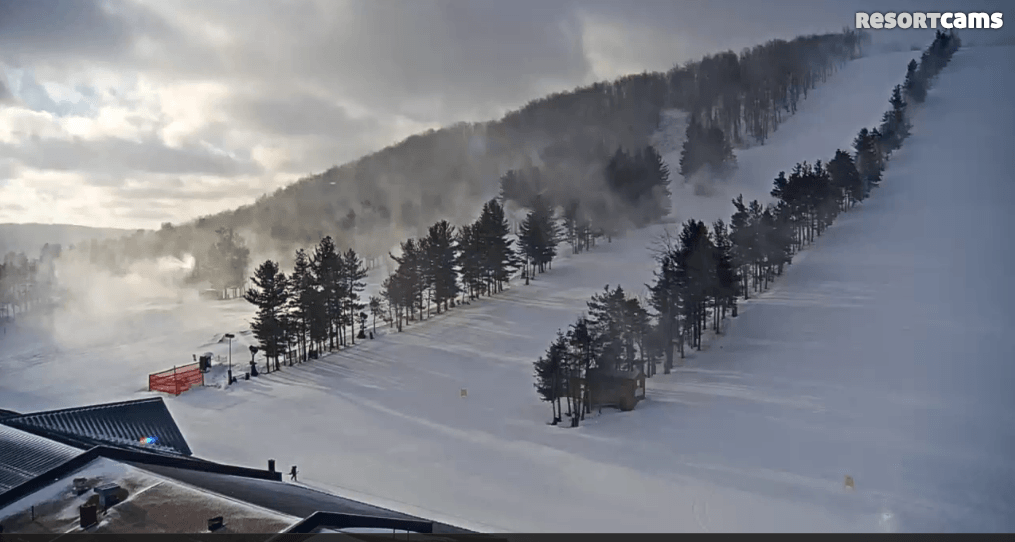 The Virginia resorts always seem to be in the snow shadow, and as far as I can tell none of them saw any natural snow.  However, all of them are plenty cold and have been making snow.

One of the biggest and most important time periods for the ski industry in the region is MLK Weekend.  It’s crazy to think it’s already that time but the holiday weekend is almost upon us.  Christmas and New Year’s was pretty much a bust, so the resorts need a strong showing to help make up for it.  Fortunately, it looks like that is going to happen as the forecast for the upcoming week looks GOOD.  Several days of around the clock snowmaking with some natural snow mixed in should ensure some very good conditions for guests this weekend.  Here’s the latest forecast from Brad Panovich.

I can’t tell you how nice it is to see colder temps remaining in the medium to long range forecast.  Even after this weekend it looks like the cold air is going to be sticking around.

The fast moving clipper system tomorrow should be pretty good for the resorts up in West Virginia.  I’m reading the NWS forecast discussion for Snowshoe right now and they are talking about 3-6″ being possible.  Wednesday skiing and riding up that way should be excellent.  Mike and I are contemplating a live broadcast from the top of Beech sometime this week.  I’m hoping we can do it Wednesday morning as some fresh snow on Tuesday and Tuesday night would provide a good backdrop for the report and I’m hoping to get some footage to show you all on Thursday so you can see just how good conditions are going to be.  Let’s be honest though, I really want to go snowboard in it.  Ha!  We’ll let you know our plans on that by tomorrow. 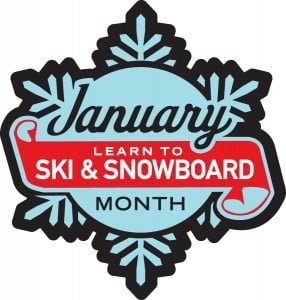 Learn to Ski and Snowboard Month

This is just a reminder that January is Learn to Ski and Snowboard Month.  It’s a perfect opportunity to learn both sports and with conditions improving everyday it’s a great time to do so.  Many resorts offer some special lift and rental packages that gives even more incentive to get on the slopes for the first time.  For instance, Cataloochee has a great deal right now…

Don’t forget in celebration of National Learn to Ski & Snowboard Month, Cataloochee is offering a special $59 beginning lesson, lift and rental package for persons age 8 and above. Lessons last 1 3/4 hours. Offer is valid any non-holiday Monday through Friday during the month of January and it’s only available by purchasing online.   Only 75 packages are available for purchase per day.

Wolf Ridge has their own deal…

January is Learn to Ski and Snowboard Month! If you have ever thought about giving skiing or snowboarding a try, this is the best time of the year! A special $40 package for first-timers gets you a ticket, rental equipment and an hour and a half beginner lesson. Everything you need to get started having fun on the slopes! Check out our Specials and Discounts Page for more information.

I’m sure other resorts are offering their own specials, so check their websites or give them a call to find out more.

I always like to include this section in my posts that list some interesting tidbits.  I only have a couple today.   Timberline opened up the entirety of their Salamander trail on Friday.  It’s the longest trail in the region at 2 miles long.  They posted a video of it on Facebook.  Here it is. Sit back and enjoy for a few minutes.

SEASON PASS GIVEAWAY!Timberline's skiable terrain currently offers a higher vertical drop and longer runs than any other mountain south of New England – one of which is our 2-mile Salamander Run, opening today. Check out this awesome video of Salamander – shot today!Please share this post for a chance to win a 2015-16 Season Pass! Be sure to set the post privacy settings to “Public” so we will know you shared it! (contest ends Monday night at 11:59PM).

Joe Stevens emailed me this morning to let me know that Snowshoe should have the popular Cupp Run open for the MLK weekend.

Snowmaking has begun in interest on Cupp Run on the Western Territory at Snowshoe Mountain.  The resort’s signature trail should be ready for skiing and snowboarding this Friday as the MILK holiday weekend quickly approaches.

Cupp Run is awesome and I’m sure the guests this weekend will greatly appreciate it being open.

As I have mentioned, conditions for MLK weekend should be very good and if you have a trip planned you should be pumped!  I’m looking forward to seeing improving conditions, snowmaking, natural snow, and the open trail counts getting boosted throughout the week.

Check the SNOW REPORT PAGE today and all week to keep an eye on things.  We’ll keep you updated there and here with our morning reports.  It’s going to be an exciting week!

Previous Post
More Snow and A Lot of Cold!
Next Post
Tubing Too! Now’s the Time to Snow Tube Slide