A Great Nordic Weekend On the Way! 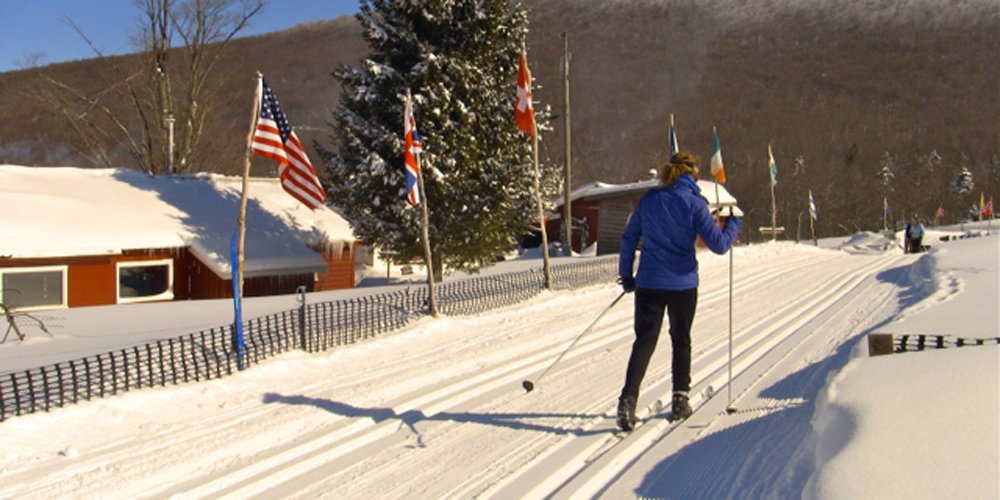 It didn’t take a meteorologist to know last weekend was great for cross country skiing— every major network showed people striding and gliding through Washington DC. There are thousands of people across the South with Nordic gear in their closets and more of them than ever are searching out the sites where the South gets surprising natural snow. There will be great Nordic skiing at some of those sites this weekend—so gas up the car.

I’ve been on a mission to help folks find that snow since well before the 1987 publication of my book Southern Snow: The Winter Guide to Dixie. Back then I called an informant in Canaan for a report. Today, the Internet makes it easier but there’s still a little doubt—ain’t no web cam on Roan Mountain but there should be (and could be—the new district ranger is a backcountry skier from Colorado).

I hope SkiSoutheast.Com can help a little. Not to go overboard but over the next few months expect features from me on Whitegrass Ski Touring in West Virginia and Roan Mountain on the North Carolina Tennessee state line. I’ll alert you to info sources, like the Whitegrass website, that’s full of up to the minute snow and weather—and as much quirky cool character as the ski center’s owner himself, Chip Chase. 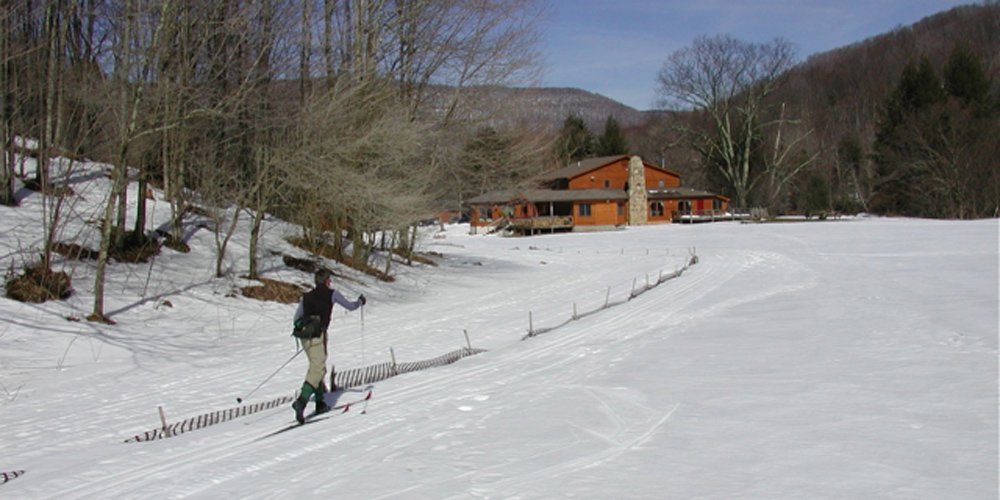 At Elk River Ski Touring in Slatyfork, West Virginia there should “kind of perfect” conditions, according to owner Mary Willis. Photo by Randy Johnson

North to south, there’s still a lot of snow left out there. The northern Apps are getting more light snow today and tonight on top of a bomber base preserved by continued cold. Even in North Carolina, milder temps this weekend should soften up what’s left and make for some great skiing. Only powder is better than a sunny day when good snow starts to go granular.

Whitegrass Ski Touring Center in Canaan Valley has plentiful snow and is getting more snow today. Expect all 50 kilometers of trail to be open. Unlike the backcountry skiing found farther south in North Carolina. the great grooming at northerly ski sites in West Virginia—grooves set in the snow for traditional skiing, and smoothed surfaces for skating—means even older snow is super skiable. That goes double for the high-tech grooming at Whitegrass (with 25 kilometers of groomed trails). Sunday’s warm temps will serve up an outdoor grill party. 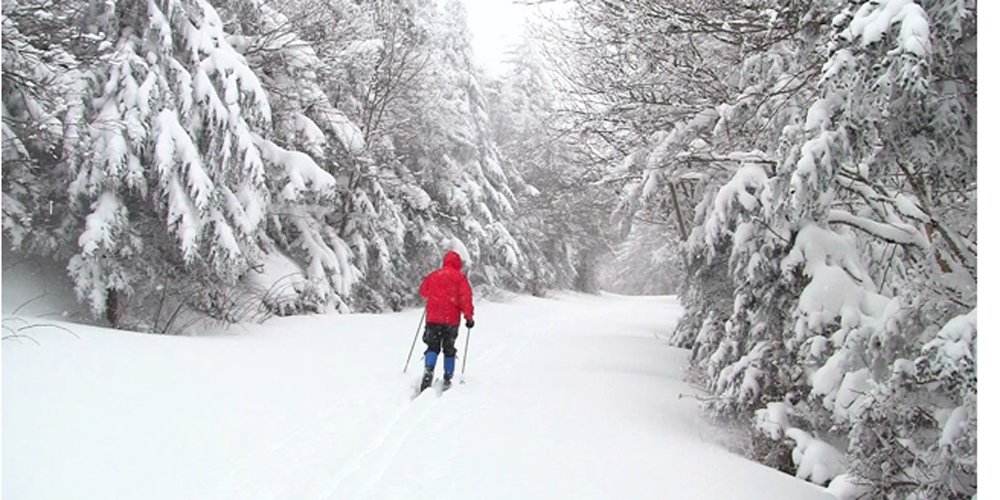 The road up Roan Mountain may not look like this over the weekend but there should be be plenty of snow on sheltered trails and north-facing bowls below the Appalachian Trail. Photo by Randy Johnson

Near Snowshoe, Elk River Ski Touring Center has 5 kilometers groomed at the ski center in Slatyfork with about 20 kilometers adjacent to that. The much higher Highland Scenic Highway is not groomed but there’s plenty of snow up there. Mary Willis, owner with husband Gil, says the conditions  “couldn’t be better.” A new couple inches this morning have made the “surface kind of perfect.” Now that’s what you like to hear! Head to Elk River.

Public information officer Sally Hurlbert confirmed that Skyline Drive has just been plowed open for the weekend through the spectacular Central Section of the park between US 211 in the north and US 33 in the south. There’s a solid two feet at those upper elevations so this will be a primo weekend in Shenandoah for trail and fire road touring. But, do not make the mistake of heading to the Berry Hollow parking lots below Old Rag—they are still snowed closed.

Mount Rogers, in far southwestern Virginia near the North Carolina High Country should also have plenty of snow, especially on sun-sheltered trails and slopes.

There is a lot of snow left in the Boone area even at lower elevations—so skiing in higher and sheltered spots should be available. That means places like Roan Mountain will likely be good. At Elk Knob State Park north of Boone, Superintendent Tracy Minton says, “We have anywhere from four inches to nothing in some areas,” due to high winds with the storm. He also says, ” The backcountry trail would likely be the best place to ski at this time.”

There’s rain for early next week so get out there now! And with warming temps on the weekend, don’t forget the ski scraper and slippy-slide base prep of your choice. Think snow!

Previous Post
A Little Snow This Morning, Lots of Sunshine for the Weekend
Next Post
An Awesome Weekend of Skiing this Weekend!