A Good Looking Week Lies Ahead 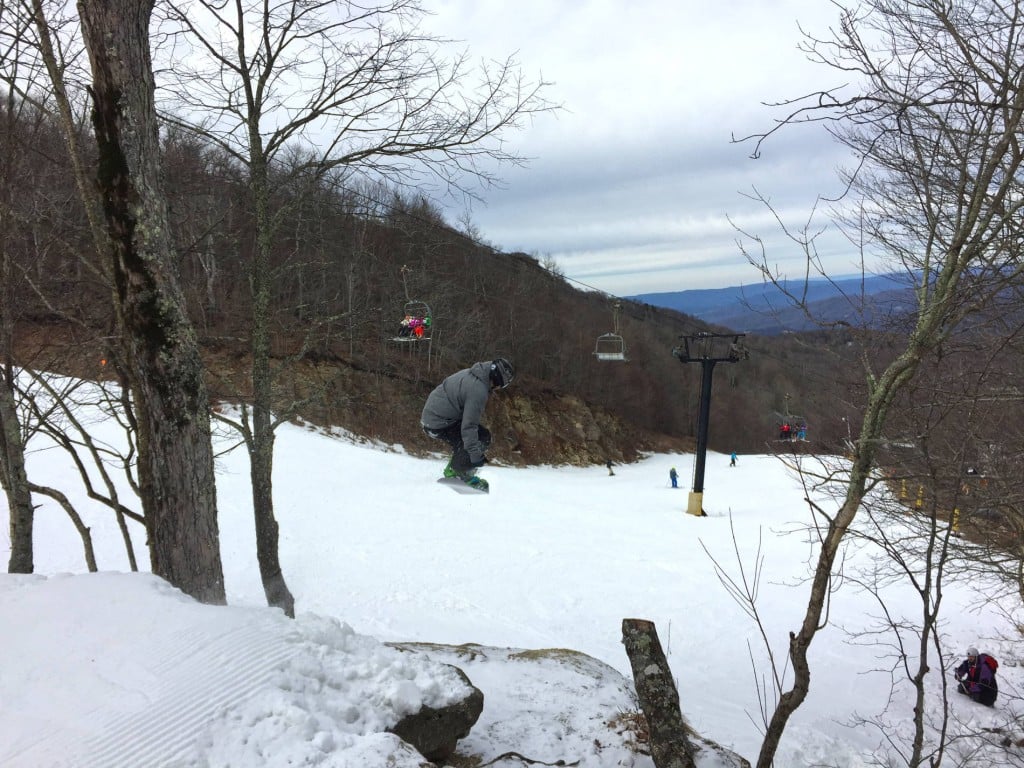 Well, I’m not going to lie, this morning is a bittersweet one for me.  On one hand, the Panthers lost in the Super Bowl last night and I am still pretty bummed about it.  This one hurts way worse than the 2004 Super Bowl loss.  On the other hand, I’m looking at the weather for the upcoming week and it includes frigid temperatures and even a decent amount of natural snow for the mountains.  That is definitely helping to lift my mood some.  The upcoming week looks really, really good!

Let’s start with the weekend though.  It was great in terms of skiing conditions.  I was able to make it up to Beech for pretty much the first time this season (I didn’t really ride too much there during the winter storm a few weeks ago) and I must say, it was awesome!  It was the most fun I’ve had up there in a couple of years probably.  I was a little worried about the snow conditions after the rain earlier in the week, but it wasn’t bad at all.  The snow was definitely sugary and manmade, but the coverage and grooming were excellent.  White Lightning in particular was fantastic first thing on Saturday morning.  I was able to point my board and comfortably bomb it.  It got the blood pumping!

There were a good amount of people there, but the lift line never really got out of control.  They opened Oz Run around noon-ish and that greatly helped to spread out the people on the mountain.  That and they had Lift 6 running which helped as well.  I don’t think I ever waited more than 7 or 8 minutes in line, which is not bad at all for a peak weekend.  They even had some DJ’s out in the village, so I had some music to jam to while I waited in line.

Here’s some photos I snapped out there.  I think my favorite are the rock drop ones.  How cool is it that a ski resort grooms and perfectly shapes a rock drop?  I love it.  Click on each photo to enlarge. 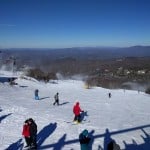 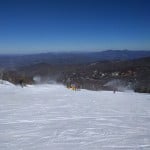 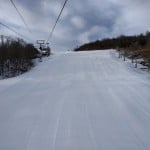 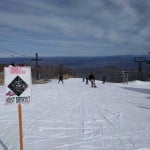 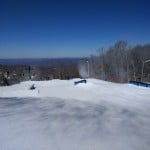 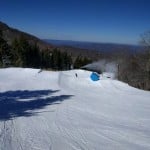 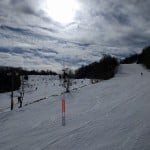 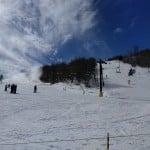 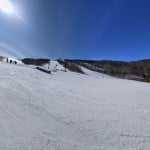 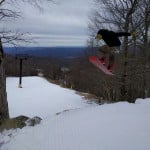 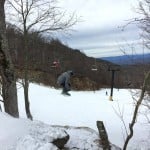 It wasn’t just good at Beech this weekend.  Every resort in the region enjoyed nice weather and great snow conditions.  Here are a few photos from social media that highlight the conditions of this past weekend.

So it was a successful weekend no matter where you went to ski or snowboard in the Southeast.  Now though, it’s time to look at… 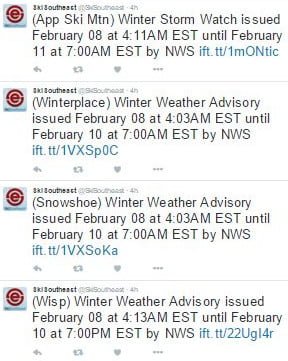 I talked a little about this week’s snow on Thursday and luckily it is still going to happen.  The two words that describe the upcoming week at ski areas in the Southeast…COLD and SNOWY.  Oh yeah!  It’s pretty funny to look at our Ski Southeast Twitter right now as it is filled with mostly Winter Storm watches and advisories that the National Weather Service has put out.

There’s two separate events this week that will put down some natural snow in the mountains.  A northwest flow event commences later today and lasts through Wednesday, with snow even lingering into Thursday for some resorts.  Northwest flow is awesome for us here in the Southeast.  It gives us some of our best quality snow.  A person emailed me this morning and asked if he should go ski at Beech today or tomorrow.  Heck yeah he should!  Tomorrow should be especially fun with snow throughout the day!

Snow totals are going to vary greatly depending on which ski area you look at, but everyone should at least see a few inches over the next several days.  The favored locations with an event like this are generally Beech, Sugar, Wolf Ridge, Snowshoe, Canaan, and Timberline.  They are the higher elevation resorts along the spine of the Appalachians and they will probably be the winners with this first round of snow.  It wouldn’t surprise me at all to see double digit snow totals at some of those places come Wednesday and Thursday mornings.  To a certain extent, I’m kind of expecting it.

We then get another round of snow Friday night and Saturday.  Just in time for the weekend!  I already have an eye towards the weekend and will be snowboarding somewhere on Saturday.  Would love to get a few mini-powder turns in.

If you do get out this week and take advantage of the snow, bundle the heck up.  It is going to be brutally cold and windy.  Northwest flow also means northwest wind.  Wind chills will be in the negatives at times, so layer up!

The NWS forecast for Snowshoe shows chilly temperatures all week.

It should be a fun week.  It’s nice to not have to talk about only manmade snow.  A cold and snowy week should make for an awesome President’s Day Weekend!

Keep checking back all week and we’ll keep you updated with all the snow!

Previous Post
It’s Super Bowl Sunday and it Should Be a Super Day to be on the Slopes!
Next Post
SOME THINGS NEVER CHANGE