A FOOT OF SNOW DID FALL! See where… 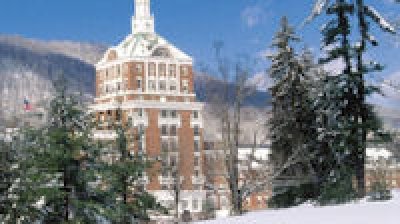 I'm typing this BEFORE I even look at ANY of the snowtotals that I will be reporting this morning. This snowfall was without question one of the craziest I've ever witnessed in that it came late, left early and it fell in bands of sideways snow, 'Charlie Brown' flakes, tissue paper floating to the ground, and 2-3" snowballs at times. I heard thunder twice in our area and there were reports of lightning strikes although I'm betting they were power transformers blowing out.

You guys know that I don't believe in "climate change" anymore than I believed in "global warming" before they changed the name. …except that the climate changes every year and every decade or so in natural cycles. However, we HAD some climate change on Thursday!

Before stopping to do the tour…I will report that we had the following rain totals here around Beech Mountain over the last four days:

For a whopping 4.84" in the last four days. So we had to get MORE than four inches of that rainfall BEFORE the temps could get here. Once we had the temperatures in place, the skies had to clear and exit as quickly as Manti Te'o from Notre Dame's campus. Had we had cold air in place for the last four days we could have seen 40-50" of snowfall. YIKES!!! Okay, maybe THAT would have been a bit much but nearly FIVE INCHES OF RAIN nets us 4-6" of snow???!!!! Good grief!

PHOTO OPS! GET US YOUR BEST! 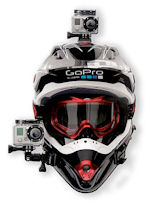 It will be a KODAK MOMENT or "GoPro" kind of day today. Just typing that "brings it home" how much times have changed. Kodak doesn't even MAKE cameras anymore. Their brand name was synonymous with the actual act of taking photos and now they are only building printers, etc.

GoPro, pocket digitals and for that matter cell phones have replaced them. I digress – whatever you use to snap photos and videos will be useful today if you're in one of the pockets of heavy snow around the region.

Take some and send them my way at: [email protected]

In terms of where the snow fell – now that I've made all of the calls and CoCoRahs visits – this was definately a "southern storm". On Thursday we predicted that this would more than likely be a snow event that was from Winterplace Resort and south and that's exactly what took place. I was speaking with "Snow News is Good News", Joe Stevens this morning and he reported that I-77 southbound between the two huge tunnels that take you from Virginia into West Virginia is/was still blocked this morning. He reported that 4" of snow fell in Beckley, West Virginia and 12" came down in Princeton, which is just north of the VA/WV stateline. Winterplace Resort which is a bit north of that saw 5" of snow.

Joe stated, "This was one of those perfect storms that looks as though God just took a bag of snow and plopped some of it here and then moved over a few miles and plopped some more elsewhere."

That is true as we're seeing 6" snowfall reports that "bookend" 3" pockets of snow.

Stevens' also reported, "The timing of this storm was great because it excites the masses to head to the mountains but the travel conditions – since Friday is the big travel day for most people – will be great. Snowmaking is in full force across WV and the entire region and that sets up more slope openings and great conditions as we go through this weekend and beyond."

Couldn't have said it better Joe – but then THAT'S why we have Joe.

HERE ARE THE OFFICIAL SNOW TOTALS WE'VE SEEN: (If your favorite Southeast ski area is not mentioned, then no snow fell.)

As you can see, only Wintergreen and The Homestead of the Virginia resorts received any measureable snow and only Winterplace in West Virginia. The big winner from this storm was Sugar and Beech Mountain with 10-12" of natural snow.

ALL RESORTS ARE MAKING OR MADE SNOW: 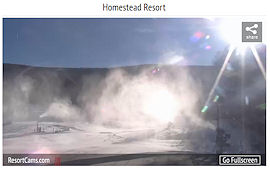 …the new Homestead Resort CAM is now LIVE as of this AM and is showing snowmaking in full force!  Visit the cam by clicking HERE!

Of course the truly BIG WINNERS from the big time arctic blast of cold air are you guys who were/are planning to visit your favorite ski resort from this 3-4 day long MLK weekend. If the temps could have come in a little earlier that would have been better, however beggars can't be choosers so we'll take the fact that snowmaking temperatures made it into the area on Thursday. Some snowguns cranked back up around noon on Thursday and all of the resorts got into the act later in the afternoon and evening.

Massanutten's Base Cam provides a great example of the massive snowmaking that is underway across the region this morning. See: http://resortcams.com/webcameras-massanutten-base.php

All of the region's resorts will be cranking out the manmade snow today, tonight and this weekend. Many of the resorts will have opportunities to make snow around-the-clock from now until they feel like turning them off through late next week. These next few days WILL BE the coldest and most prolonged snowmaking period of the season to date. I am certain that we have not had a period this cold or cold-this-long thus far.

That prolonged snowmaking will get THE MOST trails open that we've seen this season.  Right NOW we're still seeing ski areas "fighting the fight" to get more terrain open for the busy weekend ahead. The transition from where resorts were on Thursday in terms of trail openings to where they will be by Saturday will be nothing short of AMAZING.

Check the snow report for all the latest as far as slopes open, etc. Bear in mind that conditions will be good today, great Saturday and excellent by Sunday. Look for increasing slope/trail openings each day.  The thin coverage and bare spots will be gone by later today if not already and this should turn out to be a very nice weekend to ski and ride.

If you made reservations, you're in for a great weekend. If you didn't there's still time to pack it up and head up. You can thank us later for the recommendation. Certainly there are more trails open the further north you go as Snowshoe and Winterplace have 44 and 21 trails open for today.

Beech and Sugar Mountain will no doubt be the best conditions of the day with 10-12" of powder and 10-13 slopes open (10 at Beech, 13 at Sugar). Kenny Griffin posted a TRIP REPORT from Beech last night and it's nothing short of powder-awesome. Check it out at: http://www.skinorthcarolina.com/messageboard/showthread.php?t=15668

We only launched ResortCams.com a few months back and during the Sandy Storm saw 83,000+ unique visitors over a four day stretch while visitors viewed that storm. Friday, December 21st was our NEXT largest single day visitor tally (before yesterday) with 25,351 people checking out the cams. 63,000+ did so in a three day or so stretch during that pre-Christmas snow event.

We've already seen 58,000 or so from the last couple of days through this morning from this newest snowfall event. 37,690 visitors came to ResortCams.com on Thursday and we're already over 7200 at 9am Friday morning so you guys are rocking that website!

I think my favorite NON ski resort cam this morning is probably the Blowing Rock cam at: http://resortcams.com/webcameras-blowing-rock.php

We are seeing about 15 people per second looking at the cams this morning and we're delivering more than 300 PAGES PER MINUTE to visitors this morning. I'm impressed with the quality and delivery of the streams with all of those people! Too cool.

The Homestead Resort in Virginia AND Canaan Valley cameras will be LIVE today according to Kenny. No word on the Snowshoe Cams which have now been in the mill for going on two months. Don't know what I can say except that they can't seem to get their internet thing working. They got Frontier Internet up there to install a dedicated DSL for the cams and STILL have no speed from them. Anyone who visits up there knows that internet connectivity is rather slow compared to about anywhere else on the planet. We're still hopeful.

So get out and enjoy this great stretch of weather and ski conditions. We've already heard from some ski areas such as Wintergreen who plan to be 100% open by NEXT WEEKEND. Conditions today and for THIS WEEKEND should be pretty darn nice with sunny skies and plenty of trails to make your trip a good one.

DON'T FORGET TO SEND ME THOSE PHOTOS AND VIDEOS TO: [email protected] (You can also just email me your thoughts for today…