A Drive Into New Seasons 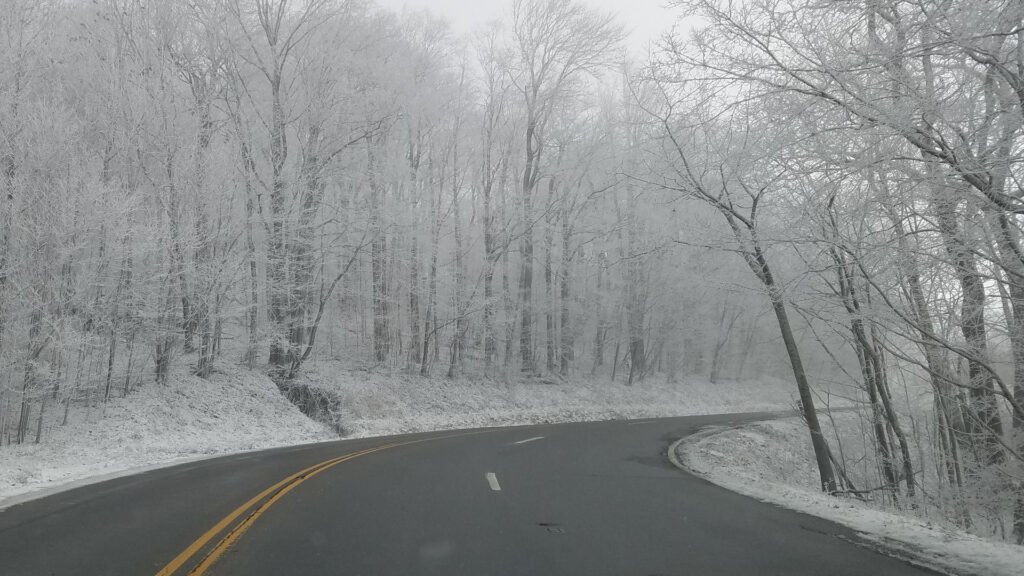 Story and Photos by Brian Dix for SkiSoutheast

Hello skiers and riders of the southeast. Thank you for being patient during the glacially slow-moving offseason. If the wait seemed to drag on at a hotter than normal and longer than the normal pace you can breathe a sigh of relief now. The cold has returned and opportunities to ski and ride the snow are here.

November is not meant to be the most glorious time of any ski season.  Your chances of deep powder turns, substantial snow depth, and multiple open trails are slim at best. Much like your body, the resorts themselves have to start gradually in order to sustain longevity.  Even if you have an awesome trip planned somewhere a few weeks or months from now, please take advantage of November.  This is the time to establish a foundation for your season to stand upon.

An added bonus this time of year is when the ski areas will usually discount the lift tickets a decent amount.  My choice today was a $32 value at Beech Mountain Resort during a four-hour window from 9 AM to 1 PM.  I consider that to be plenty of time to knock the rust off and limit the amount of Two-Days-Later-Soreness that some dormant muscles will be experiencing.

Beech Mountain had a top to bottom groomer section open for intermediates and up, a few rails for the terrain park enthusiasts, plus a beginner lift and slope was available too.  All the pieces were in place and my start to the 2019 – 2020 ski season had perfect vision.  Mother Nature had other plans for visibility at the highest elevations.  More on that in a moment…

If you live in a larger, metropolitan city within the region your commute to the resorts is probably a multi-hour one.  My circumstance is roughly a two and a half-hour drive from Charlotte to Beech Mountain, and it is totally worth it.  I love that there are multiple routes to take with lots of scenery to see.

This particular November morning was unique because the landscape was not the only thing to change.  The morning started off with brilliant fall colors and the warm morning glow of the sun.  On top of that, the FM radio frequencies came in clear and the car karaoke was rocking.  For those who are curious, I was looking at you through the glass, down with the sickness, and Elvis was having a blue, blue, blue Christmas.

However, as I made my way deeper into the mountains the leaves disappeared and the seasons shifted.  The once blue sky blew away with the wind and low hovering gray clouds took over.  I do not have a thermometer display on my vehicle, but I felt the temperature drop significantly with the coolness of the window on my arm.  That and the eventual snow on the ground, starting first near Linville, was a dead give away.  It was winter in the high country.

As the vehicle climbed higher and higher, the whiteness of the snow faded some and the fogginess of the day crept in.  By the time I parked, got that discounted lift ticket, geared up, and made my way to Lift #5 all of us were within the cloud itself.  This called for an extra layer of clothes, a switch from gloves to mittens, and the all-important must bring every time just in case – face mask.

A quick side note, to whoever invented face masks and balaclavas I want to say “Thank You” for that.  They are such a lifesaver, especially when the snow guns are on.  If you are missing that from your ski or snowboard gear ask for one this holiday season.  If you are searching for a gift to give this may be the best thing to buy.  Extra kudos if you wrap it in trail map instead of gift wrap paper.

Anyway, back to skiing… For me, the first ride up the chairlift each season is special because I want to get something taken care of right away.  I say a little prayer to the forces that may be to offer protection from injury, but also provide plentiful snow and lots of great memories.  We are all there to have fun, and I hope that all of the guardian angels do their part while the Norse Snow God Ullr goes above and beyond.  Wishful thinking.

As mentioned before, Mother Nature had other plans for Beech Mountain on Sunday.  With the sun hidden, Jack frost was able to make himself at home.

No worries though, the cold air allowed for the snow to remain solid and the snow guns to turn on.  The open run(s) of Upper and Lower Shawneehaw, Crossover, and Freestyle had end-to-end coverage and there were no significant bare spots to worry about.  They did have one small part near the summit that seemed to have water standing or flowing underneath as the snow was a bit grabby for a brief moment in that spot.  The first time it revealed itself was a bit surprising, but after that, it wasn’t as bad.  It also did not cover the entire width of the run, so it was avoidable.

As for the drive home – the seasons quickly shifted back the further away from the resorts the travel went.  It was not long before the clouds were in the rearview mirror while the sun and blue sky returned.  I got an absolutely fantastic view of the southern Appalachians from Blowing Rock mid-afternoon.  November rules!

A friendly reminder here, that road from Beech Mountain and Banner Elk is quite steep with a lot of switchbacks.  Use your gears, especially when driving downhill.  I drove an SUV with automatic transmission, but I still shifted into 3rd and 2nd gear based upon the severity of the steepness.  This helps keep the speed of the vehicle lower and also reduces wear and tear on the brakes. 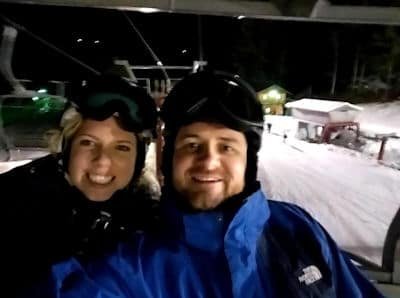 Overall I would say the conditions were great except for the wind and visibility.  In spite of those setbacks, I did not see anybody having a bad time nor did I hear any complaints.  I think the mindset for the collective gathering was that of joy.  I for one was joyful to make a few hard turns while the skis did not chatter whatsoever.  I also got out of there with just enough sensation in my body to let me know that ski season has begun.

Have you had a chance to feel that yet?