A Cold and Snowy Winter Ahead?!?! That’s What The Old Farmer’s Almanac is Saying! 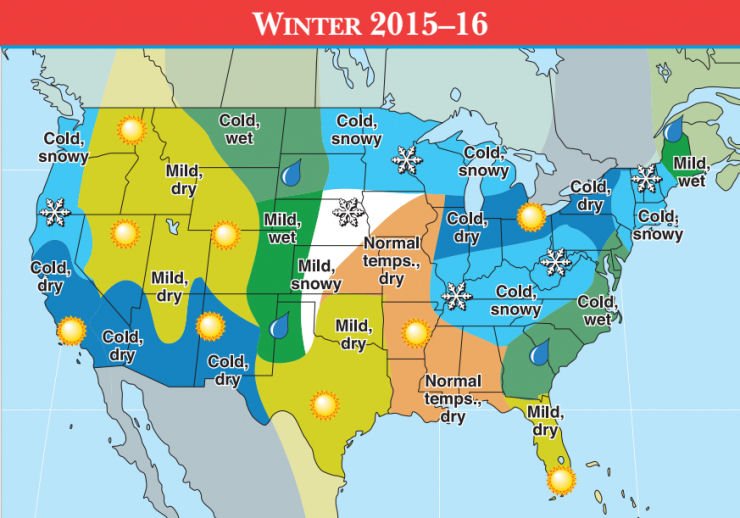 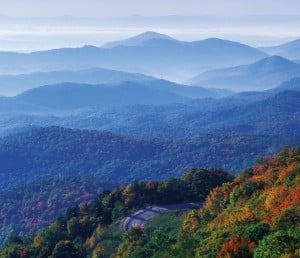 Before we dive into another long-range forecast I want to mention that it’s now mid-September and we’re now only 3-4 weeks away from awesome fall color season. Is that as hard for you guys to believe as it is for me? I was looking around at some of the ski resort mountain webcams (see SkiCams) with a client on Tuesday and I was already seeing some color popping in on the Boathouse webcam at Snowshoe Mountain. Check out: Snowshoe Mountain Webcams

You can also click the photo above to see an enlarged version.

Morning temperatures have dipped into the upper 30s earlier this week and those kind of temps will trigger the Sugar Maples to turn a bit earlier than most of the oaks, hickory and other hardwoods.

We’re also one month away from all of the fall festivals and just THREE WEEKENDS away from Sugar’s Oktoberfest fun – October 10th and 11th. It’s crazy to think that we’re already at “that point” in the year. We’re actually gearing up here at SkiSoutheast.com-land and as you can tell we’ve already been a bit more active than usual in terms of content writing, etc. 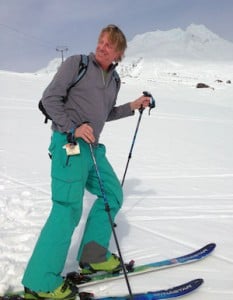 We want to welcome David McCue to our team as a contributing reporter. Dave’s a familiar face on the messageboard and he’s seemingly skiing somewhere in the region all season long. Dave’s agreed to provide a little different flavor or spice to the website this season and he’ll be at a lot of the ski resorts of the region this season with a special focus on the WV resorts. David’s a big fan of “the Valley” ski areas of Canaan Valley and Timberline. So we’ll look forward to those updates. We also expect to have some good content contributions from Randy Johnson this season. Randy is one of the most widely-read ski historians in the Southeast and mid-Atlantic and we’ll look forward to hearing from him and sharing his unique take on all things skiing and snowboarding in the region.

We’re actually moving “ahead of schedule” here on the website this season and hope to be able to offer some new features on the website as we get closer to the opening of the 2015-2016 ski and snowboarding season. 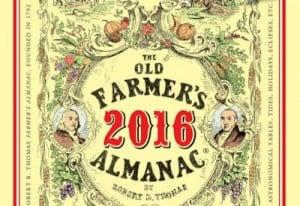 and without further delay, let’s talk…

The other day we shared Joe Bastardi’s WeatherBELL winter forecast which as of August 28th is calling for 150-200% of normal snowfall for the southeast and mid-Atlantic and a 1-3° colder than normal winter.

So we’re off to a great bit of VIBE for the 2015-2016 ski season. Typically the next resource that we hear from around this time of year is the Old Farmer’s Almanac and they didn’t disappoint as they just released their newest 2016 version of the almanac. They’ve been at it since 1792 and while that’s about as old-school as things can get in the business of predicting weather, they’re pretty new-school as well with over ONE MILLION Facebook fans!

However as we reported last week, not all readers of The Old Farmer’s Almanac are fans. In fact, surprisingly some of their most vocal critics are weather peeps who make a living off of being as accurate as Gino Smith is in throwing passes in the NFL. (For those who don’t know – Smith has been voted as the worst quarterback in the NFL for the past two seasons by NFL insiders.)

Here are some of those bashes:

“[Here’s] your annual reminder that using the Farmers Almanac for a seasonal meteorological outlook is about as good as going to a psychic,” tweeted Matt Lanza, a meteorologist based in Houston.

“[It’s a] forecast that has as much accuracy as a Magic 8 ball,” wrote Connecticut broadcast meteorologist Ryan Hanrahan on his Facebook page.

[I]t’s basically the print version of a psychic reading on a 1-900 number,” wrote Dennis Mersereau, who pens Gawker’s weather vertical, The Vane. “The Old Farmer’s Almanac is to meteorology what astrology is to astronomy.”

Kind of harsh, don’t you think?

We’re going with the idea that since they’ve been around for 223+ years they probably have gotten forecasts “right” more often than not, so with that in mind – here’s their prediction for the 2015-2016 winter as it applies to the ski areas of the Southeast and mid-Atantic.

Our ski resort coverage area actually falls into a mix of ZONE 3 and ZONE 7 forecasts via The Old Farmer’s Almanac and I reached out to their reporters and got the following response.

“The most accurate forecast for the higher elevations of Virginia, West Virginia, Tennessee and North Carolina would come from our zone 3 maps, however it would be safe to include zone 7 input as Charleston, Snowshoe, and Davis, WV would fall into that region.”

With that in mind, here’s what we see:

The Appalachian Mountains will offer a Winter that will be colder than normal, with total precipitation slightly below normal. The coldest period will be in the middle part of January, with other cold periods in mid- and late December and early February.

Snowfall will be near normal in Pennsylvania and above normal elsewhere in the region, with the snowiest periods in late December, mid- and late January, and early and mid-February.

Sounds great, right? Snowier and colder than normal for most of the region and certainly for the ski mountains. Late December snows could be perfectly timed for the all-important Christmas to New Year ski week. The almanac is calling for a COLD November 28th-30th and snow showers which would be sweet for the early bird skiers and snowboarders and then for that important Christmas Holiday crowd things look sweet.

They are calling for December in general to be 1-3° colder than normal with December 14-19th being COLD with SNOW SHOWERS. The 20th-23rd sunny and COLD.

There is some rain in the mix December 27th but the sunny and cold. January 1st-15th is just COLD, COLD, COLD and SNOWY. In fact according to them January will be pretty sweet if you like snow.

So regardless of what the weather pros are complaining about in terms of The Old Farmer’s Almanac forecasting – it SEEMS to be on par with what the more “scientific” forecasters are predicting…a colder and snowier winter than normal.

Not sure what all of their moaning and groaning was about.

Until Next Time…email me at [email protected]

Previous Post
Skiing IS Affordable… And this week you can leverage your value and help your local business
Next Post
Snowshoe Mountain’s FREEFALL FESTIVAL is September 25th-27th!