A Bump is coming

Looks like we are in for a little warmer weather this weekend with talk of record breaking highs, according to the folks at weather.com.  Today is going to be much like it turned out yesterday, warmer with partly cloudy skies.  It looks like that for the most part we can expect to see some moisture move into the Southeast and Mid-Atlantic starting on Saturday with Sunday having the greatest chance of rain. 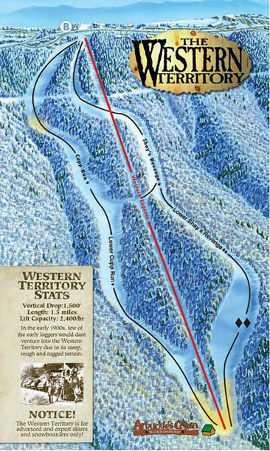 as both Appalachian Ski Mountain and Ober Gatlinburg reported -2” of base this morning.  But on the other hand, Snowshoe opened an additional 2 runs and 18 acres bringing their skiable terrain to 145 acres.  Snowshoe is having a big celebration this week as most of you know by now, but I think the really big news is the opening of the Western Territory and the Cupp run.

And while we’re on the fun topic of new terrain opening, Canaan Valley has opened up 2 more runs while Wisp opened East Ridge.  So, just because the weather might be warm where you are, or might look warm on the weather maps, there is plenty of good skiing and riding out there.  Don’t let the forecast scare you off from visiting the slopes this weekend. 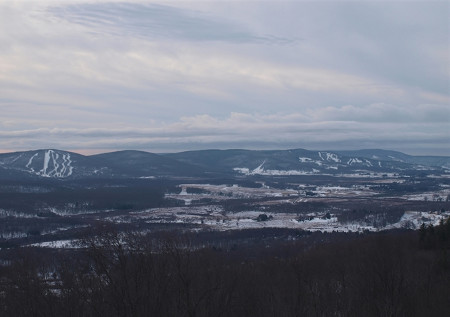 Many of the area resorts are hosting Santa and Ms. Clause this weekend.  You can ski with Santa at Appalachian Ski Mountain on Christmas Eve from 1-4.  Starting today and through Sunday, Santa will be at the View Haus Cafeteria on Beech Mountain from 3:30-5:30.  You can even have breakfast with Ms. Clause on Saturday starting at 9:00 at the Buckeye Recreation Center on Beech Mountain – call 828-387-3003 for details. 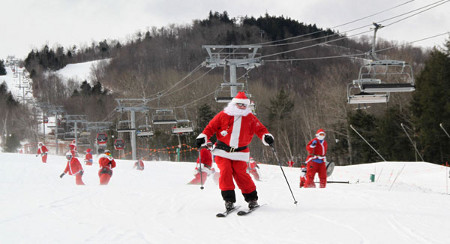 Don’t let a relatively short First Trax post give you the impression that the Southeast and Mid-Atlantic ski areas are not in full swing today – quit the contrary.  If you can make it out today – do.  We MIGHT be in for a little wet weather over the weekend, but cold, snow making temps return next week in time for Christmas.